We recently had a conversation with a friend from Penang who was surprised when we told him that many of his fellow Penangites were involved in designing the core of the current generation of Intel Core i3/i5/i7 microprocessors.

“Ha? Malaysians so good ah?” was the answer we got.

In fact, a largely Malaysian team of engineers in Intel, collectively known as the client CPU design team in Intel Malaysia has been involved in various aspects of microprocessor design for some 10 years. StarBytz recently made a trip out to the Intel Offices in Penang to have a chat with Intel’s Rani Borkar, Ko Ah Kim, Chua Ooi Hock, Goh Hong Tin and Navindra Navaratnam on being the pioneers of the project.

Although Intel as a company has had a manufacturing plant in Malaysia for much longer, about 10 years ago, a small team of Malaysian engineers from Penang was chosen to be the pioneers in taking the next step towards contributing to microprocessor design.

Rani Borkar, vice-president of Intel Corp’s architecture group as well as general manager for the microprocessor development group, who was then working on a project at Intel’s design centre in Portland, Oregon, was the one that started the Penang team’s journey.

“As we start thinking of working on any project, we have look at where the talent is and are they available at the time,” said Rani.

“In 2001 as we picked up this project, the Penang team had done microcontrollers and chipsets very successfully and they were ready for a new challenge. The timing was just right and the talent was there,”

So the Penang team moved there and for almost a year, worked on the same floor as the rest of Rani’s development team, to learn the basics of CPU design along with experts.

One of the Penang team members who also trained and worked in the Oregon design centre was Goh Hong Tin, then a 24-year old RCG — company-speak for recent college graduate.

Now a design component engineer, Goh says that the ramping curve was very steep for her as she had to learn the circuit design, methodology, tools and the microarchitecture quickly to be able to pick up the expertise required of an engineer at Intel.

“There was a lot of pressure because I was told by my manager at the time that since I was the first, if I did good, then there would be a higher chance to get more people from Malaysia to go there,” she said with a laugh.

Goh worked on the circuit design and contributed to the Nehalem microarchitecture, which formed the basis for the first Core i7 processors.

The collaboration with the Penang team turned out to be a success, of course, and as Rani says, one project led to another, then another and now, 10 years later, she has already lost count of the number of projects that the Penang team have worked on.

One of the biggest challenges of having design teams from all over he world, said Rani, is to set it up in such a way that people on both sides of the ocean can work on projects together without having to be constantly up at all hours of the day to accommodate time zone differences.

“As we do these projects together we are very thoughtful about how we distribute the work so that while we still need to have communication and interdependencies, it wouldn’t have to be done every day.

We also divided the chip in a very thoughtful way, making sure that the team had ownership of the pieces — they’re not just helpers here but also owners of big parts of the chip,” she said.

In a quid pro quo setup, sometimes some of the Penang team are sent to the United States to learn and eventually to come back and disseminate the know-how, while at the same time, experts are also sent to Malaysia to share their knowledge.

Nevertheless, odd working hours are still unavoidable, since the teams in the United States and Malaysia occasionally do need to have meetings to share information.

According to Navindra Navaratnam, senior staff engineer, the time difference means that meetings are often held at or even before 7am, with occasional midnight ones.

Fortunately, according to Navindra, Intel allows videoconferences to be conducted from home to minimise the stress levels.

“The most crucial time is during “power on” — when the first sample chip comes back from the fabrication plant and is powering up for the first time. Everybody has to be there at the plant, and probably there are people working on a 24-hour shift system just to get it powered up and enable other groups to start testing. I went through that phase and that’s quite a learning experience for me,” he said. In fact, thanks to globalisation and as microprocessors become increasingly complex, Rani says that multiple teams working across the globe contributing to the design will become the norm.

Intel Malaysia’s client CPU design team started out in 2001 with a little under a hundred employees, but it has now grown to over two hundred.

“It’s a misconception that Intel in Malaysia is only involved in manufacturing. In fact, there are a few thousand people working here who are involved in designing various products and platforms in the Intel portfolio,” said Ko Ah Kim, engineering design manager of the client CPU design team in Penang.

Ko, who has led the client CPU design team since 2001, says that there are a lot of talented Malaysians working in this line overseas that are not aware that the opportunity exists here.

He hopes that with more publicity about how much the Malaysian team has contributed to CPU design, more talented Malaysians will come back to to increase the pool of knowledge workers in this country.

According to Ko, stopping the brain drain and getting more talented individuals to come back is more imperative if we want to compete against countries like India.

“There are many skilled Indians working in many technology companies in the United States, be it Apple, IBM or HP, and because of that many also bring the expertise they get from these companies back to their home country,” he said.

“One of the reasons is that India’s curriculum emphasises a lot on science and technology and furthermore, English is also very important as a language, making it easier when it comes to working abroad.” Of course, nurturing new talents from our universities also needs to be a priority.

Chua Ooi Hock, design manager of the Penang CPU development team, is in agreement, and adds that our current university curriculum is not properly fine-tuned to the CPU industry.

“I think there’s a lot of effort and work needed for us to work with the university and the curriculum. Moving forward we try to work with universities by having collaboration programmes especially on the research projects,” said Chua.

Of course, solely relying on Malaysian talent alone is unrealistic — the nature and scope of Intel research and development work requires more knowledge workers than a single country can possibly handle and as such, Chua said that the company is always looking to cast its net wider to include talented engineers from neighboring countries.

“However, one of the other problems is the immigration process which is preventing us from getting talent from this region. For example, if we want to get a talented engineer from a neighbouring country, the whole immigration process takes something like three to six months,” he said.

“If we can ease this process then the situation can be improved. There are lots of talented people from our neighbouring countries but sometimes we just can’t get them quick enough to be able to deliver our project,” he said. — TAN KIT HOONG 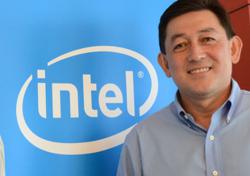