The front of the Samsung A8 is dominated by its 6.0 Super AMOLED screen and topped by dual front facing cameras.

IT IS always nice to see premium features trickling down to more affordable devices. In the case of the Samsung Galaxy A8+, users can now get an Infinity Display that covers most of the phone’s face on a mid-range model.

Though similar to the 18.5:9 ­display on the Galaxy S8 series and Note 8, the screen is a little less dramatic as it is not curved like on the Samsung flagship models.

The unusual aspect ratio means videos either have black borders or can be enlarged to fit, at the cost of cropping the edges slightly.

At this size, the ratio does have the advantage of making the phone comfortable to grip despite the large screen, even for someone with mid-sized hands.

Apps that mostly use scrolling gestures like Instagram or web ­articles can be done one handed, with the taller screen letting you see more at any one time. Typing one handed, however, is still out of reach for anyone without a long thumb or significant dexterity when using the Swiftkey keyboard.

The A8+ boasts the company’s first dual front-facing cameras on a mobile, which allow users to use the Live Focus feature so that the background is blurred to make the subject standout.

While the feature debuted on the Note 8 a few months back, it was meant for portrait photos as the dual cameras were on the Note 8’s rear.

The cool thing about Live Focus is that you can adjust the intensity of the Bokeh after taking the shot, translating to quicker and hopefully more natural selfies. Users can now also blur out photo bombers and fully focus on themselves. 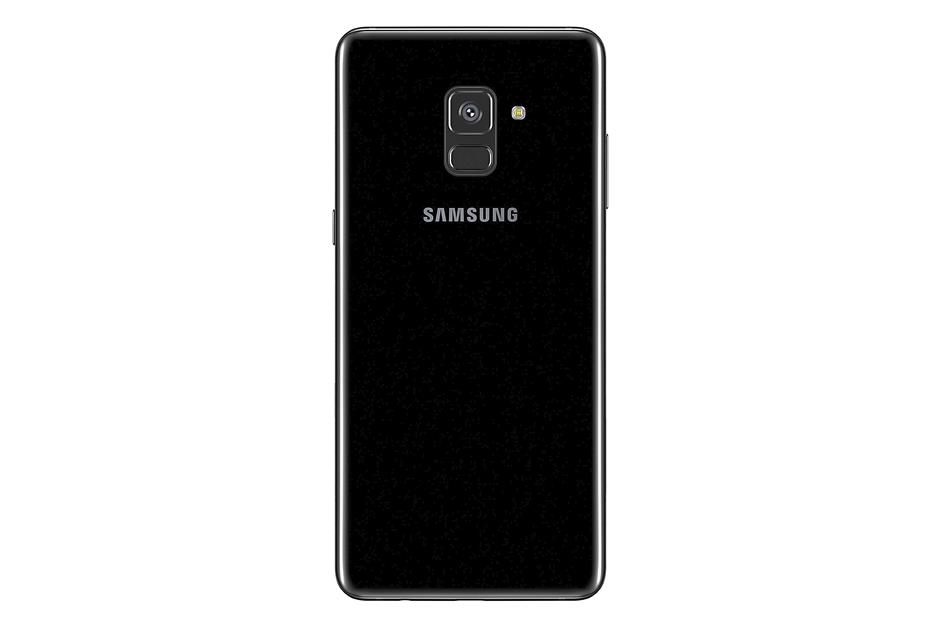 The sleek back of the A8 only features a 16-megapixel camera, flash, and fingerprint sensor for unlocking the phone. The front is dominated by the 6in screen with twin cameras at the top for shooting selfies.

The wider angle of the front-­facing cameras means being able to stuff more friends into a wefie, while still getting a good amount of background in the shot so you remember where and when the photos were taken.

The 16-megapixel rear camera, while perfectly capable for ­day-light and foodie photography, struggles a little to keep up once twilight sets in. Like most cameras that run on phase detection ­autofocus, contrasty scenes are a challenge.

Unlike the Note 8, it does not have OIS (optical image ­stabilisation), requiring users to have steadier hands to avoid blurry shots. In the A8+’s defence, it does cost nearly RM1,000 less, so the whole ­kitchen sink of extra ­features can’t be expected on the mid-range model.

Two great features the A8+ has are the face recognition scanner and fingerprint scanner on the back.

These work well together as the face recognition unlocks smoothly when the outdoor heat and dirt may render users’ fingers a bit too sweaty or grimy to unlock with ­fingerprints. Conversely, the ­fingerprint scanner is ergonomically placed under the camera lens, easily found even in the dark or as the phone is being taken out of a pocket or bag. 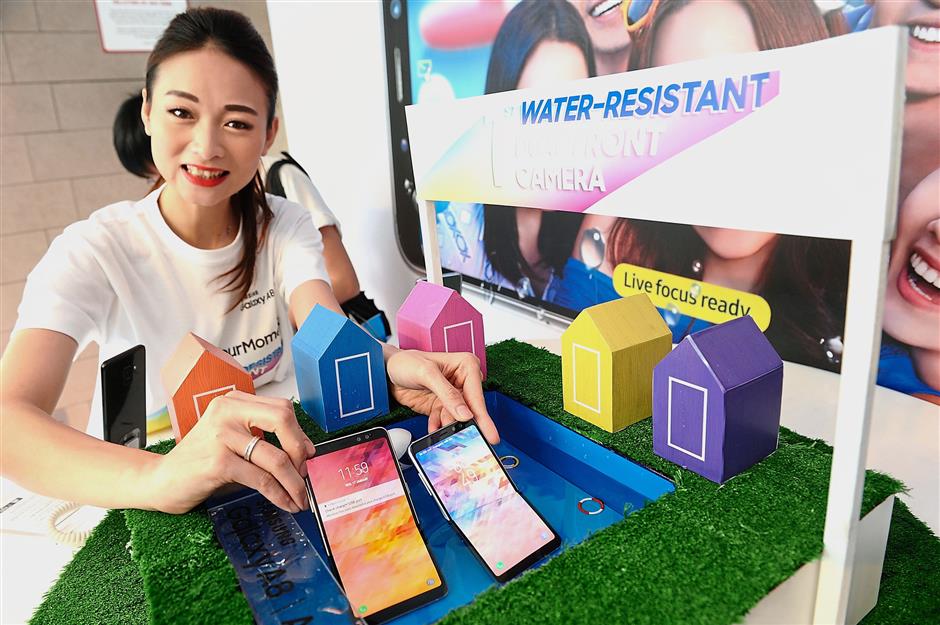 A model showing that dipping the smartphone in water isn’t fatal as the A8 meets the IP68 standard for water resistance.

The facial scanner had no ­problems recognising me whether I was using glasses, sunglasses or even a cap, though it does require users to hold it at a quite specific distance and angle to get a good scan.

For those paranoid that their phones are a little too easy to unlock, Samsung provides a ­software solution in the form of a Secure Folder for keeping personal files and private duplicates of apps. This is protected by a dedicated password and its defence-grade security system, Knox.

To put the A8+ through the paces, I used it as the primary phone for a full-day music festival in Singapore.

From an early morning flight to the end of the night, the battery just went on and on. Despite using it for photos, videos, ­checking in on social media and using it as a WiFi hotspot for friends to connect to the Net, it hung on with the aid of a brief 30 minute charge off an external ­battery and being turned to power saving mode a little past 4pm.

To note, the A8+ requires users to plug it into the provided charger to benefit from fast charging and will even warn users if the power source used is not supported.

While there was no rain at the festival, the IP68 rating would probably have toughed it out ­anyway.

For those who want Samsung’s premium features on a moderate budget, the A8+ is a strong ­contender. And the Infinity Display is a nice addition as it makes it ­easier to browse webpages.

The two questions to consider are how large a phone and how expensive a phone you’re ­comfortable with.

For those with tighter budgets or smaller hands, its little brother the A8 is a strong alternative, sharing similar design cues with slightly toned down specs.

Or else go all out and spring for the A8+, which still costs well below a flagship model at RM2,499.

Cons: Significantly pricier than the smaller A8; focusing could be faster.

Get the Samsung Galaxy A8+ right now at Lazada.