YOU no longer have to break the bank to own an Android ­smartphone, as there are many good choices even in the budget category.

What’s even better is that some smartphone makers are not just innovating their flagship models but also their entry-level devices. 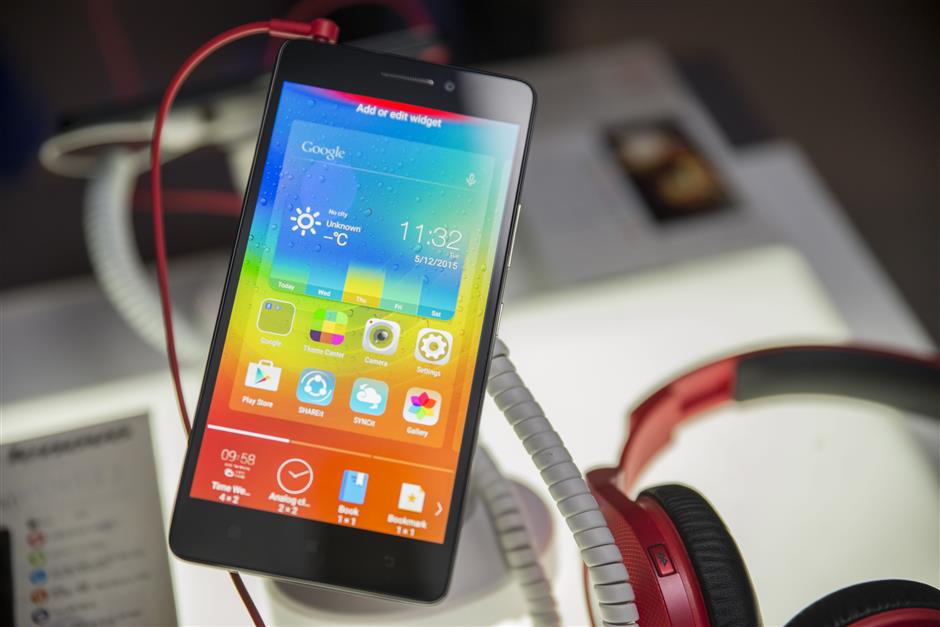 BETTER SOUND: The Lenovo A7000 is the first smartphone to come with Dolby Atmos sound processing built-in for a more immersive audio experience when using headphones.

Lenovo is one such company and its latest affordable Android, the A7000, is the world’s first ­smartphone to include Dolby Atmos audio technology.

This technology uses digital sound processing to give the user the impression of surround sound even with stereo headphones.

We watched a variety of trailers such as Guardians Of The Galaxy, Kingsman: The Secret Service and The Hobbit: The Battle Of Five Armies to test the sound quality and compared the A7000 with the iPhone 6 and a few other Android devices.

Even when we used regular headphones we could hear the difference clearly. The A7000 sounded superior to the other devices, delivering an immersive experience.

It wasn’t mind blowing like in the cinemas but we appreciated the extra clarity – the sound produced by the other devices sounded flat in comparison. 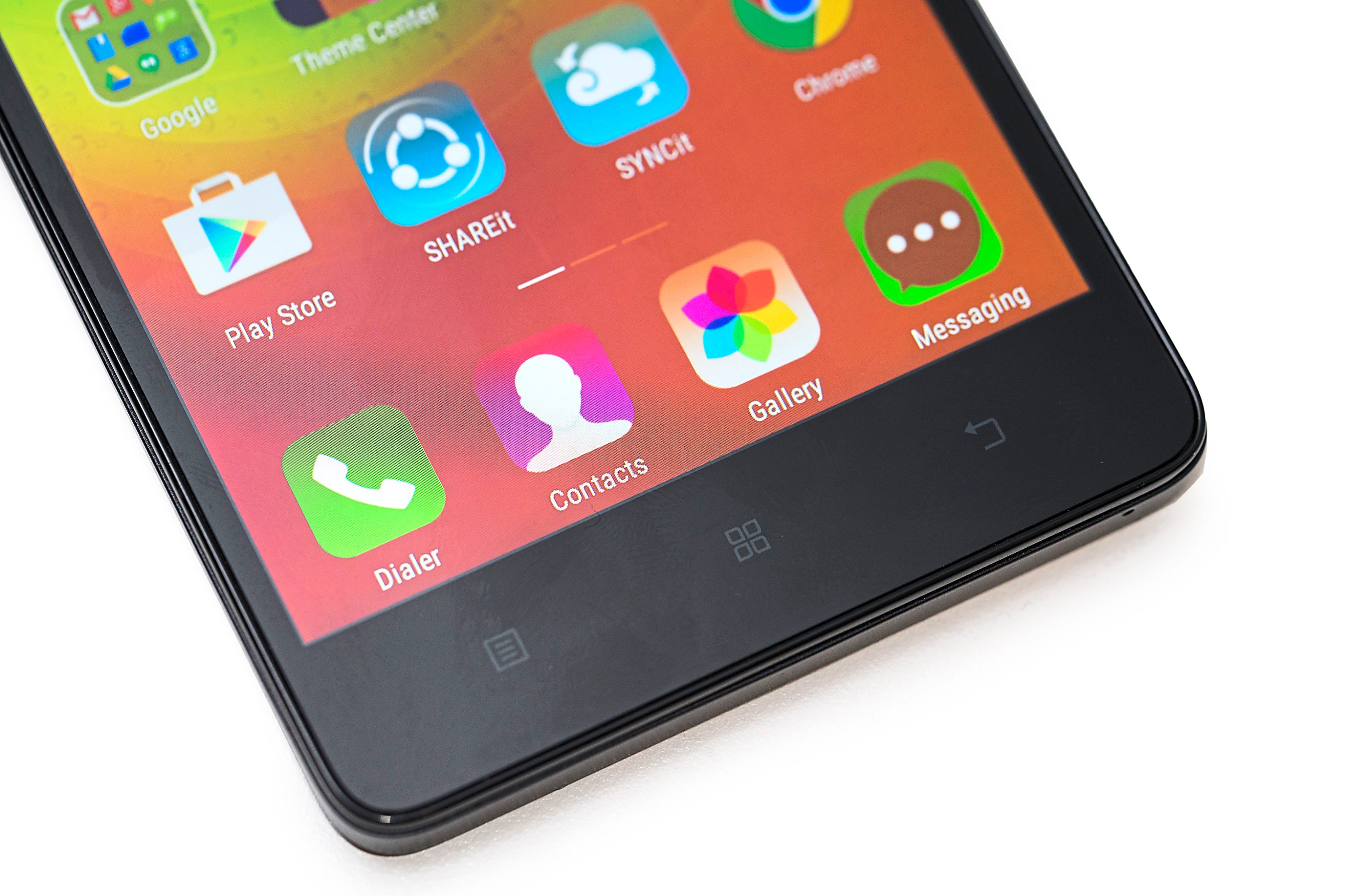 We wouldn’t have minded ­watching the entire movie on the A7000 as it has a fairly large screen. The 5.5in display is of the IPS (in-plane switching) variety which offers wide viewing angles.

However, it only has a resolution of 1,280 x 720 pixels which isn’t ideal for a screen this size, so the display looks a little washed out.

The A7000 has an 8-megapixel main camera, and a 5-megapixel front-facing camera for selfies.

The main camera does a decent job but uses strong noise reduction which results in loss of detail and generally soft images.

SIMPLE: The A7000 has an 8-megapixel rear camera with LED flash. – TAN KIT HOONG/The Star

The camera app isn’t as feature-packed as other smartphones’ – it only has a few modes and the UI is simple. If you don’t like clutter then you will like the A7000’s camera app.

The A7000 runs on a MediaTek MT6752m 1.5GHz octa-core processor with 2GB RAM, which is not too bad for an entry-level smartphone.

Unlike other budget Android smartphones we tested, the A7000 had no problems handling games or apps. It ran games such as The Wolf Among Us and Asphalt 8 smoothly without dropping a frame.

The A7000 scored 4,010 points on PCMark For Android for work ­performance, which makes it ­superior to the Sony Xperia Z3 but slower than the Google Nexus 6. Work performance measures how well the smartphone handles ­workloads when it’s used for web browsing, writing, watching videos and photo editing. 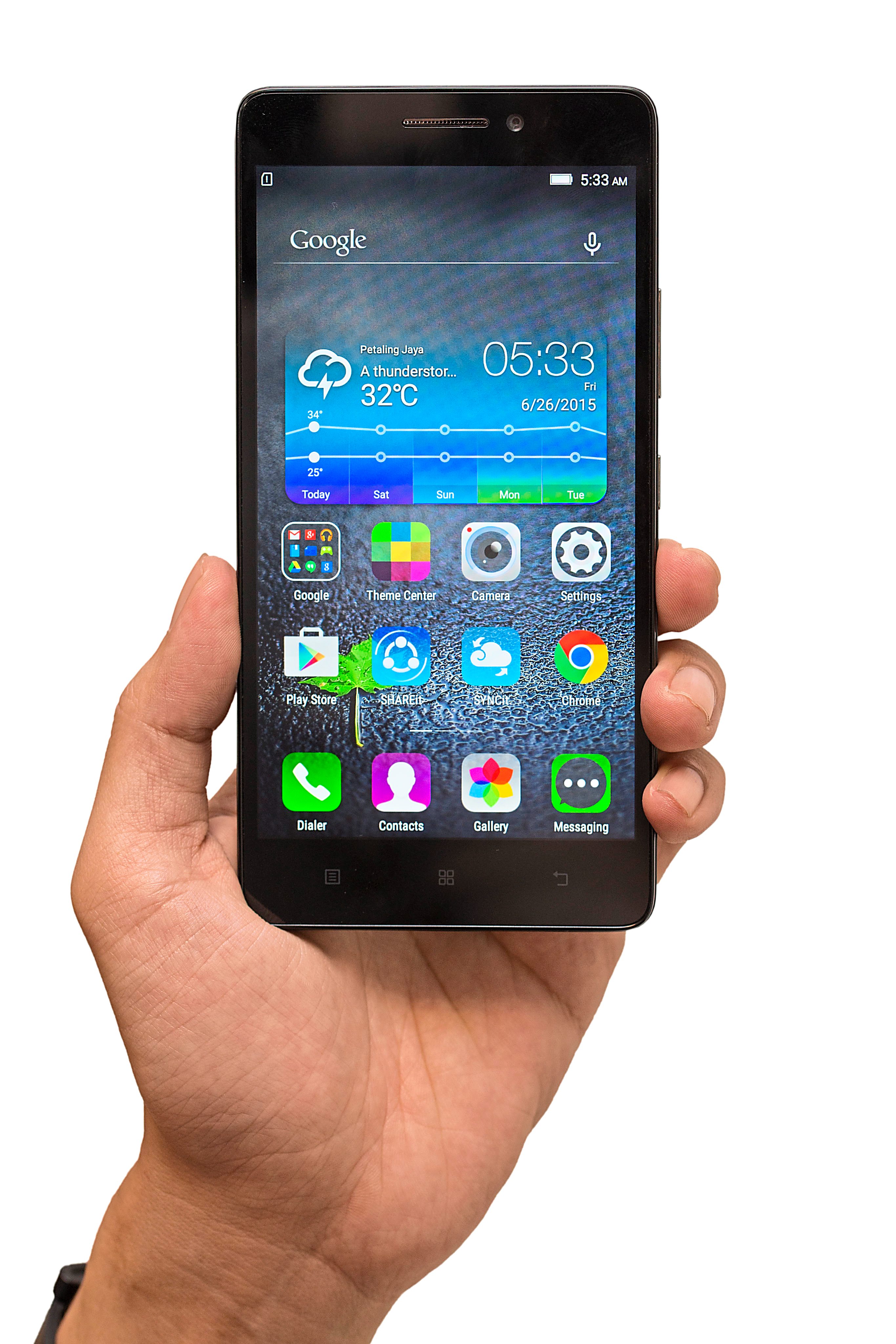 USER-FRIENDLY: It’s easy to handle this smartphone, as it’s slim and light.

The smartphone tended to heat up but this seems to be a common ­problem with most Androids. The A7000 started to get warm after about 15 to 20 minutes of heavy use.

Having said that the heat build-up was pretty bearable mainly because the back cover is made of plastic. Our only concern is that the heat will shorten battery life.

As it stands, the 2,900mAh battery was enough to power the device till the end of the day with moderate usage that included calls, messaging, ­surfing and playing a game or two.

On PCMark it lasted about six hours and 42 minutes which is a lot better than most of the other budget phones we tested.

The A7000 comes with 8GB of internal storage. That’s not much to begin with and it gets worse – only 3.61GB is available to the user as the rest is taken up by the operating ­system and pre-installed apps.

As Lenovo is hoping to sell it as a multimedia device it should have included a larger storage. In any case, you can expand the storage by another 32GB using the MicroSD card slot.

Even that may not be enough for some users, as apps and games are getting bigger by the day, and not all can be installed on the external ­storage.

The A7000 comes with Android Lollipop out-of-the-box which is great as most manufacturers have been slow to include it even though it has been around for sometime.

It has been overlaid with the ­company’s Vibe UI which looks ­better than ever – the dark, flat look complements Lollipop’s material design well.

The dropdown menu has also been improved to make it easy to turn on or off features like Dolby Atmos, WiFi, Sleep Mode and GPS.

The company has removed the app drawer which means all the installed apps will show up on the homescreen. We prefer to have the app drawer as it makes it easy to hide apps we don’t use often.

This is easily solved by installing the Google Now Launcher which will bring back the app drawer.

It also has a Theme Centre, but it has not been updated with any new themes other than the six default ones.

There’s a lot going for Lenovo’s A7000, as it has many features that were previously only available in smartphones that cost much more. And the icing is the Dolby Atmos audio technology which no other smartphone has for now.

It’s let down by limited storage space and basic camera but this is only to be expected in a budget device.