This premium Samsung smartphone comes with an affordable price tag.

The selfie craze is not about to die down if the popularity of selfie sticks is anything to go by. This has made smartphone makers fit their products with even better front-facing cameras for the selfie in you.

Samsung smartphones have long been associated with plastic bodies. Determined to shake off the perception, the South Korean giant released its first metal framed smartphone with the launch of the Galaxy Alpha last year and it was followed by the Galaxy Note 4.

The metal trend continues with the Galaxy A5. Even though it’s categorised as a mid-range phone, it’s one of the first Samsung models to sport a unibody design.

This means the build of the device is tougher, as there aren’t any removable parts. However, the disadvantage is that the battery isn’t user replaceable. STURDY: It's one of the first Samsung phones to sport a unibody design.

For storing apps and games, it comes with 16GB of internal memory and a microSD expansion slot that supports card sizes of up to 128GB.

The expansion and nano-sim card slots are on the right side of the device and require a pin to be opened, just like most unibody smartphones.

The A5 is unusually missing an LED notification light, a common feature of most Android smartphones. We sorely missed having an indicator light to inform us of missed notifications, messages and calls.

In terms of looks, the A5 bears the familiar Samsung design with the physical home button flanked by the two soft keys on either side, but the metal unibody gives it an added touch of class.

Samsung devices are well known for their screens, and the A5 does not disappoint with its 5in Super Amoled touchscreen.

It wasn’t too long ago when a 4in screen seemed too big for a smartphone, but now that people have started getting accustomed to larger screens, 5in actually feels just right for the device.

The smartphone doesn’t feel overly big in the hand, thanks to the slim body which is just 6.7mm thick. In fact, our only complaint is that it’s too thin! 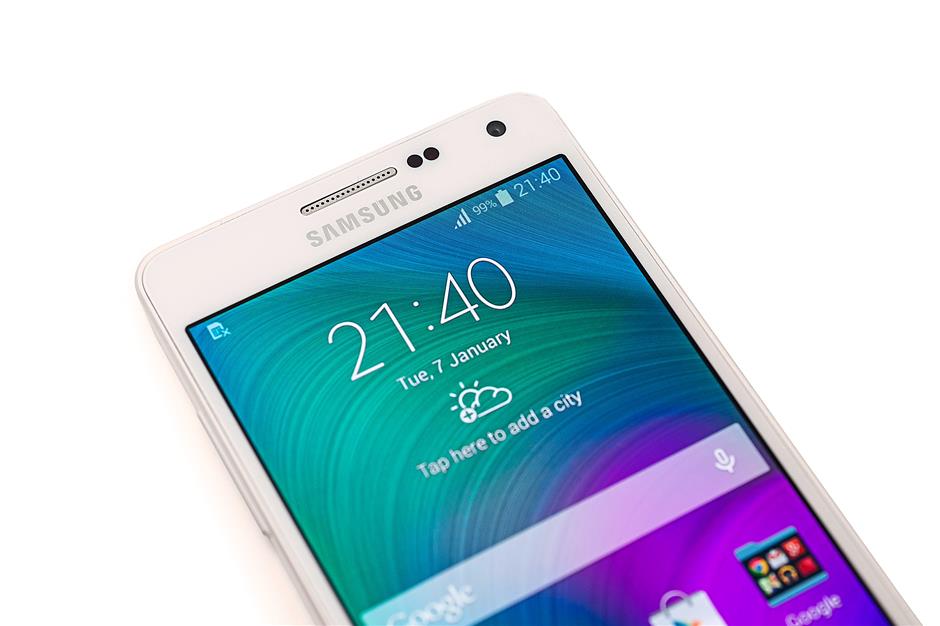 SUPER SHARP: The screen is a Super Amoled display.

The screen is impressive which is not surprising as it’s a Super Amoled display which looks great even under bright sunlight.

The other obvious advantage of a Super Amoled is that it’s great for media consumption. Pictures and videos appear vivid and lively compared to other types of screens although some may argue that the bright colours look a little artificial.

The main selling point of the A5 is the front-facing 5-megapixel camera, as the company is marketing the smartphone for its wide-angle selfie feature.

If you are wondering if Samsung has fitted the device with a wide-angle lens then the answer is no. The wide-selfie feature is actually a panorama mode where you have to pan the camera from left to right to capture a wider audience. 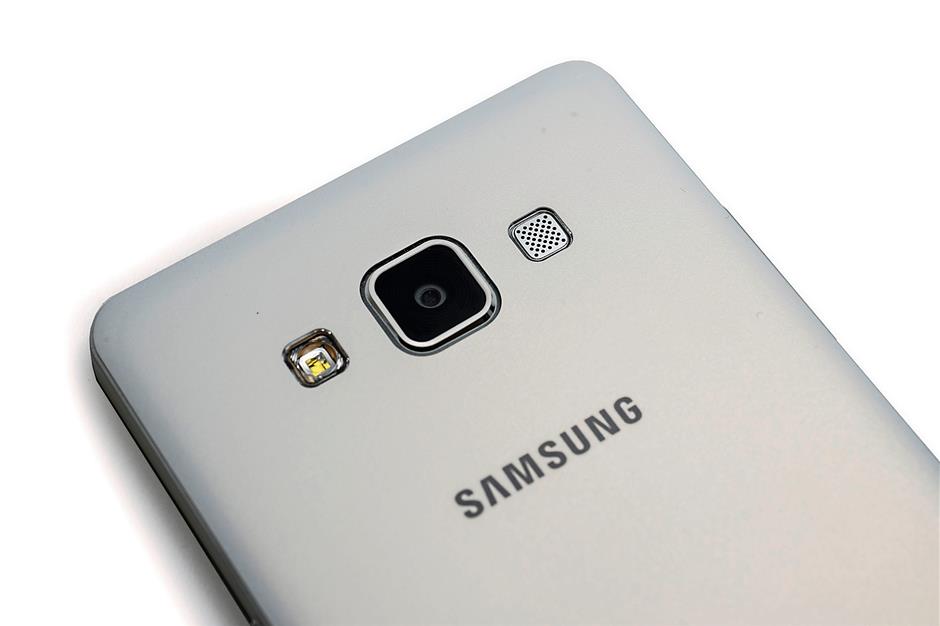 MORE THAN SUFFICIENT: The A5's main camera is 13-megapixels.

It doesn’t take long to get used to the concept, and it’s rather fun to play with when you want to take a selfie with a large group of people.

The smartphone also comes with a good deal of other features for selfies. There are functions to control skin complexion, enlarge eyes and slim the face in real time.

The A5’s main camera is 13 megapixels — it’s not as fast as the cameras found on the company’s flagship models but it shoots decent photos and videos.

As it’s a mid-range smartphone, the A5 will likely appeal to younger users who are also into mobile games. For this the smartphone has a quad-core Qualcomm 1.2GHz Snapdragon 410 processor and 2GB RAM — that’s enough firepower to run most popular games.

We tested the device with games like Clash of Clans, Subway Surfers and Plants Vs Zombies, all of which played without a glitch. Graphics-intensive games like Nova 3 played fine but suffered from the occasional lag.

The speakers on the A5 sound good but are not too loud, probably because of the smartphone’s slender profile.

The smartphone runs on Android 4.4.4 KitKat with Samsung’s TouchWiz user interface (UI) which has some of the coolest functions. Multi Window, for instance, allows you to open two apps simultaneously and Air Gesture lets you navigate webpages without touching the screen.

One of the problems with newer smartphones is that they don’t last the entire day on a single charge.

With the A5, you can expect a decent battery life that is above average. We routinely managed to get it to last a full day of use, which included some light gaming and a good deal of selfie-taking with some extra juice to spare by nightfall.

In short, the Galaxy A5 is a premium smartphone with a relatively affordable price tag.

There are cheaper alternatives in the market, especially from Chinese manufacturers, but the A5 is one of the best value-for-money smartphones from Samsung.

For the price tag of RM1,199 you’ll be getting a metal unibody smartphone with 5in Super Amoled screen, quad-core processor, 5-megapixel front-facing camera and a bunch of useful functions.

It’s especially worth checking out if you are into selfies.