Destiny might be one of the most polarising games of the 21st century. The original product and its follow-up expansions (The Dark Below and House of Wolves) established a base of players who love the game, but naysayers were quick to point out the game’s many shortcomings.

A lack of mission variety, nonsensical story, clumsy quest interface, confusing levelling, and misleading loot system are just a few of the complaints Destiny faced during its first year. New strikes join the fray and some old strikes have been reworked, but all of them are a blast to play.

Still, the original isn’t short of fans who love its spot-on first person controls – the best a console has ever seen.

It also has an amazing arsenal of weapons, seamless multiplayer world for both co-op and competitive play, and gorgeous world to explore – all wrapped in the RPG (role-playing game) trappings that MMO (massively multiplayer online) fans have loved for years.

Year one for Destiny was a story of great success and confusing failures, but it drew millions of gamers into its world despite its shortcomings.

Bungie clearly listened to the community’s feedback on what needed improvement, because The Taken King tackles the major problems head-on.

It marks the beginning of year two, but more importantly, The Taken King is a rebirth for the series and ultimately represents the game that Destiny was trying to be from the start. You won’t find a console shooter with tighter gunplay. It can make anyone feel like a pro.

The story has been streamlined from beginning to end, including slightly reworking and rerecording parts of the original narrative.

The new content may not shed much light on the epic sci-fi world, but it does deliver a fun and coherent romp that finally gives the characters of the world personality.

The world is no longer filled with unconnected non-player characters; the citizens of the tower finally seem to stand for something, and now when they speak, I actually listen.

The Taken King has a number of quests that continue the adventure past the culmination of the base game’s storyline.

They feature some of my favourite missions in the game, and are definitely worth playing. These quests also include rewards like elusive pieces of legendary armour, exotics (the ultimate prizes), and the new heavy weapon – a melee sword that I quickly fell in love with. 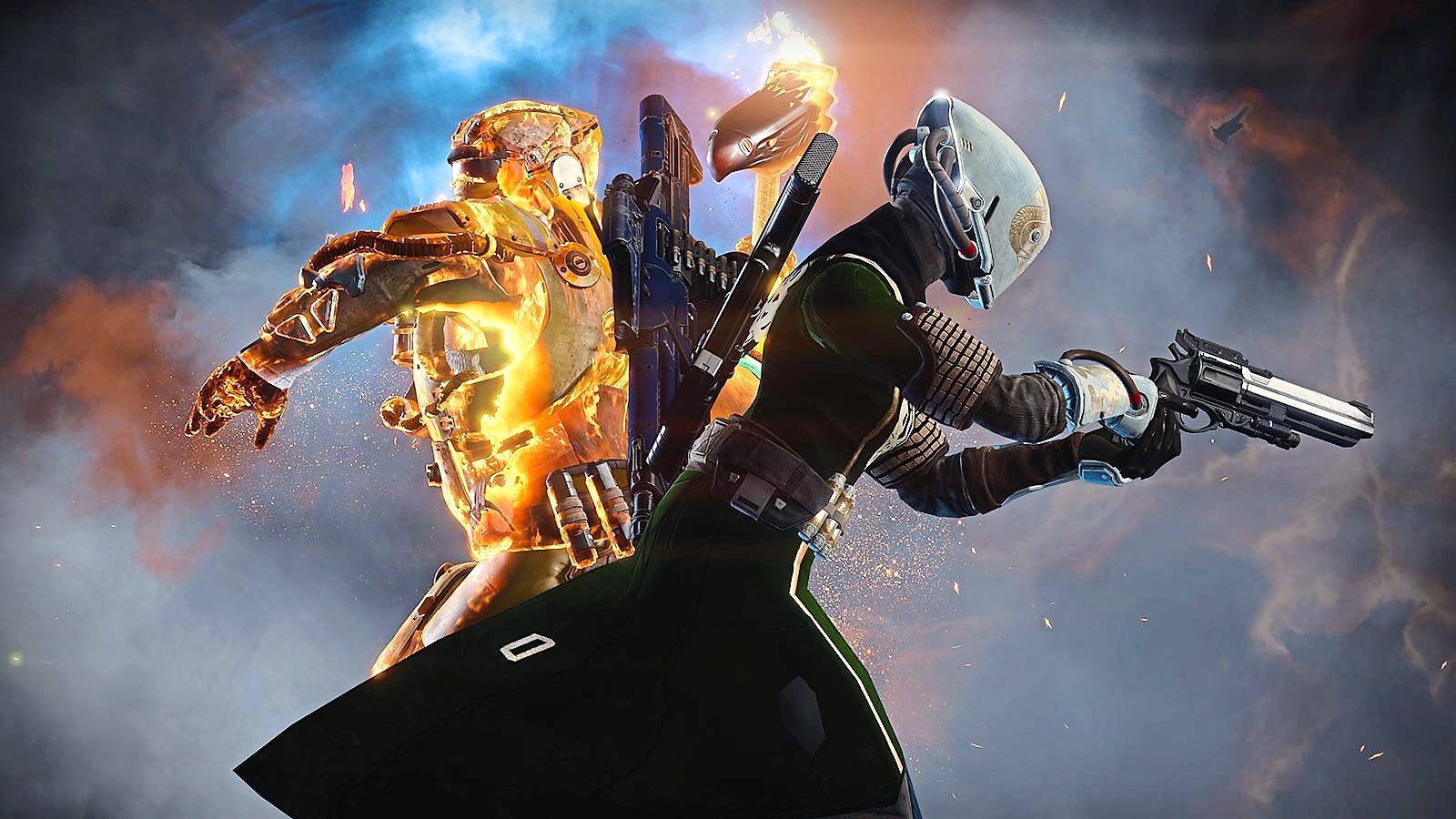 From the weapons to the environments, Bungie’s attention to detail shows at every level.

New strikes join the fray, some old strikes have been reworked, and new competitive game types are available across an array of old and new Crucible maps.

Even better, all three classes (Titan, Hunter, and Warlock) have a new subclass. These are all expertly executed, and the new powers and strategies they introduce make the classes feel new again.

The loot system is still based on the classic uncommon-rare-legendary-exotic scale of quality, but the way they drop and how you upgrade items is much improved.

For one, legendary engrams actually drop, and they give legendary items. But so do great blue items, which you can use for a while to up your light level (which is essentially your item level) to grant access to new content. 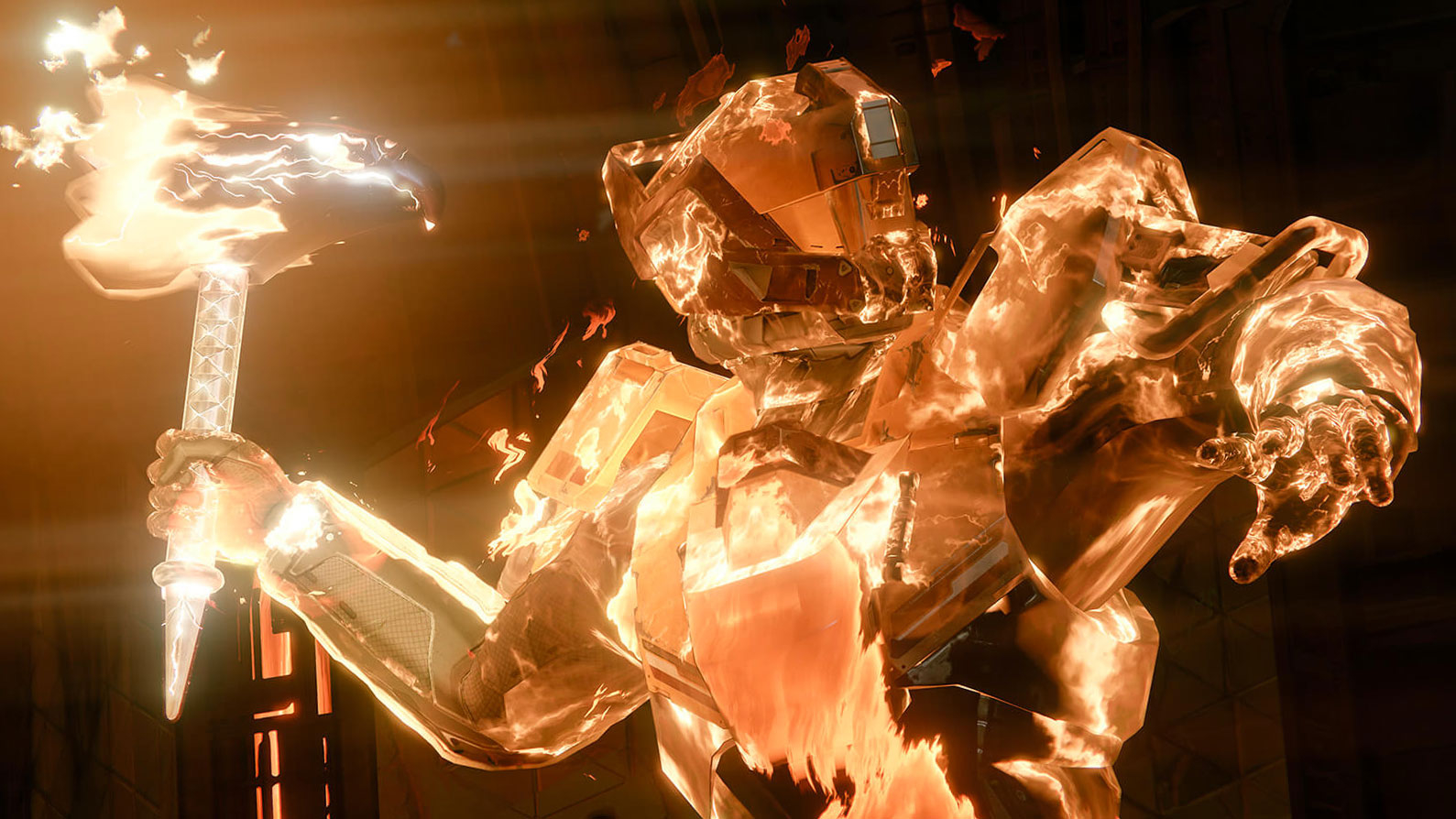 The action in Destiny: The Taken King is red hot.

Eventually you may want to use them or other items of the same type infuse lower level items that feature perks you prefer.

This system gives all loot more value, which brings a Diablo-like excitement to heading back to the tower to sift through all your rewards.

The Dreadnaught – The Taken King’s primary new environment – is Bungie’s best public play space. It’s full of surprises, including the Court of Oryx – a fun public event that features quick horde-mode rounds against giant bosses, and many other mysteries that require finding keys that unlock rare loots or entire events.

Finally, players get the new raid, King’s Fall. The raid is best explored on your own, but I can say this without spoiling anything: it is a culmination of what Bungie has put into all the other raids. The new content may not shed much light on the epic sci-fi world, but it does deliver a fun and coherent romp that finally gives the characters of the world personality.

King’s Fall is easily the biggest, with all the fan-favourite elements including mazes, jump puzzles, and fantastic encounters that require teamwork and communication to complete.

The King and I

The Taken King ultimately is what the players – and probably even Bungie – always wanted Destiny to be.

The improvements to the user interface and quest system alone make the game so much more playable, but they quickly fade to the background once you dig into the content. Destiny is an absolute blast thanks to an amazing score with phenomenal sound effects.

The game is not without some minor annoyances, but the good far outweighs the bad. You couldn’t pick a better time to try Destiny if you haven’t already.

The Taken King is a testament to Bungie’s craftsmanship and its ability to listen to the feedback from the players who both loved and hated year one. The studio has given us a game that truly is legend. — Game Informer Magazine/Tribune News Service