Bungie is back with its most ambitious game ever.

BUNGIE has long been associated with Halo, Microsoft’s biggest franchise for the Xbox gaming consoles.

However, it quit the Halo scene four years ago to create its own game — Destiny — an ambitious massively multiplayer online (MMO) first-person shooter for the PlayStation 3 and Xbox 360, as well as PlayStation 4 and Xbox One next-gen consoles.

It is a game that feels familiar in many ways yet has a different look and feel.

Destiny takes place far in the distant future after mankind discovers the Traveller, a mysterious sphere that grants advanced technologies such as space travel, sparking a golden age that lasts centuries.

It all comes to an end with the appearance of the Traveller’s ancient enemy, known only as The Darkness, which causes the collapse of all civilisation. 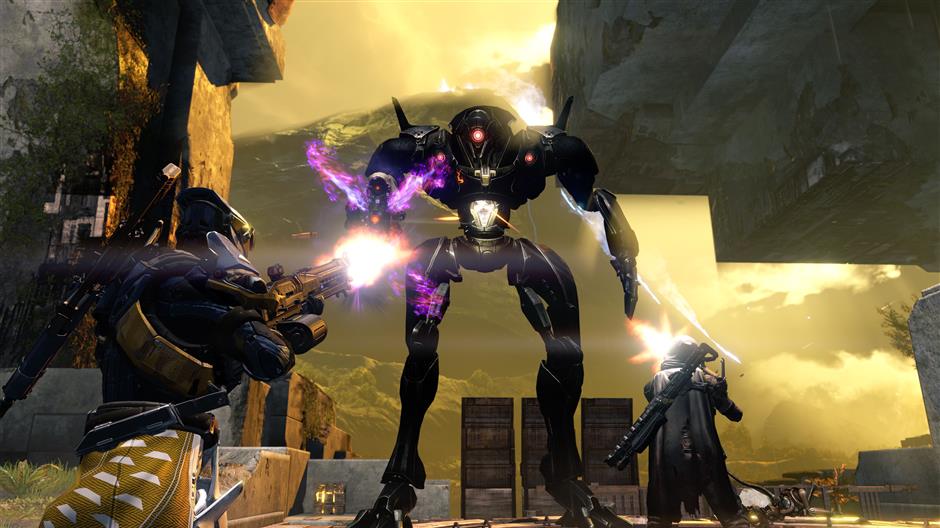 NASTY BOTS: Guardians have many enemies including the Vex, nasty robots that want to obliterate humanity.

Centuries after mankind’s fall, an artificial intelligence known as the Ghost, voiced by Game Of Thrones’ Peter Dinklage, resurrects you from the dead to be a Guardian.

There are three classes to choose — the heavily armoured Titan, agile Hunter or magic wielding Warlock.

As a Guardian you will be travelling across the galaxy to distant planets like Venus and Mars to destroy the monsters that The Darkness has set loose.

The campaign has a total of four planets to explore, each with about five story missions.

Our biggest gripe with the game is that the story missions are dull. It felt like we were just visiting random locations in the galaxy with no proper story to guide us. 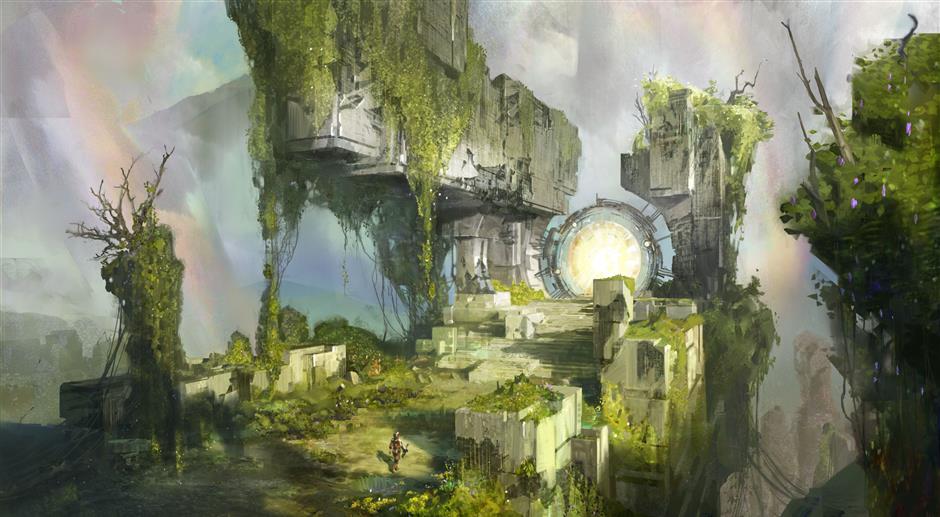 MYSTERIOUS: The jungles of Venus hide many secrets and ancient ruins.

Story issues aside, Destiny’s expansive areas such as Old Russia, an old Moon installation base, jungles of Venus and dusty ruins of Mars give you plenty of space to run around and kill aliens.

Although the level designs are creative and unique, we didn’t find them to be particularly spectacular or memorable. To be fair it’s because we have pretty much seen what Destiny has to offer in other games before.

What can’t be denied is that the stunning day and night cycle gives each level a dynamic appearance and different feel.

Sadly, there isn’t much variation in the story missions. You basically go from point A to B, killing everything that stands in your way. At the end of the mission you will face a big boss or have to survive an onslaught of enemies. 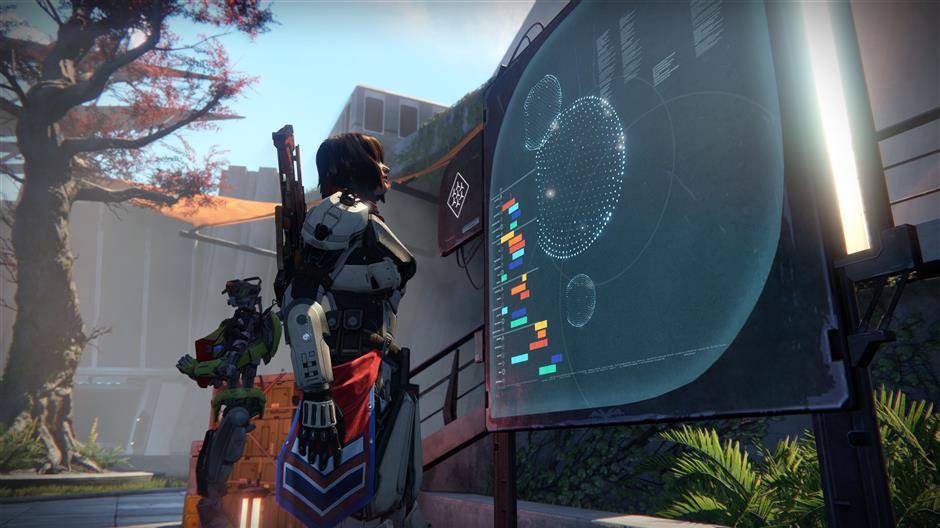 TEST YOURSELF: Undertake new and challenging bounties from the Tower to test your skills.

Once you have completed a mission you can replay it over and over again although we don’t see much point in repeating the same mission except to grind for more experience points or farm for loot.

If you prefer to explore the world of Destiny at your own leisure, there is a free roaming mode called Patrol which lets you visit any part of the map. This allows you to hunt for golden chests containing goodies or engage tougher enemies.

There are, of course, plenty of other missions on the map that you can undertake but they are mostly unimaginative and tedious to do like having to kill a certain number of enemies.

Destiny is not a traditional shooter in the sense that it doesn’t have a separate ­single-player campaign and multiplayer mode. It instead marries the two in the same manner as an MMO.

This means the game needs to be ­connected to the Internet at all times — if your connection is not stable, the experience will be less than enjoyable, as the server will kick you out of your current game or the matchmaking process will be very slow. 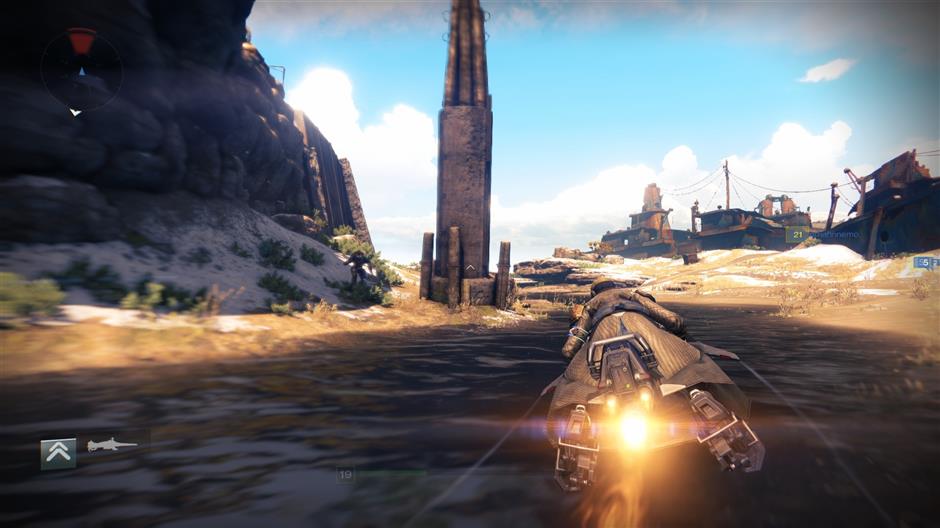 GETTING AROUND: The Sparrow is your main mode of transport around the world of Destiny.

However, there are advantages in staying connected as you will see other players while you explore the game’s various worlds, so it doesn’t feel like you are the only Guardian fighting against the alien hordes.

There are also random “world events” that occur as you play the game — this allows you to team up with other Guardians to protect an asset or destroy an enemy facility, for example.

What we found most enjoyable were the challenging Strike missions where we had to work together with two other players to take down a powerful end-of-the level boss.

Being always online also means you can get almost instant access to the Crucible where you can play games such as Capture The Flag and Deathmatch (solo or team-based).

There is nothing here you have not already seen in other games but we found the ­matches to be quite challenging.

If you are not a diehard shooter fan who spends hours playing competitive ­multiplayer, you will find it frustrating.

Despite our many complaints, Destiny still has some redeeming features. The controls, for instance, are really smooth.

Also, combat is slick and incredibly intense at times especially when going up against swarms of enemies but rarely ever gets frustrating.

And while you can play the game solo, it’s far more fun to play with others even if they are strangers. The big bosses, for instance, are definitely meant to be tackled in a group and having a few Guardians to watch your back is always great. 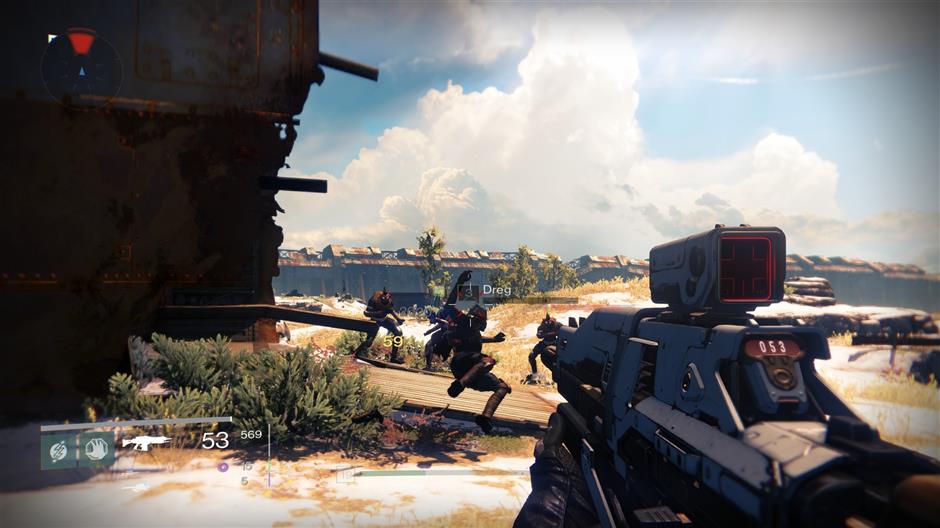 STAY SHARP: Enemies like the Fallen lurk around every dark corner so watch out.

Completing missions, collecting bounties and defeating enemies net you rewards and the loot just keeps getting better and better.

However, Destiny doesn’t go overboard in loot drops in the way Borderlands does but it gives you a neat assortment of weapon and gear periodically.

Gear of higher grade can also be ­upgraded by using it in combat, so there is always something to do in Destiny.

Bungie has tried to make Destiny ­different from other shooters by building an ­experience that blurs the line between a ­single-player game and an MMO experience.

It succeeded in doing that but failed in other areas such as story telling which is a mess. The almost nonexistent story has lots of holes which we expected the Ghost to remedy but it doesn’t. In fact, most times it feels as if Peter Dinklage isn’t even interested in reading his lines. 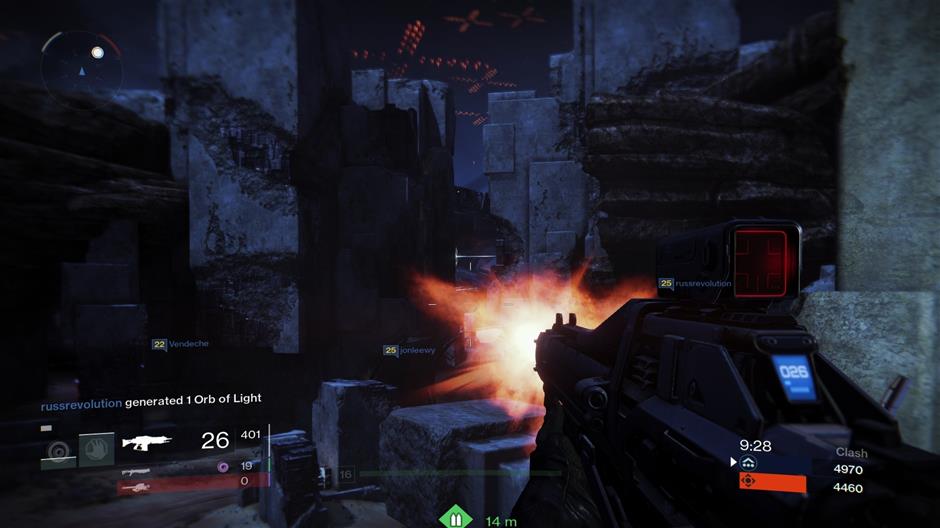 FUN: The Crucible is a challenging competitive multiplayer mode that will test your skills.

Also, while the story missions are challenging and the level designs are fancy but there aren’t enough variations in the missions.

Nevertheless, it was fun but only because there were plenty of big battles to participate with other Guardians. If anything, Destiny is an interesting game that shows what can be achieved by having a persistent online world.

In its current state it isn’t as great but we can only hope Bungie is busy fixing this with more content.

Cons: Story is not fleshed out; not enough variety in story missions; requires constant Internet connection.