FarSky: Below the waves

HOME SWEET HOME: Your underwater base is the only place where you'll really feel safe underwater.

FarSky is a survival/crafting game under the sea. It’s less about whimsical singing lobsters and more about running away from sharks.

In respect to living under the sea, Sebastian the lobster once sang, “Darling it’s better. Down where it’s wetter”. There’s a ­certain optimism in this ­statement that completely ignores how life underwater often involves ­evading a non-stop parade of aquatic predators.

Fortunately, we have FarSky to rectify this idyllic misconception. This PC title is an underwater survival game where you’ll spend equal amounts of time crafting, exploring, chasing fish to eat and running away from fish that want to eat you.

At first, the thought of an underwater survival sim was very exciting to us. Perhaps it’s all those stories of Atlantis we read as a kid, or perhaps we envisioned sealed underwater cities ala Bioshock.

Unfortunately, our ­expectations were a little too high for ­something that goes deep ­underwater. FarSky offers you one thing and one thing only: the experience of living underwater.

No fantastic underwater ­cities, no magical adventures and ­certainly no singing lobsters. It’s just you, the seabed and a host of mostly-normal (and very hungry) marine life. SHARK ATTACK: Why are you still reading this caption? Run!

We started the game in the standard Adventure mode, where we played as a diver named Nathan who ran into an ­unfortunate accident.

His submarine — his only ticket to the surface — had been broken into multiple parts and scattered across the ocean floor. Now it’s up to him to gather all the pieces and make his escape.

As with most survival games, you know the drill: Nathan has to mine resources and improve his equipment so he can traverse deeper into the ocean. He’ll need weapons to defend against the dangerous sea life that he’ll often encounter, food to lower his hunger and an underwater house where he can restore his air ­supply.

The seaweed is always greener

We basically have one good thing and one bad thing to say about FarSky.

The good thing is that it’s immersive. Sure, FarSky ain’t Far Cry and its graphics engine is relatively simple, but the visual aesthetics and soundtrack do a fantastic job in making you feel like you’re the only man/woman walking on the seabed. This isn’t the kind of game that we’d ­forget any time soon.

In some of the nicer moments of FarSky, we’d find ourselves lost in the game world, walking through towering forests of kelp as schools of colourful fish swim by.

As we looked up, we’d see majestic whales and mantas going about their merry way, ignorant of the tiny human returning to his carefully-built underwater home while carrying a pack full of freshly mined ore. THAR SHE BLOWS: We'd occasionally see majestic whales swim across the ocean... although we never got around to going Ahab on them.

It’s nice. It’s pleasant. Unfortunately, it can also be ­pretty boring, which is basically that one bad thing we wanted to say about FarSky.

“Boring” might be a strange thing to call the game considering how one of our first statements about FarSky was that there were sharks in the ocean, but hear us out.

In similar survival/crafting games that use randomised maps, such as Minecraft and Starbound, you’ll often encounter different biomes.

Plains might give way to lush forests, and forests might border snow-covered tundras. Sometimes, if you’re lucky, you’ll find an NPC settlement or ­abandoned dungeon. There’s a variety of vistas to discover. 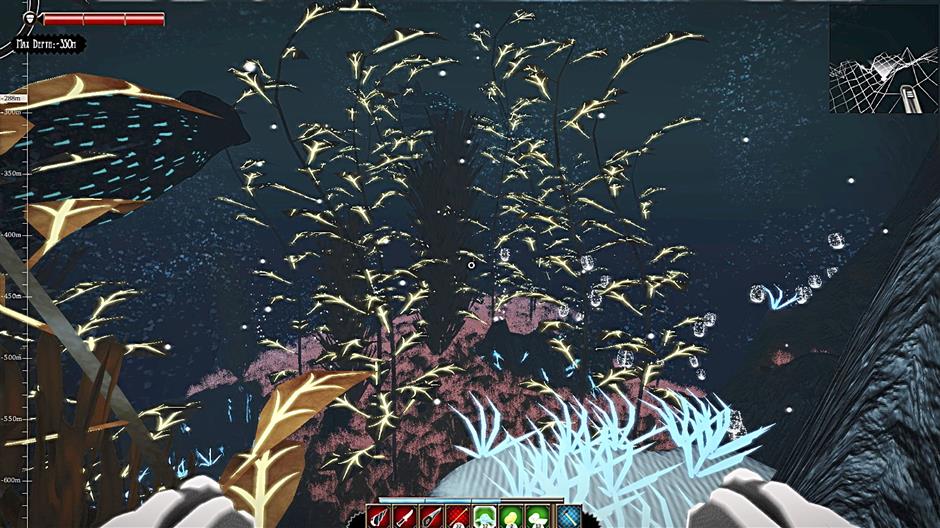 GLOW BALLS: You'll find more luminescent life the deeper — and darker — you go into the ocean.

Not so with FarSky. There are exactly three levels to the sea — underwater, deep ­underwater and super deep underwater — and that’s it.

These correspond neatly to the three tiers of equipment upgrades you can craft, but they’re not the kind of ­environment that rewards the naturally adventurous.

We finished the main Adventure mode in as little as three hours. We could have continued in Survival Mode (where we’d only have one life, no respawns) or or in Sandbox Mode (where we’d have no objective but to survive) but there was no reason for us to. We had already seen everything FarSky has to offer.

We have so little to say about FarSky that we’ve decied to spend the rest of this section giving you advice on what to do, because the game doesn’t make a few important things obvious enough.

First, hoard all the gold you can find. Gold is the most important resource as you’ll need it to craft better diving helmets so you can dive deeper and better air tanks so you can explore further. SUNK: The only man-made highlights you'd find in the undersea map are shipwrecks littered with treasure.

Second, you need food to heal and control your hunger.

However, until you can upgrade your home base with a proper potato farm, you’ll be hunting fish for sustenance. Craft a knife so you can re-enact scenes from Psycho spliced with Finding Nemo.

Third, every single fish you kill has the unfortunate side effect of attracting sharks.

If you can’t see the vicious cycle forming here, let us explain: when you hunt fish, you’ll inevitably be hurt by sharks. When you’re hurt, you need food, so you hunt fish...

Sebastian, you liar — life under the sea is just an endless cycle of predation. Spare us your catchy tunes!

That’s it, we don’t really have anything more to say about FarSky. We enjoyed the actual ­experience of playing it — being lost ­underwater and all — but after we finished we were left wanting a more fulfilling experience.

You could say that FarSky’s a far cry from the aquatic adventure game we were wrongly hoping for, and you’d be right.

We just wished that there was more to this game than what it currently offers, because we can see the potential for a really great game here.

Ironically, FarSky doesn’t have enough depth to warrant its price tag, and this is a game that’s all about fathoms.

Pros: Atmospheric, if that’s what you can call being ­underwater.

Cons: Surprisingly not much depth. 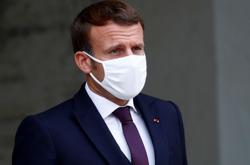