2 Family resemblance: the Canon EOS 5DS R looks like the EOS 5D Mark III and can accept many of the same accessories

Canon's 5DS R takes the crown as the highest-resolution DSLR on the market right now.

I HAVE often said megapixels don’t matter for digital cameras and that you’d be happy with an 8-­mega-pixel shooter as much as a 24-megapixel one.

The advice still holds true for most casual and enthusiast photographers. However, if you’re a professional, higher megapixels matter because it means that you have more options for cropping images or printing larger. 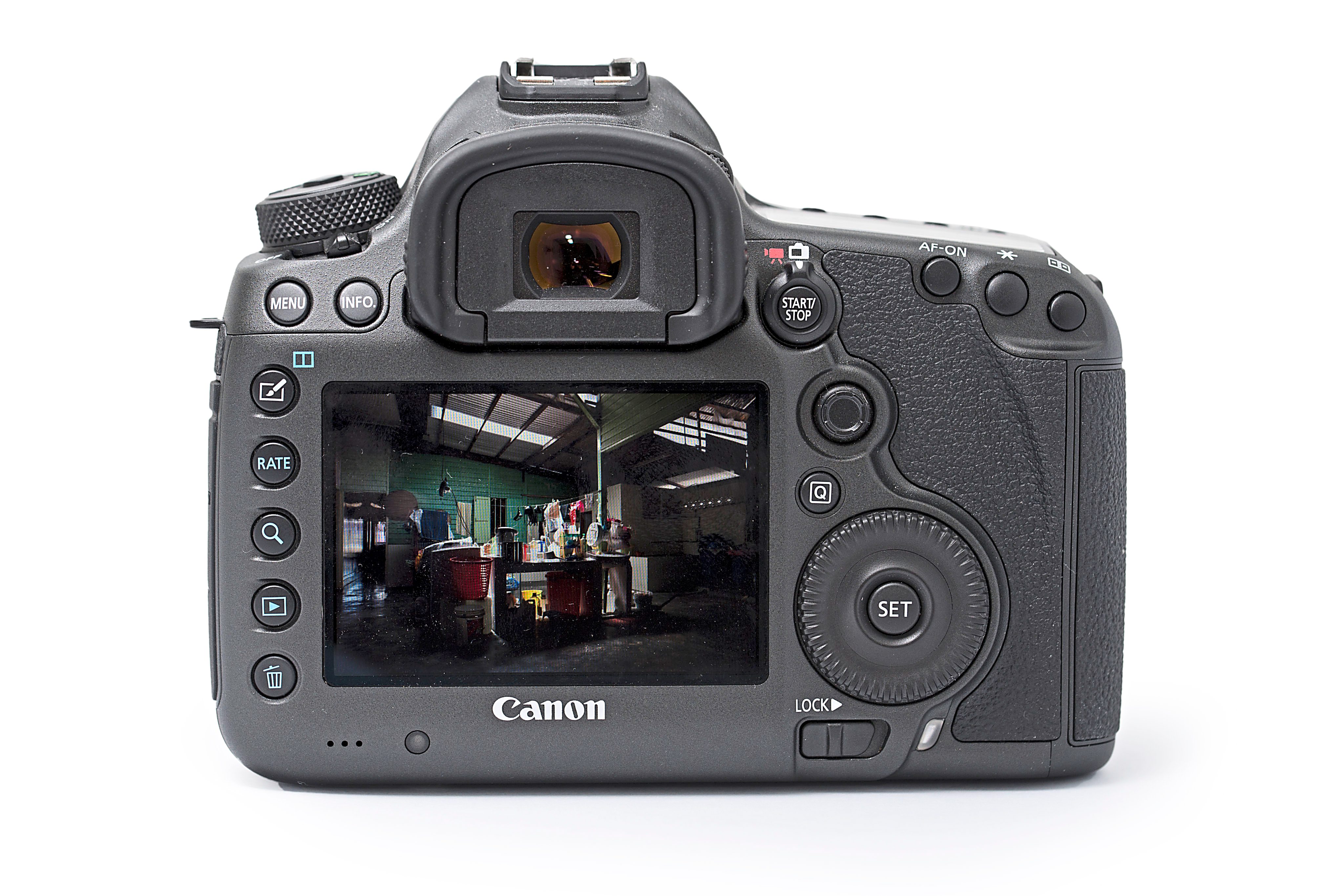 The back of the 5DS R has the same familiar layout unique to Canon cameras. — TAN KIT HOONG/The Star

Enter the Canon EOS 5DS R, the current king of megapixels – at a whopping 50 megapixels, this ­camera pulls ahead of the previous champ, the Nikon D810 with a 36-megapixel sensor.

The 5DS R has a twin – the EOS 5DS – and the two differ in only one area. The 5DS R has a ­cancelled-out low-pass filter while the 5DS has a regular low-pass ­filter. What this means is that the 5DS R can potentially capture a ­little bit more detail.

The 5DS R looks remarkably like another model in the Canon stable, the 5D Mark III, and with good ­reasons – it’s based on that model’s body.

As the two are similar, I’m going to compare them quite a bit. 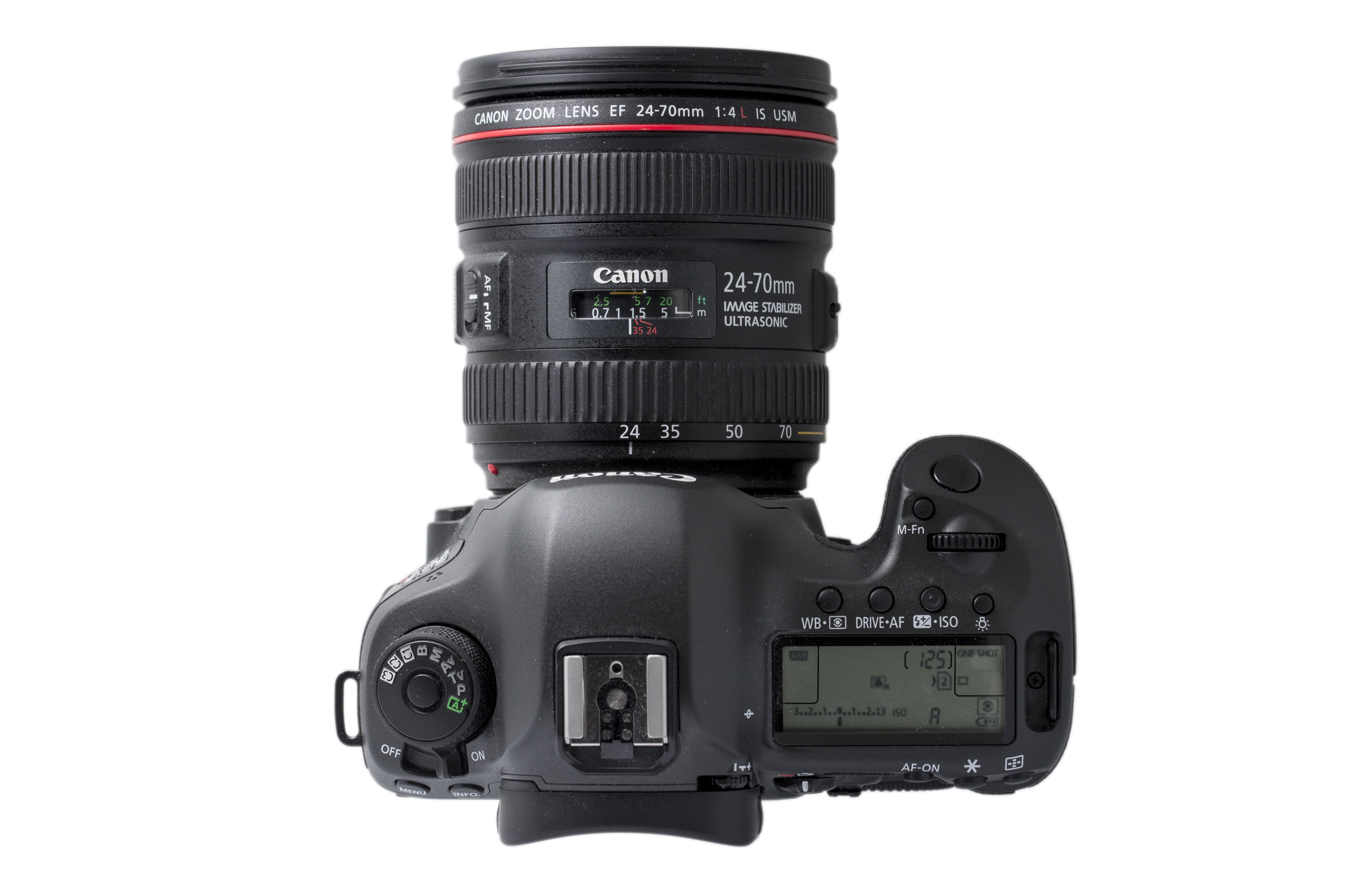 Like the 5D Mark III, the 5DS R feels good in the hand – the grip is large and the camera feels solid thanks to the use of magnesium alloy in the body.

Also like the 5D Mark III, the camera has two slots, one of which accepts SDXC and the other, Compact Flash.

There are, however, a couple of notable differences on the side in terms of input and output ports – unlike the 5D Mark III, which has a USB 2.0 port, the 5DS R has a very fast USB 3.0 port.

Unfortunately, due to the extra space taken up by the wider USB 3.0 port, the 5DS R has done away with the headphone jack.

The mode dial allows you to store custom settings on the C1, C2 and C3 slots. — TAN KIT HOONG/The Star

Internally, the 5DS R actually has almost completely different innards from the 5D Mark III – image processing is handled by dual Digic 6 processors and the shutter is a completely new one.

The shutter deserves special mention because it’s one of the smoothest and quietest shutter mechanisms I’ve ever tried on a Canon camera.

In our tests, the camera’s low-vibration shutter allowed us to shoot at slightly lower shutter speeds and still get reasonably sharp images.

The low noise also means that you can safely shoot in quiet ­environments without bothering others.

Shooting for the stars

In our tests, I was quite ­interested to see how much detail the camera could produce from the 50-megapixel sensor and I have to say it’s simply astonishing. When compared to my 24-megapixel ­camera, the 5DS R definitely ­captures a lot more detail.

In all of our general shooting tests, we were very impressed with the quality of images produced by the 5DS R. Not only were they sharp, but the autofocus, white ­balance and exposure were spot on more often than not.

No surprises here – this top has all the functions you expect. — TAN KIT HOONG/The Star

Unfortunately, I didn’t have a higher megapixel camera to compare the 5DS R against but judging from the results, I would have no doubt that with the right technique, you can definitely produce more detailed shots on the 5DS R than any other DSLR on the market.

That being said, technique is really important – a little bit of camera shake here, a focusing error there or even a so-so quality lens on the 5DS R could negate the extra detail you can get with the camera.

Just be aware that with great megapixels comes greater ­responsibility to use proper ­technique, to paraphrase a famous superhero line.

As far as ISO goes, the EOS 5DS R actually performed admirably for such a high megapixel camera.

From ISO 100 to ISO 400, the camera produces little to no noise, with only a tiny bit of noise creeping into the shadows at ISO 800.

The 50.6-megapixel image (right) produced by the 5DS R is more detailed than the one by a 24-megapixel DSLR. — TAN KIT HOONG/The Star

ISO 1600 is also still quite usable and the camera is capable of capturing loads of detail at this setting.

By ISO 3200, however, noise reduction kicks in strong – I couldn’t see any extra detail ­compared to a 24-megapixel ­camera even though the image is still perfectly usable.

Amazingly, Canon has kept a good balance between reducing noise and preserving detail at ISO 6400. You still get usable images, although there is noticeable noise in the shadows and some softening of detail.

The one thing the EOS 5DS R may not have an advantage over some other cameras is in dynamic range – specifically, if your shot is ­underexposed and you use a RAW developer like Adobe Camera RAW to bump up the exposure, you might see a little more noise in the shadows than on some other ­cameras.

To my eyes, it isn’t as serious an issue as some review sites have made it out to be – sure, there is some noise, but I think that what you get is still perfectly usable.

Canon rates the battery life at 700 shots based on the CIPA (Camera & Imaging Products Association) standard. It loses out to the 5D Mark III (950 shots), probably because it needs more processing power to handle 50.6-megapixel photos.

In practice, the camera lasted about two days of moderate to heavy shooting.

The 5DS R shoots at the same video resolution as the EOS 5D Mark III, which means it tops out at 1080p at 30fps (frames per second).

I would have liked to see support for 4K video or at least a 60fps option for 1080p video but this camera is not made to be a ­video-shooting champion. 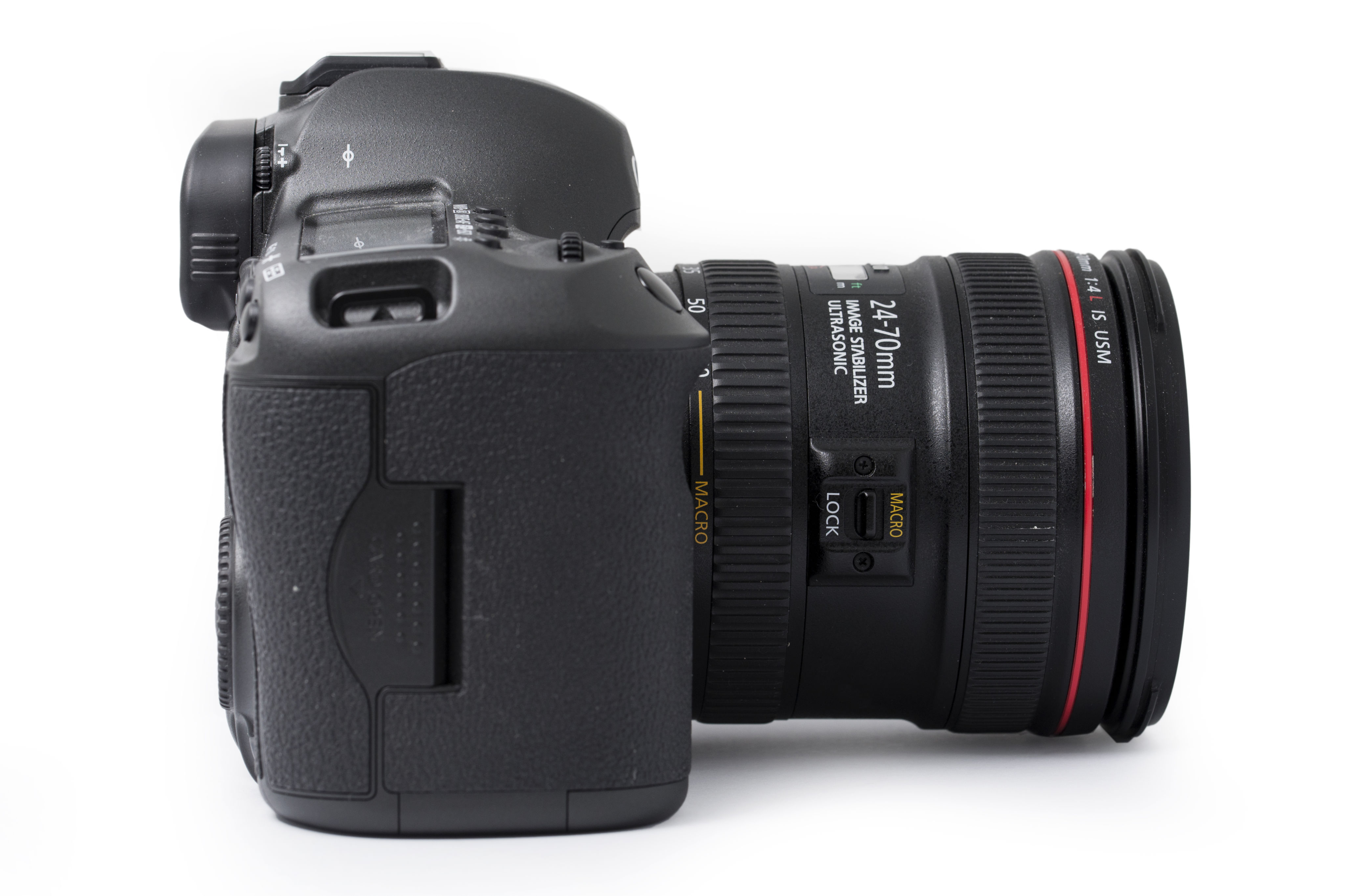 Hidden beneath the door are the slots for SD and CompactFlash cards. — TAN KIT HOONG/The Star

In fact, as it’s missing a headphone port, the 5DS R is even less of an attractive option compared with the 5D Mark III when it comes to video.

To be fair, the EOS 5DS R is more of a still camera than a video ­camera and if you are looking for a DSLR that does video well, you would be better off going for the 5D Mark III instead.

Nevertheless, the 5DS R produced pretty good videos – there was very little moire and the video was ­reasonably clean with good detail.

The 5DS R is the current king of megapixels, and with proper ­technique and low ISO settings, it’s capable of capturing an astonishing amount of detail.

But is it worth the RM3,600 extra you pay over the 5D Mark III? It really depends on what you want out of the camera.

If you want a versatile camera that shoots excellent photos as well as videos, you are better off with the 5D Mark III as the importance of the headphone monitoring port should not be discounted, especially if you’re a serious videographer.

However, if your job is shooting stills and you want the best detail that you can get from a DSLR, then the 5DS R is the camera to go for.

In fact, the 5DS R is great for landscape and studio ­photogra-phers as there’s no other camera on the market right now that can capture this much detail unless you resort to a ridiculously expensive medium format digital camera system.