Olympus has updated it's first digital OM-D with a few tweaks and new features.

The OM-D E-M5, when it was released in 2012, marked a new design direction for Olympus. The company has since launched two new models, the E-M1 and E-M10, which make the E-M5 look a little dated in terms of features even though it received a minor cosmetic update.

With the introduction of the E-M5 Mark II, Olympus has brought it in line with the other models.

While the E-M5 Mk II shares the same megapixel count as its siblings and aesthetically looks a lot like the E-M5, the camera is actually quite different in many ways. MORE BUTTONS: The 3in LCD on the OM-D E-M5 Mark II is touch sensitive.

The biggest change to the camera is that it comes with a more advanced 5-axis sensor-shift image stabiliser that works even when recording videos.

It does this by shooting eight images in quick succession, shifting the sensor slightly between each shot and compositing them into a single image.

Like its predecessor, the E-M5 Mk II is compact – the size and flat handgrip may bother some people with large hands but they can opt to get an attachment that will make it more comfortable to hold.

I found it okay for my tiny hands and even though the review unit came with the attachment, I took it off and used the camera as is. The build quality is very good – despite the small size, it has a solid metal body that feels a lot more substantial than the first E-M5.

It’s also nice that Olympus has opted for a fully-articulating touchscreen on the back which allows you to angle the screen any way you want, as well as navigate menus and shoot photos by touching the screen.

The other thing you’ll notice about the E-M5 Mk II is that there are a lot of buttons – in fact, the camera has four FN buttons which can be customised and mapped to almost any function.

If that wasn’t enough even the video record and the depth of field preview buttons can be mapped to other functions as well. And a little flip switch near the electronic viewfinder allows you to have two sets of customisation for the same buttons! BUTTON OVERLOAD: The OM-D E-M5 Mark II has a lot of customisable function buttons peppered around its body.

That’s an insane amount of possibilities but with this many buttons and options, it may get a little confusing if you can’t ­remember what button is mapped to which function.

Initially, the learning curve was a little steep thanks to the numerous buttons on the camera. However, once I figured out what was mapped to where, using the camera was quite a joy.

Autofocus response was pretty fast even for moving subjects in bright light and the dual command dials made it very easy to use the camera. DUAL DIALS: A closeup of the OM-D E-M5 Mark II the dual control dials which allows for easy control of aperture and shutter.

I managed to capture some pretty decent photos of a few skateboarders at an event and the autofocus system responded fast enough so I could get the shots at the ­decisive moment.

Video shooting is quite impressive too – the 5-axis image stabilisation worked ­brilliantly for video and I managed to get pretty stable footage when the lens was zoomed out to 150mm (that’s equivalent to 300mm in 35mm format).

ISO performance is similar to other models in the Olympus Micro Four Thirds range, which means it’s really good from ISO 200 to 800, and still usable from ISO 1600 to 3200.

The camera starts to lose detail and ­saturation past ISO 6400.

I also tested the High Res Shot mode on the E-M5 Mk II and it works as advertised. I did a couple of comparison shots, locking the camera down on a tripod and shooting at 16 megapixels and then using High Res shot to produce a 40-megapixel image. 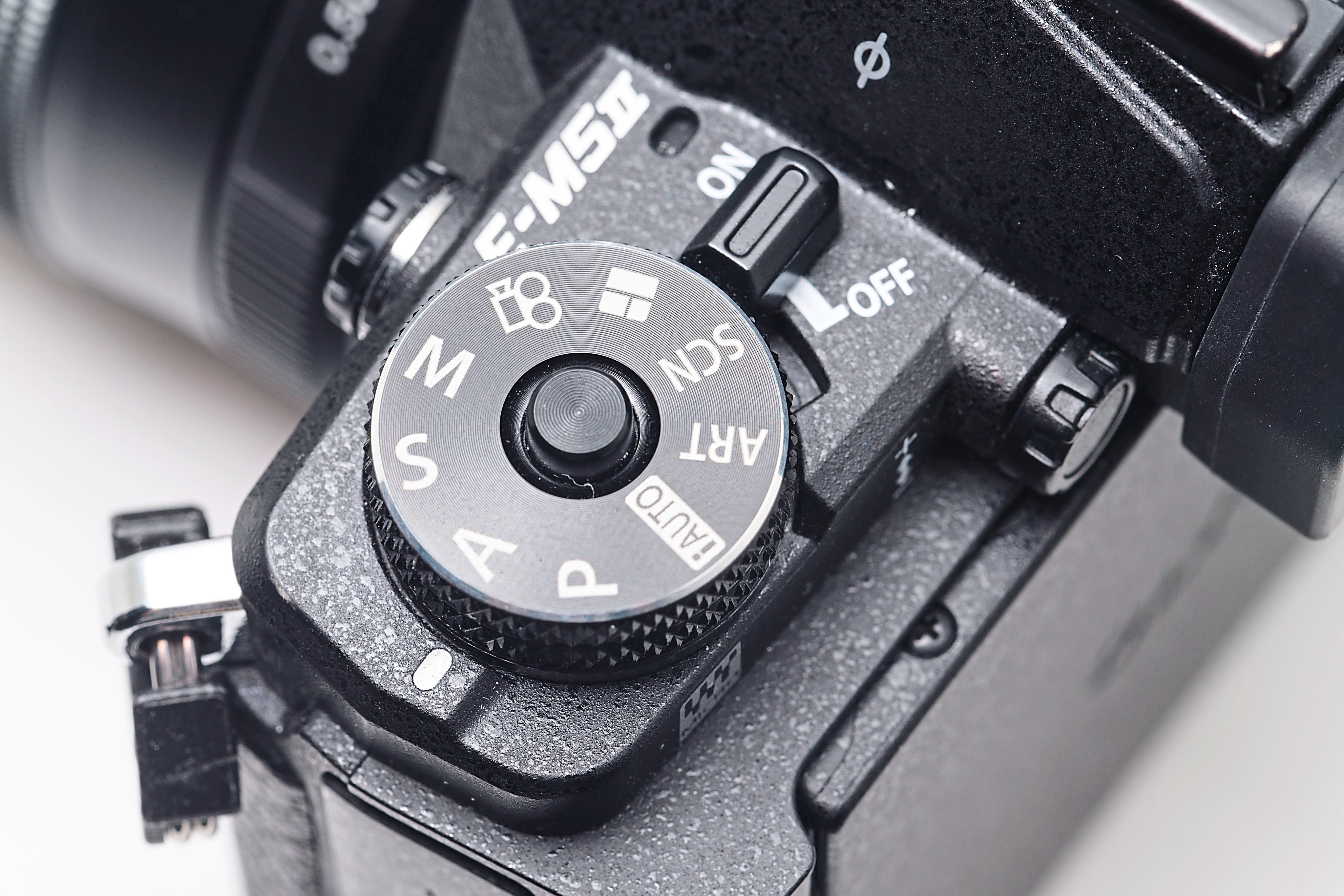 LOCKABLE: The mode dial on the OM-D E-M5 Mark II can be locked down to prevent accidentally moving out of the set mode by pressing the button in the centre of the dial.

It’s not a gimmick – the camera was actually able to capture substantially more detail using High Res Shot mode compared with the native resolution of the sensor.

The problem with High Res Shot mode, of course, is that it is only suitable for ­completely static subjects. As the camera shoots eight images to produce the final image, any movement at all will result in a shot with weird stitching issues.

This completely leaves out any chance of handheld shooting or action photography but the mode is fantastic if you want to shoot still life or products.

One other feature that I got to try out was the Live Time mode. It’s an interesting feature that addresses one of the problems with shooting long exposure photos – how long should you leave the shutter open in low-light situations to get a properly exposed image?

Well, with Live Time, the guesswork is taken away. When you set the camera into manual mode and Live Time as your shutter option, you can actually see the image ­developing on the LCD as you are taking it.

If you want to check out a short video of Live Time in action, surf to ­youtu.be/jBXvaduInAI.

The OM-D E-M5 Mark II is a really great little camera for the advanced amateur – it has a lot of features and is built tough.

The feature set is almost the same as the E-M1’s with the added bonus of the High Res Shot mode. If anything, it perhaps loses out slightly to the E-M1 in terms of looks. OM HERITAGE: The OM-D E-M5 Mark II is modeled after the looks of the old OM film SLRs.

However, it's not a camera for everyone. If you’re into more casual shooting, I suggest going for the E-M10 instead, which has many of the features but is a little less complex as it doesn’t have as many buttons and customisable options.

Nevertheless, Olympus has made a camera that’s fairly light, very responsive and having that 40-megapixel High Res Shot mode is the icing on the cake.