FLAGSHIP COMPACT: The G1X Mark II has a magnesium alloy body and a 12.8-megapixel image sensor that's almost as large as an APS-C DSLR.

Canon’s venerable G-series gets a new model that’s slightly smaller and better than before.

Canon’s G-series has been around for a long time — a check on Wikipedia reveals that the first PowerShot G1 ­camera was released as far back as 2000. BIG LENS: The G1X Mark II has a larger, brighter lens than its predecessor, which is better for low-light work.

Since then, a G-series camera has been released on almost an annual basis, with each being better and more robust than its ­predecessor.

The latest in the series is the G1X Mark II, which if I am not mistaken, is the 14th camera released in the series. As expected, the camera is even more robust and higher quality than before, but is it a buy? Read on to find out.

The G1X Mark II is actually slightly smaller than the original G1X, largely because it does away with the optical viewfinder so it’s a ­little shorter in height.

However, the weight remains about the same because Canon has included a much larger, brighter lens into the mix — the ­equivalent focal range is now 24-120mm and has an aperture of f/2.0 at the wide-angle end and f/3.9 at the telephoto end.

This isn’t too bad at all — when zoomed out to the telephoto end, you get acceptable bokeh effect when shooting head and shoulders portraits.

The body is also largely made of metal which contributes to the hefty feel. It’s a tad too heavy, if you ask me.

On the upside, the camera really does feel very solid. Even the dual control rings that ­surround the lens feel very well put-together. 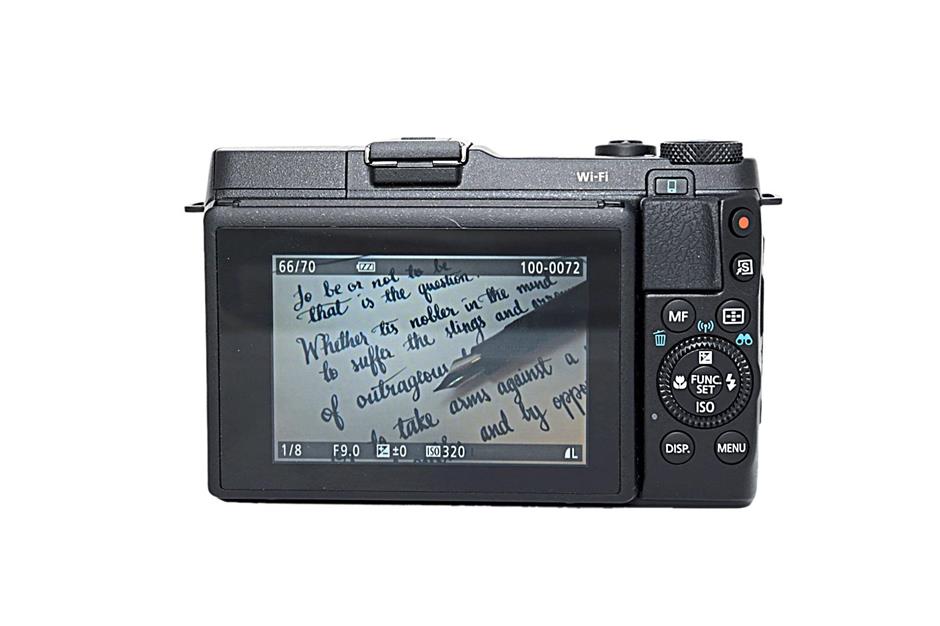 STANDARD CONTROLS: On the back, the Canon G1X Mark II has controls which will be familiar to most compact camera users.

On the back, the camera has a control scheme that should be familiar to most compact camera users — you get a clickable directional pad with a rotating ring and all the usual buttons.

There is also a ­shortcut button to connect the camera to a smartphone.

What was slightly weird is that instead of on the back, the playback button is positioned on the top plate of the camera. It doesn’t take you long to get used to the location, but it will slow you down the first few times you try to look for it.

The camera comes with WiFi and NFC built in which means you can pair it up with an iOS or Android smartphone to transfer images or use the smartphone as a remote control. DARK SHADWOS: The size of the lens on the Canon G1X Mark II is large enough that you may get a shadow when using flash and shooting macro.

The highlight of this camera is the dual control rings that surround the lens — one has a ratcheted feel, while the other has a smooth rotating action.

In use, you can use the control ring to adjust aperture in aperture priority mode, or shutter in shutter priority mode. Of course, this can be customised as well.

For a compact camera, the quality of images from the G1X Mark II is really good, as it consistently produced sharp, well-exposed images.

Most notably, the relatively large image sensor gives the camera the ability to shoot at higher ISO settings that you’d normally expect from smaller-sensor compacts. Control: The G1X Mark II's controls are easy to figure out.

From our tests, we found that the camera produced virtually noise-free results from ISO 100 to ISO 800, with perfectly usable results all the way to ISO 3200.

It’s only at ISO 6400 that noise ­reduction starts to kick in more aggressively that ­images start to exhibit some softening and loss of detail.

Autofocus is actually reasonably fast in good light and I found the speed quite ­acceptable in most situations.

One thing about cameras with smaller-than-full-frame sensors is that it can be quite challenging to get shallow depth of field. 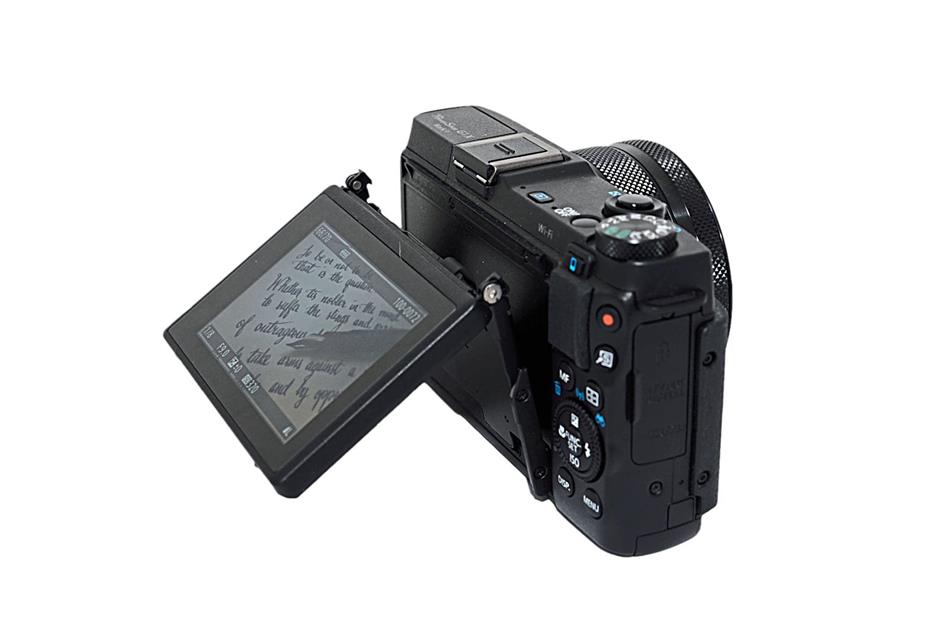 TILT IT: The touchscreen on the G1X Mark II can be rotated to face forward for selfies.

Canon has addressed this issue somewhat with the relatively wide maximum aperture offered by the lens, but if you really want to blur out backgrounds, the G1X can do it with a little software magic where the camera takes two shots (one in focus, one out of focus) and blends them together.

The two-shot system does work, although more often than not, the blending is not as perfect as it could be.

The G1X has also improved its close-focusing capabilities but if you’re using the built-in flash, there is going to be a bit of a shadow cast when shooting up close because of the large lens.

One thing I did like about the built-in flash is that it’s hinged in such a way that you can tilt it by hand for bounce flash, although because it’s quite low-power, you do have to crank up ISO a bit.

The G1X Mark II is a nice camera — Canon has improved the camera in many significant ways and ISO performance is top-notch for a compact camera.

The brighter built-in lens together with the ability to control the camera over WiFi with your smartphone only makes the whole package that much sweeter.

HIGH ISO PERFORMANCE: The G1X Mark II performs very well at high ISOs — this image taken at ISO6400 is still quite usable although some softening is evident.

However, my concern is that RM2,899 is a lot to pay for a non-interchangeable lens camera, especially when you consider that Canon’s own entry-level DSLRs go for about RM1,899, or for RM2,499 you can get an EOS 100D which is almost as small.

The G1X is also pretty heavy and certainly not pocketable, although it does feel more robustly made than some entry-level DSLRs.

Price aside, it is a solid performer in terms of image quality, features and ISO performance, so if you’re in the market for a premium compact, this has to be on your list of possible purchases.