A Taylor's student tries out the VR equipment at campus, in pre-lockdown times.

Taylor’s University head of research Assoc Prof Dr Saeed Pahlevansharif and his colleagues are seeing a trend with this integration.

“Virtual reality offers immersive social interactions and the ability to customise the virtual space. Such innovation offers many advantages and applications, including enhanced social convenience, enhanced opportunities to develop interpersonal attachment and opportunities for professional training.

“However, the more excessively one uses VR, the more likely they are to imitate their embodied avatar’s behaviour in the real world,” said Pahlevansharif from the Faculty of Business and Law (FBL). “As VR becomes increasingly integrated with social media, there is a real danger that negative behaviours reinforced in the virtual space would be exhibited in the real world,” said Pahlevansharif.

Behaviours such as cyberbullying, harassment and pranks, he said, are “reinforced” in 2D social media spaces with not much real-world behavior governance.

This in turn, has implications for what may happen in a 3D virtual space.

“As VR becomes increasingly integrated with social media, there is a real danger that negative behaviours reinforced in the virtual space would be exhibited in the real world with an incidence rate higher than conventional 2D social media.

“By uncovering deeper insights on what makes teenagers’ offline behaviours conform to their virtual avatars, we aim to develop interventions that can be applied to VR environments that would mitigate such incidences, particularly when the virtual behaviour goes against established social norms,” he said.

Stretching beyond the business faculty, the team would be utilising socio-behavioural research facilities in the Taylor’s Centre for Human Excellence and Development, and expertise from the Taylor’s Design School to create the VR environments.

“Our participants will take on various digital representations of themselves in a virtual environment and will interact with one another with specific tasks to perform. 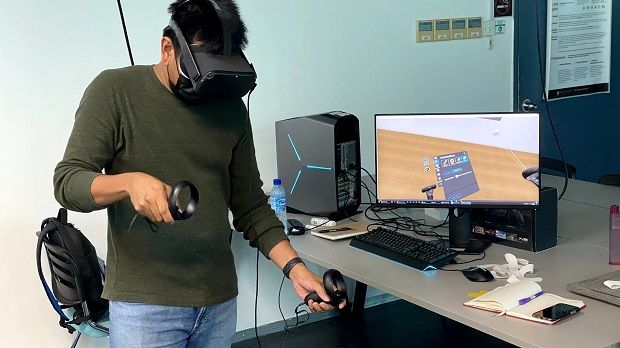 Pahlevansharif's research aims to develop interventions that can be applied to VR environments to mitigate deviant behaviour.

“We intend to use an electroencephalogram (EEG) to note neural activities that underlie social experiences in virtual reality environments. This technique is called ‘hyperscanning’ and it will allow us to further examine inter-brain synchrony between two or more participants,” he said.

Dubbed the top private university in Malaysia and South-East Asia according to the recent Quacquarelli Symonds (QS) World University Rankings 2022, the university has been able to provide the right facilities, resources and environment for interdisciplinary research such as Pahlevansharif’s research – for which he is grateful.

“Research has been an integral part of Taylor’s University, FBL, and Centre for Industrial Revolution and Innovation (CIRI) of which this research project sits under.

“Our balanced engagement in both basic and applied multidisciplinary research by all units is aligned with the university’s vision,” he said

Pahlevansharif added that Taylor’s plans to invest RM130mil over five years on research and enterprise is one of the initiatives to create such a culture.

“We’re constantly faced with complex world problems that require us to look from various angles for a deeper understanding and possible solutions.

“This is why we need multidisciplinary researchers to be involved in projects across multiple disciplines,” he said. 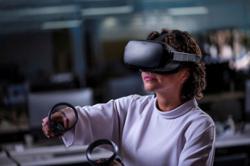