BEIJING: A two-second appearance of Malaysian Olympic swimmer Welson Sim was all it took to capture the hearts of the Chinese watching coverage of the 2020 Tokyo Olympics on television.

Sim, who was part of the Malaysian team at the opening ceremony of the Games on Friday (July 23), had two close-up shots of his masked face during the live telecast of the event.

Since then, pictures of Sim have been circulating on China's social media platforms with people asking who he is.

The 24-year-old from Sarawak is among 30 athletes representing Malaysia at the Games.

Chinese netizens did a "cyber hunt" for him and reposted his photographs and biography on Sina Weibo, a Twitter-like site.

Others posted that his name was Shen Weisheng (Sim's name in anglicised Chinese), was 181cm tall and nicknamed the "Malaysian Flying Fish Prince".

"It's all because I took one more look at you in the crowd,” said a few, quoting lines from Chuanqi (Legend), a popular song by Chinese singer Li Jian.

Others, some of whom were Malaysians, cheered Sim on and wished the Malaysian team all the best in the Games. 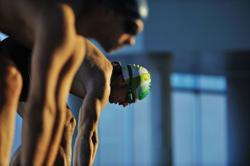 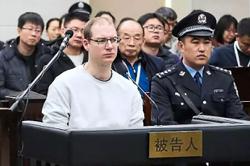