Swimmer Welson Sim back in training in Bukit Jalil

PETALING JAYA: Swimmer Welson Sim felt heavy in his legs when he returned to pool training on the first day of the Road To Tokyo programme at Bukit Jalil.

But after three months out of the pool, Welson can be excused for feeling sluggish.

“It was a weird feeling at first but I felt much better after the first session in the morning.

“This is the first time I have got to swim in a pool since March,” said Welson, who is trying out the National Aquatic Centre Pool in Bukit Jalil for the first time in 2020.

He had been training at the Vicentre Swimming Club in Melbourne under coach Craig Jackson, who trained Australia’s Mack Horton to become the men’s 400m freestyle Olympic champion in Rio de Janeiro in 2016. 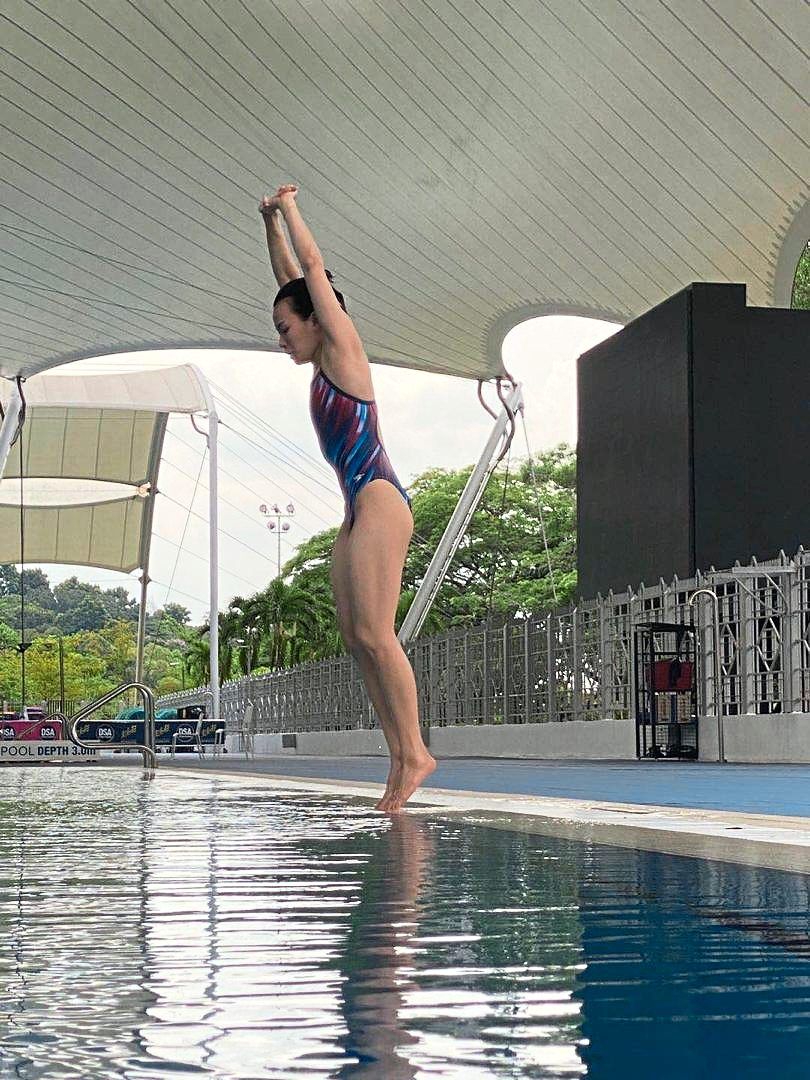 Back in form: Diver Cheong Jun Hoong going through her paces during training in Bukit Jalil yesterday.

However, the worldwide spread of Covid-19 turned his plans topsy-turvy and he had to return home before Malaysia began the movement control order in middle of March.

Welson will only have fellow national teammates Khiew Hoe Yean and Sebastian Soon for company when he stays in camp for the next few weeks. He is now training under national coach Chris Martin.

Sounds of water splashing were also heard at the adjacent diving pool with the divers back in training.

“We will train from 9-11am and 1-4pm. It’s the first time I am back here in Bukit Jalil and it feels just the same as before.

“Jun Hoong has regained her fitness, it’s just that she needs some competitions to get back her competitive edge, as it’s been two years since she dived in a competition.

“But the problem is there won’t be any international competition to go this year because of the Covid-19 situation.

“It’s the same situation everyone is facing,” said Zhuliang.

“I am glad to be back in pool and dry gym training again. Our movements are confined to the venue and the place where we are staying but we understand why the SOPs are needed as long as we get to train back,” said Pandelela.

A total of 132 athletes, coaches and support staff have been allowed to start training in Bukit Jalil from yesterday after all of them tested negative after the first round of Covid-19 testing.