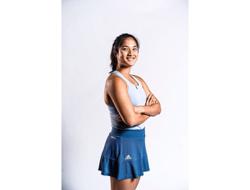 In form: Harith Danial (right) will face Sanjay Jeeva of Negri Sembilan in the quarter-finals.

A THUMB injury suffered during the Commonwealth Games has put paid to Aifa Azman’s hopes of winning a double in the Malaysia Games (Sukma) as she was forced to concede a walkover in the women’s individual event at the National Sports Council (NSC) courts in Jalan Duta, Kuala Lumpur yesterday.

The Kedahan, clear favourite for the title, received a bye in the first round and conceded a walkover to Rachel Shing of Penang in the second round.

Aifa’s absence has left the race open with second seed Chan Yiwen of the Federal Territories as the player to beat while Aira is also one of the title contenders.

“Aifa suffered a right thumb strain during the Commonwealth Games. She is able to play backhand but she feels pain during forehand shots,” said Maniam.

“She had wanted to help her state but decided to withdraw in order not to aggravate the injury.”

Maniam said Aifa and her sister Aira have not withdrawn from the women’s doubles where they are only down to play tomorrow.

Meanwhile, Harith Danial of Sarawak is looking forward to playing against much older players than him.

The 16-year-old debutant will be competing against the likes of Darren Rahul Pragasam of Negri Sembilan, 23, and Kedahan Ong Sai Hung, 22, for honours in the men’s individual event.

The World Junior Championships in France last month was a valuable experience for Harith where he played the best juniors, some of them who have already started plying their trade as professionals, and he is looking forward to using what he had learned during the Sukma.

“The matches during the world juniors were tough from the first round but I gained lots of experience, which I plan to use in Sukma,” said Harith.

“I don’t have high expectations in the individual events in my first Sukma as seniors like Sai Hung and Darren are very strong.

“I’m looking forward to a medal in the mixed doubles (with Nathalie Sim).”

Despite keeping a low profile, Harith showed his intent in the individual event yesterday by beating fellow national junior Low Wa Sern of Perak 11-8, 11-7, 11-6 to reach the last eight.

It was a creditable win as Wa Sern also played at the world juniors and was the boys’ Under-17 runner-up at the Asian Junior meet in Pattaya, Thailand, in June.

Top seed Darren also advanced to the last eight when he overcame Jeffery John Lewis of Selangor 11-9, 11-7, 11-4 while second seed Sai Hung overcame Kuhan Ravendran of the Federal Territories 11-2, 11-3, 11-6 to reach the quarter-finals. 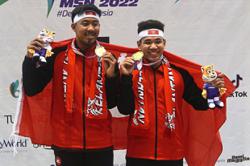 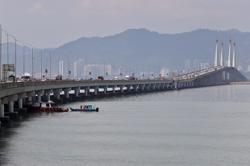 Asian runners-up lead charge to world women’s meet
Penang lass bravely soldiers on in spite of four knee ops
Ivan, Aifa find Egyptians too hot to handle
Ivan gets another big scalp as Aifa storms into third round
KL Intl Junior meet makes grand return
Ivan breaks first-round jinx with win over Farkas in Hong Kong
Luck of the draw not in Eain Yow’s favour
Rachel can walk tall despite going down to Gilis
World No. 26 is sole homester in the semi-finals
Eain Yow falls as compatriots march into last eight