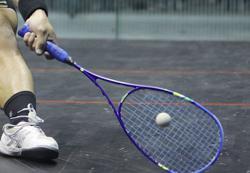 PETALING JAYA: The Men’s World Team Championships scheduled to be held from Dec 7-12 at the National Squash Centre in Bukit Jalil has been cancelled.

The Squash Racquets Association of Malaysia (SRAM) and the World Squash Federation (WSF) announced the cancellation of the world meet.

The joint decision was made because some nations would be unable to compete due to the lack of confirmation over visas and travel authorisations.

Despite SRAM’s best efforts to ensure that every participating team would be allowed to participate, the lack of approval and confirmation regarding Israel’s participation meant that the competition cannot proceed.

Israel, who have no diplomatic ties with Malaysia, have also threatened to take WSF to court unless they were allowed to compete in the world meet here and had even offered to host the tournament.

Concerns over the Omicron Covid variant, which has been reported in multiple countries around the world, also prompted the cancellation.

“It is certainly with a lot of regret that we have to announce that the world team meet is cancelled, said SRAM president Gerard Monteiro.

“It is also a disappointing outcome for the players who are all geared up for the event. But I think it is the right decision as it would have been a diluted event with some countries unable to travel because of the border restrictions.

“We also sympathise with everyone who have worked so hard to prepare for this event.

“From a squash perspective, it is disappointing but we will now turn our attention to the Asian Individual Championships that will be held in Pakistan from Dec 15-19 instead.”

Rachel fancies chance of reaching at least third round in Cleveland
NSC: We have not closed door on Wee Wern
Wee Wern turns down SRAM offer, will seek own funding
NSC make it clear that Wee Wern not left out in the cold
Aifa ready to travel abroad on her own to gain experience
Sivasangari remains positive despite failing to hit top 25 target
Wee Wern down but not out for long after shock exclusion
Former No. 1 Wee Wern axed from Podium Programme
Squash turns up as the saving grace for Malaysian sport
Rachel: I could not find my rhythm in the final