PETALING JAYA: It’s another gloomy start to the year for Malaysian squash as their plans have been thrown into disarray again because of the Covid-19 pandemic.

All the players have to leave their training camp at the National Squash Centre in Bukit Jalil because of the movement control order (MCO) in selected states until the end of the month. Only athletes under the Road to Tokyo have been allowed to stay in Bukit Jalil.

Squash Racquets Association of Malaysia (SRAM) director Major (rtd) S. Maniam said they had to cancel the players’ training sessions as squash is not in the Road to Tokyo programme.

“Only sports that are in the Road to Tokyo programme can continue with training, so it has left squash in a lurch again, ” said Maniam.

“It’s better to let the players go home after being in the national training camp bubble for so long.

“It’ll be just like March last year when we had to go through MCO for the first time... these athletes will be back to online training sessions.

“It is not the start of the year that we had in mind but we are resigned to the fact that this could be the norm for the entire year, ” added Maniam.

With the latest decision, SRAM have no choice but to postpone all the upcoming events planned for the first three months and three Professional Squash Association (PSA) Tour events planned for February and March are now postponed indefinitely too.

“It is certainly a huge blow for the national players. They’ve had put in the hard work in training with hopes of finally playing in a competition but now, the wait continues.”

The National Junior Championships from May 24-30 may be the earliest meet for the players provided the Covid-19 situation is under control by then. 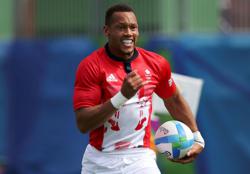