Back to you: Danial Nurhaqiem (right) returns the ball to Duncan Lee in the boys’ Under-19 final at the National Squash Centre in Bukit Jalil yesterday. — AZHAR MAHFOF/The Star

KUALA LUMPUR: Duncan Lee and Noor Ainaa Amani finally nicked their first win in the National Junior Championship by emerging as the boys’ and girls’ Under-19 champions.

The 18-year-old Duncan from Bukit Jalil Sports School (BJSS) was over the moon after beating Danial Nurhaqiem for the first time in over a year with a 11-5,6-11,11-8,11-5 win in the final at the National Squash Centre, Bukit Jalil yesterday.

Duncan was in control from the beginning against Danial except for a minor hiccup in the second set.

“I’m happy that I played well to beat him after so long. It’s great to finally win my first junior title here, ” said an ecstatic Duncan.

Ainaa was in imperious form as she underlined her dominance over Amirah whom she had never lost to before.

“I played well in the first set but not the second. I changed my game plan and kept to her fast pace but it did not work, ” said Ainaa.

“So, I slowed down the pace and and it worked.

“I was getting tired in the fourth set and made many mistakes. My opponent gave a good fight till the end but I’m happy to win, ” said Aira. 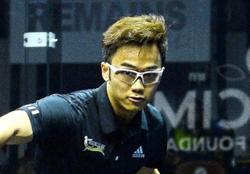 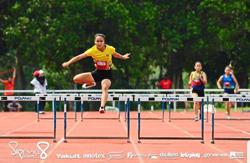 Hurdler Mandy wants to dip below 60 seconds in 400m