Blood, sweat, tears – and untold truth behind goodbyes – what’s next? 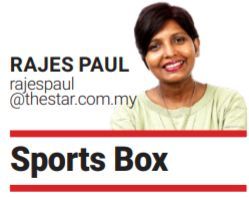 In the case of the artistic gymnastic queen Farah, it was pretty straightforward.

Many were heartbroken as they had hoped to see the 27-year-old compete until the Commonwealth Games in Birmingham this year but the Tokyo Olympian said her time was up in a press conference attended by many, including her devoted parents.

After all the sacrifices, injuries, and hard work over the years, one can only respect her call.

There will be no more of her infectious smile and charm as well as her strong performances on the competition mat but the good news is that Farah will remain in the circle.

She intends to do many things to improve the standard of gymnastics but one that is close to her heart is to be a judge, in a subjective sport that has been marred by dubious calls many times.

Having been a victim herself, we can bank on her to judge fairly. Knowing her, I’m sure she will do a great job and what an ambassador she will continue to be.

Unlike Farah’s final goodbye which was at a hotel under a lively atmosphere, the departure of Hup Wei was quite emotional in another press conference held outdoor in the Bukit Jalil fields under the heat last Sunday.

He had his beloved coach Aleksandar Gasparyan and support team by his side but the 35-year-old broke down.

His reaction was understandable as he had toiled for the nation for 18 years. All he wanted was a final fling at the Vietnam Games.

I wish Hup Wei was sent for the Games under Category B, which would have been a final platform for his last hurrah. I’m sure the four-time SEA Games gold medallist would have bowed out in style.

Instead, the national body chose newcomer Mohd Eizlan Dahalan under Category B, not that his standard was better but he defeated Hup Wei on a countback as both had cleared 2.10m in the Malaysian Open.

Hup Wei, obviously, has more experience but he had a lousy year in 2021 after contracting Covid-19 and battling injury. With more practice, he could have done better, after all he did the country proud by clearing 2.29m at the World Championships final in 2019 in Doha.

Fortunately, Hup Wei will carry on as a coach, and we hope that he will be a darn good one – one who gives his athletes an equal chance to become better than him.

Some goodbyes, however, can come as a big shock. National men’s doubles coach Flandi Limpele, for instance, dropped a bombshell by saying he was leaving at a time when his players were rocking.

The timing of Flandi leaving does raise questions but he insists he is excited to a new challenge to raise the standard of mixed doubles players in his home country.

Was the offer from Indonesia too good to resist or was the job in Malaysia not to his liking anymore? What was the push and pull factors? Only Flandi knows but we wish him the best.

Whatever the reasons, goodbyes are never easy.

Some are done after mutual agreements, some for personal reasons (better opportunities, injury, age, family problems, etc), some are dropped but many also leave the scene disillusioned with disappointments and failures to live up to their own expectations or of others.

The worst way to leave is, probably, not knowing what to do next.

We’ve seen athletes who have been clueless about their future after representing the nation. Some end up in a dark place, depressed and struggling to restart their lives after being in the limelight.

Fortunately, Farah, Hup Wei, and Flandi have laid out their plans ahead.

But for those at a crossroads, several former athletes who had bowed out like bowling queen Shalin Zulkifli and hurdler Noraseela Khalid, to mention a few, are in a position to help and guide.

Shalin is now the head of the career branch at the Malaysian Athlete Career and Education (MACE) secretariat of the National Sports Council (NSC) while Noraseela is the Malaysian Olympian Association president and also an athletics coach in Sarawak.

Let the farewells, no matter how they turn out, resume with new beginnings.

As to how C.S Lewis put it: “There are far, far better things ahead than any we leave behind.” 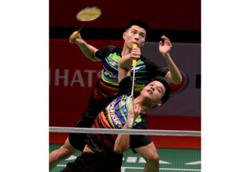