All smiles: Aaliyah Yoong Hanifah posing with the trophy and mock cheque after winning her first ever pro waterski event.

PETALING JAYA: Teenage waterskier Aaliyah Yoong Hanifah ended her adventure at the Moomba Masters in Melbourne on an incredible high after finishing with one gold and one bronze.

The 18-year-old Yayasan Sime Darby (YSD) Star Scholar had already been hitting her strides after taking three golds – tricks, jump and overall – as well as a bronze in slalom in the Junior Moomba last week.

And she handled the challenge well on the tricky Yarra River to take home an unexpected bronze in tricks in the Open category as well as the women’s overall gold medal.

Competing in the Moomba meet for the 10th time, Aaliyah nailed a total of 7,050 points in the tricks final on Monday.

That was enough to earn her the bronze behind Canadian Neilly Ross, who tallied 10,390 points and United States waterskier Erika Lang, who scored 10,260.

It was certainly an unexpected result for Aaliyah who had qualified for the final in fourth place after posting 6,530 points in the semi-finals on Sunday.

Having qualified for the Open women jump final in fourth place, Aaliyah leapt to a distance of 39.1m to maintain a fourth finish in the final and winning her A$2,000 (RM6,047) in prize money for her effort.

World champion and world record holder Jacinta Carroll of Australia strolled to the gold with a distance of 58.5m followed by Chilean Valentina Gonzalez (45.7m) while Australia’s Casey Wooderson finished third with 43m.

Aaliyah’s efforts, together with a ninth place finish in slalom, was enough for her to take home the overall gold in the open women category.

It was certainly a milestone achievement for Aaliyah as this is her maiden medals from an open category at the elite world stage.

“The best Moomba Masters ever. It has certainly been an incredible week for me and the highlight has got to be taking third in open women’s tricks,” said Aaliyah.

“That happens to be my first world level podium finish in the open category and I am pleased about that.

“It was also good to produce two successive personal best jumps of 39.5m and 41.4m during the Junior Moomba to break the national record twice in two days.

“I am definitely very happy with my performances here and this should give me added confidence for the future,” said the 18-year-old. 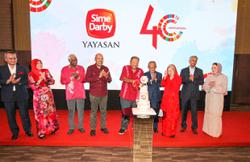 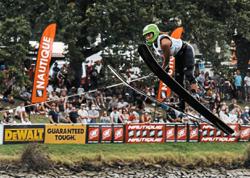