Young pair out to shine on snow

PETALING JAYA: For a country better known for its beaches and hot weather, Malaysia will be represented by two alpine skiers at the Beijing Winter Olympics next month.

United States-based Jeffrey Webb will be making his second appearance while Aruwin Salehhuddin is following in her father’s footsteps, a former Olympian.

Jeffrey, who made his debut at the 2018 Games in Pyeongchang, South Korea, is looking forward to make the country proud.

“I’m really excited that I get to go and put Malaysia on the map for winter sports. I’m really going to enjoy the experience.

“It’s something special and I hope to inspire more people with my participation,” said the 23-year-old born to a Malaysian mother and an American father.

They moved to the US when he was five and he has been training in Washington.

Jeffrey will also be the flag-bearer in the opening ceremony on Feb 4 as China becomes the first nation to host both the Summer and Winter Olympics. 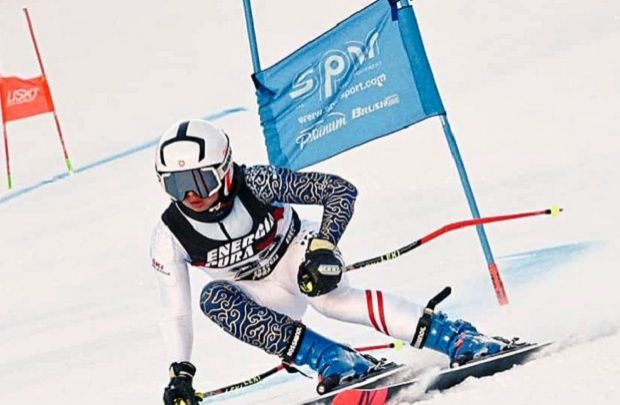 Meanwhile, Aruwin, 17, will be the first Malaysian female to ski down the slopes.

Her father, Salehhuddin Ayob, represented the country in kayak singles at the 1996 Atlanta Olympics.

Aruwin has been training in Croatia for the past few months in preparation for the Games.

“It’s my dream to rub shoulders with the world’s best skiers,” said Aruwin in a taped video broadcast.

Meanwhile, the Olympic Council of Malaysia president Tan Sri Norza Zakaria said they are not putting high expectations on the duo as both are still young and winter sports in the country is still in its infancy.

“It is already a milestone for Malaysian sports but I do hope more athletes will qualify in the future,” said Norza during the flag-handing ceremony to chef de mission Moira Tan which was witnessed by China’s ambassador to Malaysia, Ouyang Yujing.

“We hope that maybe later, we can look at more comprehensive ways to have a bigger contingent.”

Malaysia made its first appearance through figure skater Julian Yee and Jeffrey at the 2018 edition.

Julian, 24, finished 25th in the singles while Jeffrey came in 68th in the giant slalom.