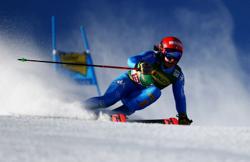 The reigning overall World Cup champion won the opening slalom of the season with the fastest time in both runs in Levi on Saturday and doubled up with a repeat performance a day later.

She beat Shiffrin, who made a costly mistake on the upper part of the slope, by 0.47 seconds for her 22nd career World Cup win and 14th in slalom. Germany's Lena Duerr was third, the same as on Saturday.

Shiffrin is one win short of Swedish great Ingemar Stenmark's 32-year-old record for most World Cup wins in a single discipline but will now have to wait until she is back on home snow in Killington, Vermont next weekend.

Shiffrin, winner of the season-opening giant slalom in Soelden, Austria, now has 109 career podiums and shares the overall World Cup lead with Vlhova -- the pair tied on 260 points after three races but the Slovak ahead on wins.

"It’s a nearly perfect start, and especially after the last couple of weeks," Shiffrin, recovered from a nagging back injury, said on Saturday of a season that has the 2022 Beijing Olympics as her main focus.

"It’s easy to start getting greedy, and I feel like in order to win races you really have to earn it." 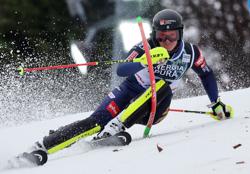 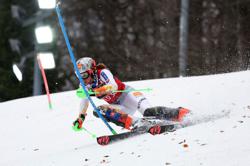