(Reuters) - Italy's Rally Monza will replace cancelled Japan as the final race of the world championship season in November, organisers said on Tuesday.

The Nov. 19-21 short format asphalt event will feature stages on and around the Italian Grand Prix circuit outside Milan as well as on closed roads in the mountains to the north.

It was also last season's finale on a calendar rewritten due to COVID-19.

Japan had been due to return to the calendar this year for the first time since 2010 but the event was cancelled last week as a result of the pandemic.

Rally Monza has been held since 1978 and will be the season's second round in Italy after Sardinia in June.

"There were plenty of thrills and spills at last year’s rally when wintry conditions played a crucial part," said Jona Siebel, managing director of the WRC promoter, in a statement.

"This year’s event will be held earlier, but the 'Temple of Speed' allied with tough roads in the foothills of the Alps will ensure the action will be equally breathtaking." 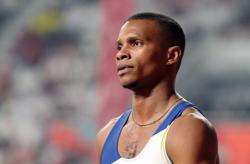