Minister hopes for three sports to deliver at least one gold 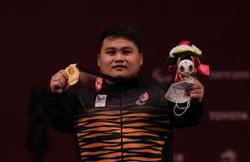 PETALING JAYA: The challenge has been laid for the Malaysian Olympians – Get Malaysia’s first gold in Japan!

Youth and Sports Minister Datuk Seri Reezal Merican Naina Merican has announced that the target for Tokyo is three medals and one of them is gold.

The sports earmarked to get medals are cycling, badminton and diving.

Reezal said the gold could be a joy for the nation, especially during the Covid-19 pandemic and believes Malaysia has longed for someone to win the revered gold in the Olympics.

“When I spoke to the athletes, they showed great spirit, and many have shown great optimism to do something special in Tokyo. Even our chef de mission and badminton legend Datuk Lee Chong Wei wants someone to break his record. He would be satisfied if that happens,”said Reezal from the Youth and Sports Ministry Tower in Putrajaya via a virtual press conference yesterday.

“I know some nations, especially Singapore, have not set a target and told their athletes just to do their best, but in Malaysia, these athletes have put their own KPI (key performance indicator). We have taken the middle ground.

“We don’t want to be too optimistic and too pessimistic at the same time, but we hope someone can bring back a gold from Tokyo.”

Malaysia have participated in the Olympics since Melbourne in 1956 but the gold medal remained elusive, although badminton, cycling and diving have contributed medals.

For the games in Tokyo, many are pinning their hopes on track cyclist Datuk Azizulhasni Awang to bring home the gold, but in a recent interview, he believes others could do that too.

The 33-year-old Azizul, who will be going for his fourth straight Olympics, feels diver Pandelela Rinong, shuttler Lee Zee Jia and even teammate Shah Firdaus Sahrom can also end the drought.

When asked if other sports can spring a surprise, Reezal hopes that something of that sort could happen.

“No one expected V Shen-Wee Kiong and Peng Soon-Liu Ying to qualify for the final in Brazil, but they did. So if they can do it, I believe others can too.

“All these 30 athletes in Tokyo will want to achieve some milestone. Qualifying for the games is already a considerable achievement, but they for sure would like to break their personal best or even the national record.

“Sometimes data crunching does not guarantee results. The athletes themselves are the determinant factor. They have to endure lots of challenges, especially during this pandemic. Their willpower has been good, and I believe it would lead to something good.”

As for the Paralympics, the target is to emulate the success in Rio, where they won three gold medals.

The sports targeted are badminton, athletics, powerlifting and archery.

Ridzuan, Ziyad and Latif will look to defend their titles in Tokyo, and there is hope that Malaysia could win gold in badminton through world number two Cheah Liek Hou in the men’s singles SU5 and powerlifting through world record holder Bonnie Bunyau in the men’s 72kg category.

World champion S. Suresh is also a candidate to get gold in the men’s individual recurve archery event. 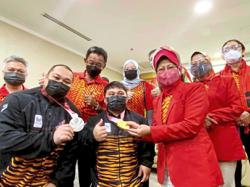 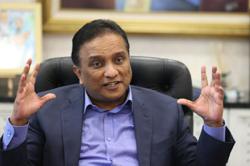