Razif: Extraordinary if shuttlers can win medals in Tokyo 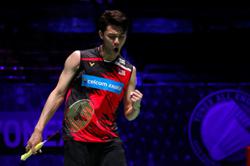 Medals to treasure: The late Datuk Sidek Kamar looking at the bronze medals won by Razif and Jalani Sidek after they returned home from the 1992 Barcelona Olympic Games.

PETALING JAYA: Datuk Razif Sidek has not forgotten the euphoria of winning the country’s first Olympic Games medal although it was 29 years ago.

The nation celebrated as Razif and his brother Jalani took a bronze in the men’s doubles at the 1992 edition in Barcelona, where badminton was introduced for the first time in the Olympics.

The Malaysians had lost to South Korea’s Kim Moon-soo-Park Joo-bong 15-11, 15-13 in the semi-finals. As the losing semi-finalists, they were awarded the bronze while Moon-soo-Joo-bong went on to win the gold after beating Indonesia’s Eddy Hartono-Rudy Gunawan 15-11, 15-7 in the final.

His exploits did not stop there as he also proved to be a successful coach when the team he led at the 1996 Atlanta Olympics won the country’s first silver through Cheah Soon Kit-Yap Kim Hock (men’s doubles) and another bronze through Rashid Sidek (men’s singles).

While proud of being a successful player and coach in the first two Olympics where Malaysia won medals, Razif said this year’s winners at the Tokyo Olympic Games should be hailed as extraordinary.

“Whoever wins at this Tokyo Olympics will have to be extra special. This is an unprecedented Olympics. I just can’t imagine the struggle a player had to go through just to qualify for the Olympics and then, go there and win a medal,” said Razif.

“It will speak volumes of the player’s ability and mental strength.

“They not only have to worry about the opponents across the court but also the enemy outside, which is Covid-19. It takes a strong athlete to handle this.

“I may have won the country’s first Olympics medal but to me, the ones who win gold or silver or bronze at this Olympics deserve more praise.”

Due to the unpredictable situation caused by the Covid-19 pandemic, Razif considers the badminton competition to be an open affair.

“I do not see any nation stronger than the other. Japan may have dominated the scene before Covid-19 and many see them as the favourites at home. They will have no spectators to support them and I’ve also seen how hosts have crumbled under pressure at home,” said Razif.

“China have not been out for a year and a half. No one knows their form. Some fear that they may come out with guns blazing in Tokyo, but competing in a first tournament under strict SOPs due to Covid-19 may unsettle them.

“Indonesia are determined to prove a point after they were forced to pull out from the All-England as a Covid-19 precautionary measure. They’ll be more than determined to win. For the first time, Denmark will be competing in the men’s singles with two strong players (Viktor Axelsen and Anders Antonsen).

“Malaysia have also assembled a reasonably good team but they have tough opponents. I hope they’ve analysed their opponents enough.

“It all depends on every nation’s preparation at the back of these Covid-19 difficulties. Almost all teams are in the same boat - they’ve faced challenges in training and lack of tournaments.

“This will be one of the most open affairs in the Olympics badminton competition. Any top players from any of these nations can strike a medal. I hope our Malaysian players will come through this challenging Olympics triumphantly.”

Malaysia have yet to win a gold medal in badminton.