Arokiasamy working out in his own gym.

FORMER national bodybuilder A. Arokiasamy has not slowed down even at the age of 72.

With a body that is still envied by many of his peers, Arokiasamy has kept himself busy and active in the world of bodybuilding.

He keeps his body fit and trains budding bodybuilders in his gymnasium – Arokiasamy Bodybuilding Training Centre in Teluk Intan.

Many may not know him now but he has achieved some good results since he got involved in bodybuilding in 1969.

He had taken part in competitions such as Mr Malaysia, Mr Universe and Mr Asia. In the Mr Asia, he was the bronze medallists twice in the light heavyweight category in Kedah (1981) and Japan (1982).

He also won a bronze medal in the middleweight category at the 1979 SEA Games in Jakarta when bodybuilding was introduced as an exhibition sport and at the 1989 Kuala Lumpur Games, he took a silver in the lightweight class.

Having come through hardships and stereotypes, Arokiasamy, who has made a name for himself, wants to pass on his legacy.

“I want to teach the youngsters about bodybuilding and inspire others as long as I can through this sport, ” said Arokiasamy.

Bodybuilding however, was not his first calling.

“I played badminton, hockey, football and basketball in school. I was very active. When I came out of school, I played rugby for a club in Teluk Anson (Teluk Intan was known as Teluk Anson before 1882), ” said Arokiasamy.

“A friend introduced me to bodybuilding. I went to a competition, and at the time in the 60s, most of the bodybuilders were Chinese.

“I remember a competitor of Indian descent was booed and I was more than inspired to prove myself. I learnt a lot about posing and sculpting. In 1969, I took part in Mr Lower Perak and became champion.”

Then, there was no turning back. 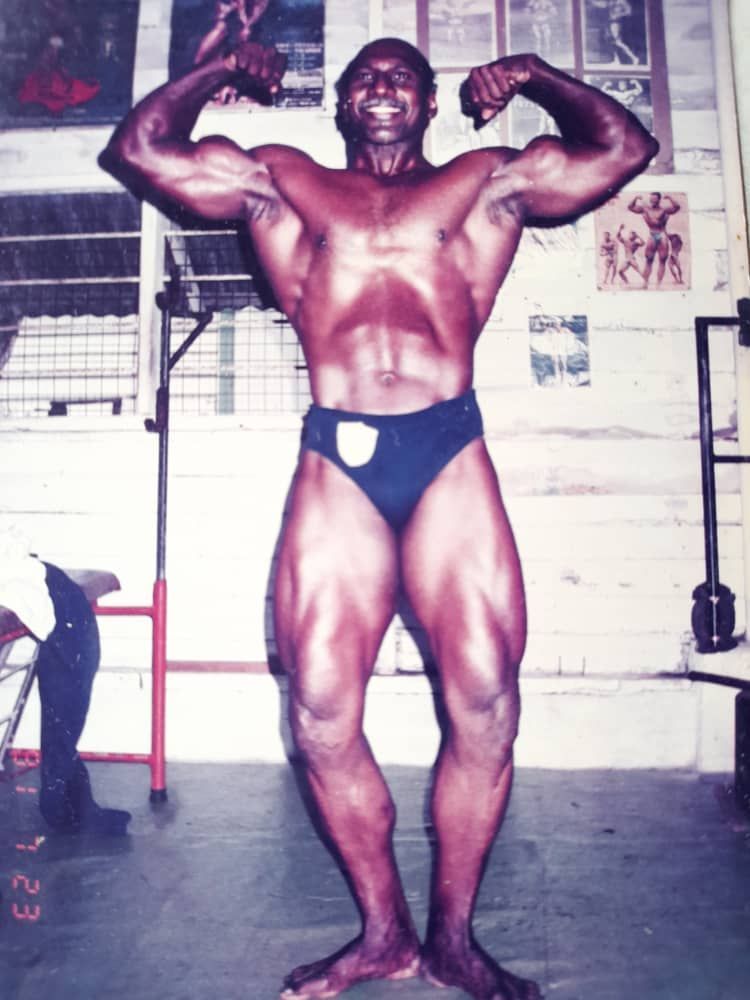 Age is just a number: A. Arokiasamy was able to keep his body in shape for competitions even when he was 60.

“I took part in various competitions, travelled the world, made lots of friends and even went for courses. Thanks to the world of bodybuilding, I met people like Datuk Malek Noor, Bujang Taha, Basri Kanna and Khoo Tak Aun.”

His rise in international stage however, was slow as he did not have sponsors. Only from 1979, he got to train with other bodybuilders like Bujang and Basri.

“I went to Johor to train and it was an eye-opener. I was able to hone the art better, ” he said.

“Also, thanks to Malek, I trained under the National Sports Council (NSC) in the 80s, and enjoyed a systematic training programme.

“It was tough, but when you love something, you are willing to go through that pain, and it was worth it.

“On the stage, we compete against each other, but off it, we are brothers and willing to share our knowledge and expertise.” 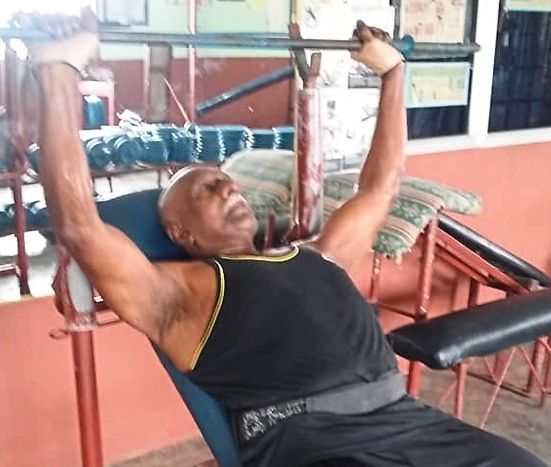 It was his passion to share those years of experience with others that prompted Arokiasamy to set up his own gym in the 90s.

And what makes his gym in Jalan Sungai Nibong unique compared to all the other sophisticated centres is that he had made most of his equipment from scrap metal.

“I’ve spent about RM12,000 to set up the gym on a land nearby my house. I have a nephew who does scrap metal business, so I get some things from there to build my equipment. They are sturdier.”

It gives Arokiasamy much joy to see young bodybuilders from his humble place growing from strength to strength.

“I am training a few bodybuilders, and some of them have taken part in competitions in the country and also overseas. It gives me joy... I will continue as long as I can, ” said Arokiasamy, who still carries weights.