Sangeetha wins in Bangkok and dreams of winter Olympics

PETALING JAYA: The 2020 Winter Youth Olympics are going on in Lausanne now and little Sangeeta Retnakumar is following it avidly. She hopes to be part of the action someday.

The Year Six pupil from SK Pusat Bandar Puchong 2 was one of 128 participants from Malaysia, Thailand, Indonesia and the Phillipines in the competition, which ended on Saturday at the Rink Ice Arena of Central Plaza Grand Rama 9.

Sangeetha dedicated her win to her grandmother Raja Hispery Muthu who died last month. “She was my greatest blessing, ” said Sangeeta.

“I would also like to thank my coaches Micheal Chak and Angeline Chan, ” said the pint-sized lass.

Sangeeta, who began competing in skating at the age of seven, has taken part in and won many figure skating competitions in Asia.

Her parents have played a huge role in her success so far as they take her for training four days a week.

“She has to wake up as early as four in the morning and go for training. Her father takes her to training, ” said her mother, Gayateri, 40.

“Sangeeta is also a great example for her two younger siblings, Nitish, 9 and Shivanya, 3. Both of them look up to their older sister, ” she added.

Sangeeta is the pride of her school as she was awarded the Tokoh Harapan Kokurikulum.

Her next assignment will be the Malaysian Nationals, Skate Asia 2020 in August, and Skate Hong Kong in November.

Sangeeta’s long-term dream is to qualify for the Winter Olympics. And her parents are backing her to do so. Retnakumar and Gayateri have vowed to keep supporting their daughter’s dreams despite the challenges.

“This sport is very expensive in terms of coaching fees, shoes, costumes, cost for travelling to competitions and so on. We really hope she can get sponsors so she can achieve her dream of becoming an Olympian, ” said her father A. Retnakumar. 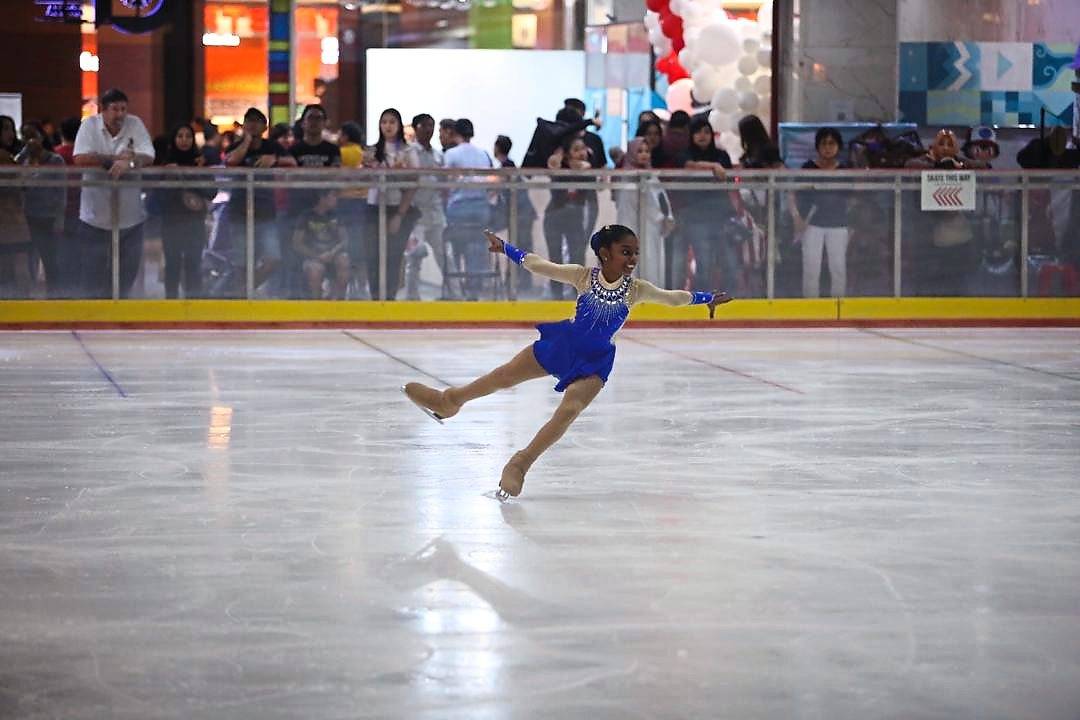 Sangeeta with her father, Retnakumar Annamalai

Sangeeta displaying one of her gold medals