They came, won, and stole hearts

The 20-year-old Mathematics student at the Imperial College of London won the men’s rapid chess competition. Malaysia have never won gold or silver in the event at the SEA Games before.

THERE were no expectations but Grace Wong defied the odds to emerge triumphant in the women’s downhill event.

The feat was certainly outstanding as the 32-year-old managed to beat the well-prepared home skateboarders, given their familiarity with the track and their infinitely more training time on the route.

Grace’s victory was complemented with another bronze from Luqman Hakim Ahmad Shahrafidz in the men’s downhill.

TO many older folk, a Hearthstone would be the stone at the base of a fireplace but thanks to Dr Yew Weng Kean, we might see people taking an interest in the online digital card game, which was initially known as Heros of Warcraft. The 29-year-old assistant professor of Heriot-Watt University Malaysia in Putrajaya is the first Malaysian to win an esport gold medal in the SEA Games.

SAM Jee Lek gave the Malaysian contingent a surprise break by delivering the men’s breakdance gold medal on the first day of official Games competition. The 24-year-old beat all four opponents hands down in the round-robin format to win the breakthrough gold medal in breakdance, which was making its SEA Games debut.

Jee Lek, known as Lego Sam for the toy bricks he used to play with as a child, is now hoping to try to qualify for the Paris Olympics in 2024, where breakdance will make its debut.

Jee Lek is hoping the National Sports Council can chip in to help him realise his Olympic dream. He competed in Clark under category B2, which means he will not be refunded for his flight, accommodation and food expenses even after winning the medal.

THE gold may continue to elude Malaysia in golf, but the women’s golf team led by Natasha Andrea Oon impressed with an unexpected runners-up finish in the team event.

Natasha and Co fell short in the match play final, losing 0.5-1.5 to overwhelming favourites Philippines powered by LPGA Tour-bound Bianca Pandaganan, to miss out on ending the nation’s 18-year wait for gold.

Still, kudos to the team for sending defending champions Thailand packing in the last four where Natasha played a starring role by beating world amateur No. 1 Atthaya Thittikul in the playoff.

THERE were many new faces in the Malaysian fencing team, but two experienced ones delivered by winning two surprise silvers for Malaysia.

First, it was Hans Yoong who won a silver medal in the individual foil after losing to Thailand’s Mayakarn Chornnasun, by a single point in the final.

Only 19, he will be expected to be the face of Malaysian fencing in the years to come and is aiming for glory in the 2021 Games in Vietnam.

Another fencer, Joshua Koh, 29, won silver in the men’s epee after losing to Vietnam favourite Nguyen Yien Nhat 5-15 in the final. Joshua had won gold in the 2011 SEA Games in Indonesia and bronze in the 2017 SEA Games. He has the perfect collection but his eyes are now on qualifying for next year’s Olympics.

Jiu-jitsu (0-1-2)THESE three martial art sports almost missed out on the Games as they were initially placed on the KIV (keep in view) list by the Olympic Council of Malaysia (OCM). It took months to convince OCM to allow them to compete. It was all justified in the end as their exponents contributed a silver each.

Fakhrul Adam Fauzi Cruz finished second in the men’s 90kg category of Kurash, a type of folk wrestling practised in Central Asia, while Izzat Affandi achieved the same feat in the men’s 90kg of Sambo, a Soviet martial art and combat sport.

THE sport targeted five golds but will come back one short. But it’s not fair to say they under-achieved as they had to deal with terrible field conditions from the start. The organisers decided to switch to natural grass instead of the usual synthetic field just 50 days before the Games and Malaysian team were caught by surprise.

There are no natural grass playing grounds back home and the Malaysian team had to hurriedly arrange for a training stint in Thailand to prepare. Still, the team were successful in the men’s triples and fours but only managed a bronze in the pairs. There was joy in the women’s pairs and fours but once again the triples had to settle for bronze. 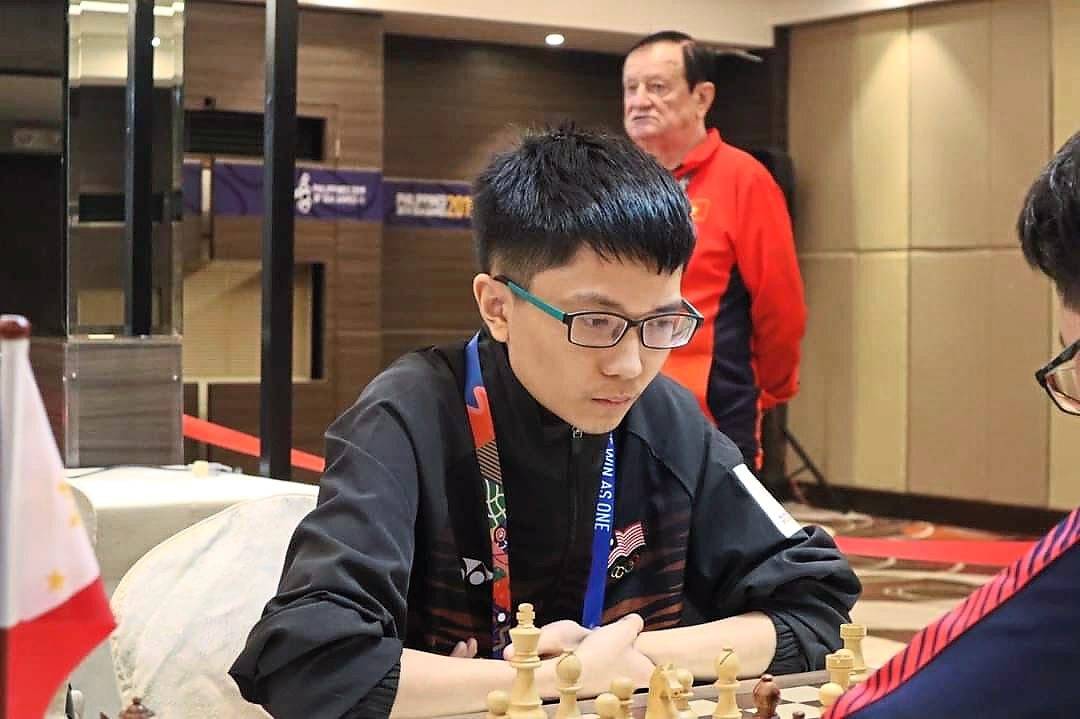 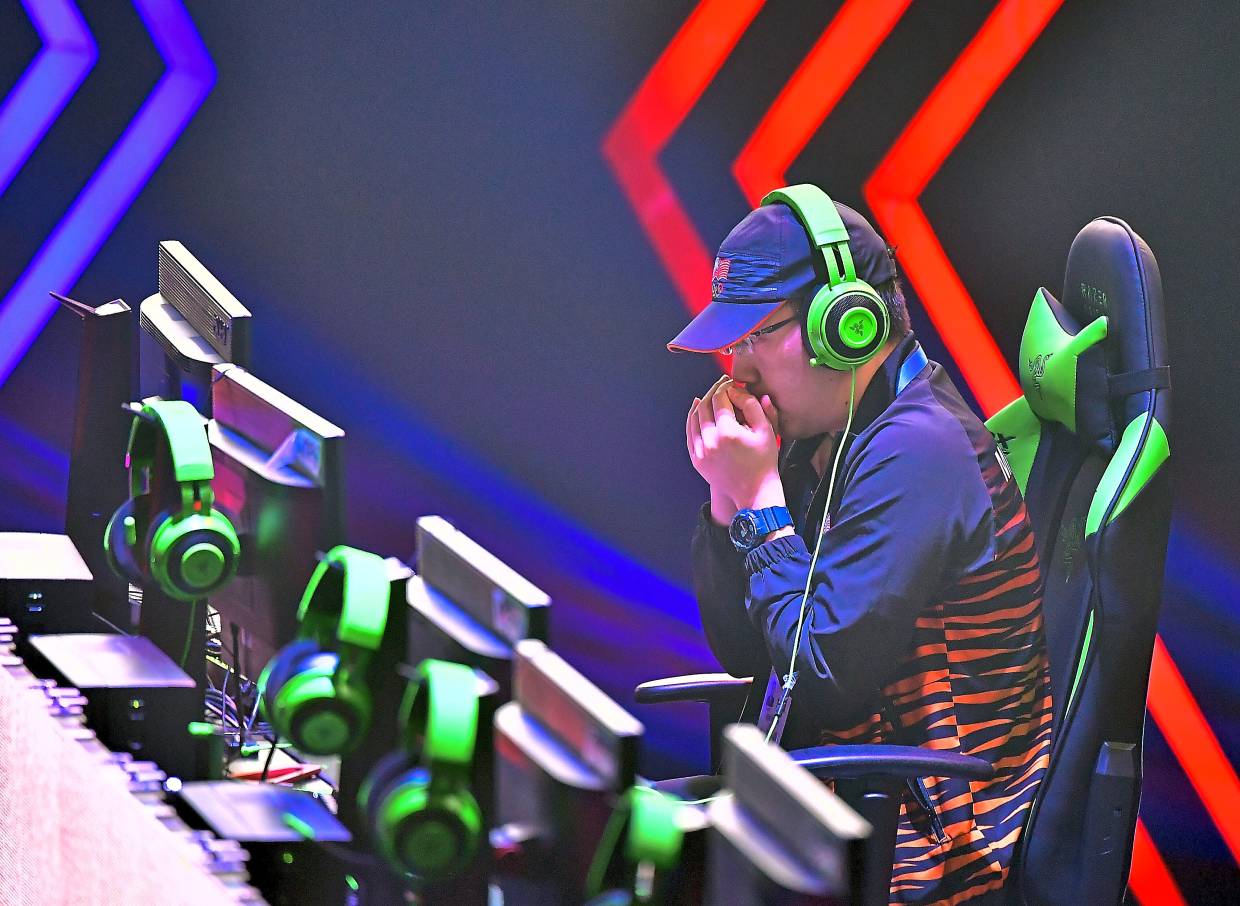 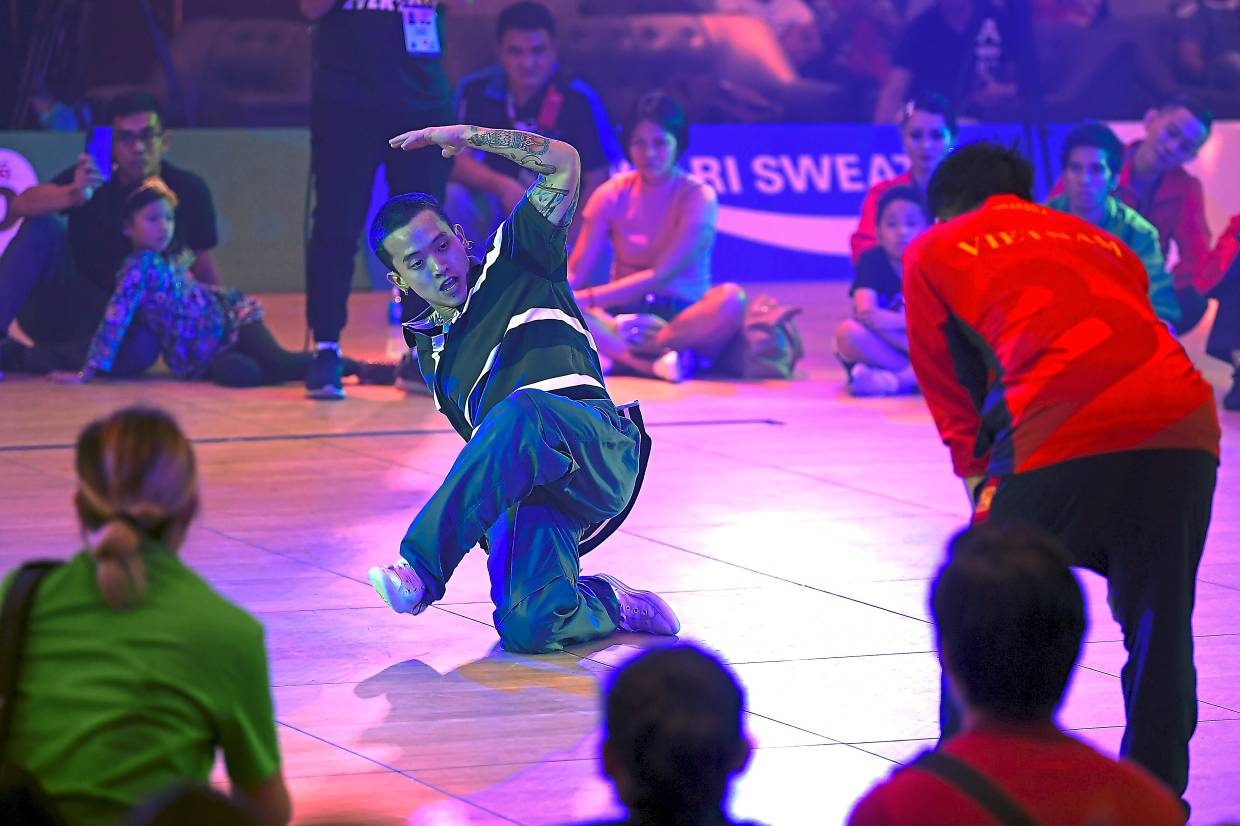 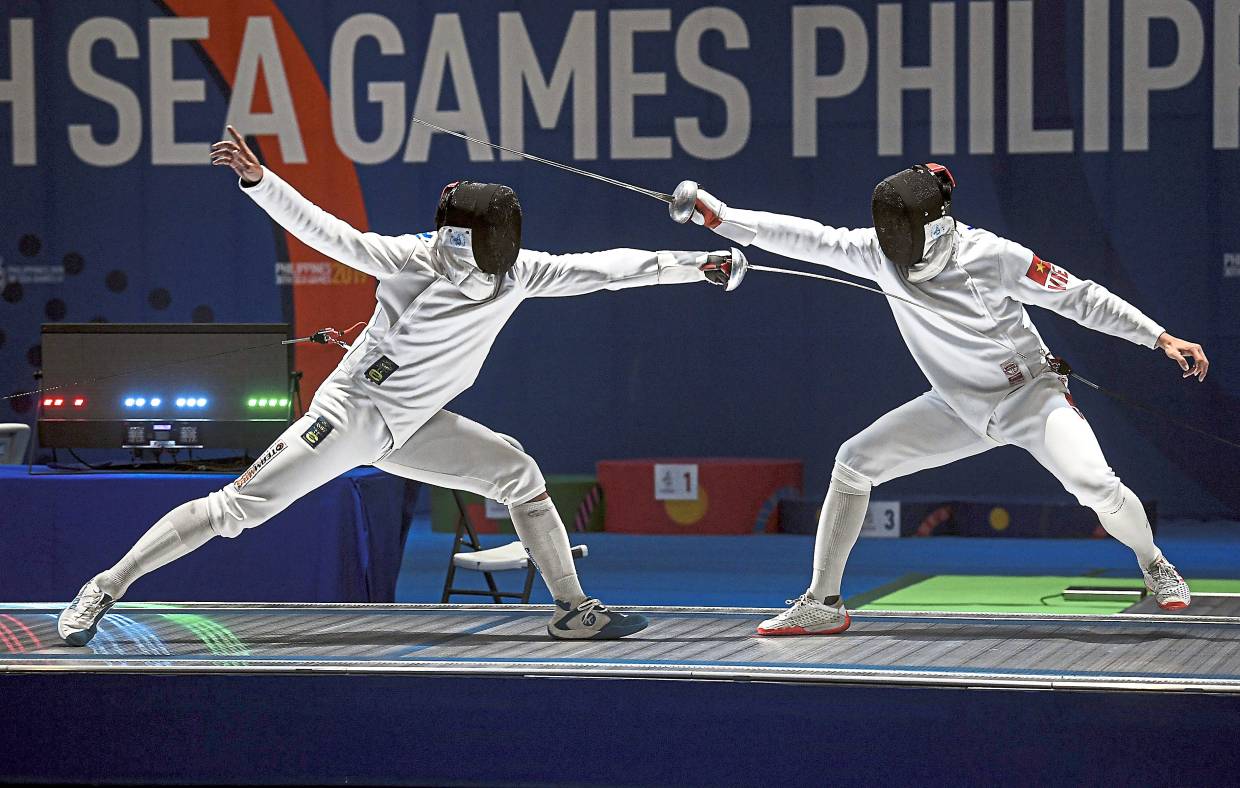 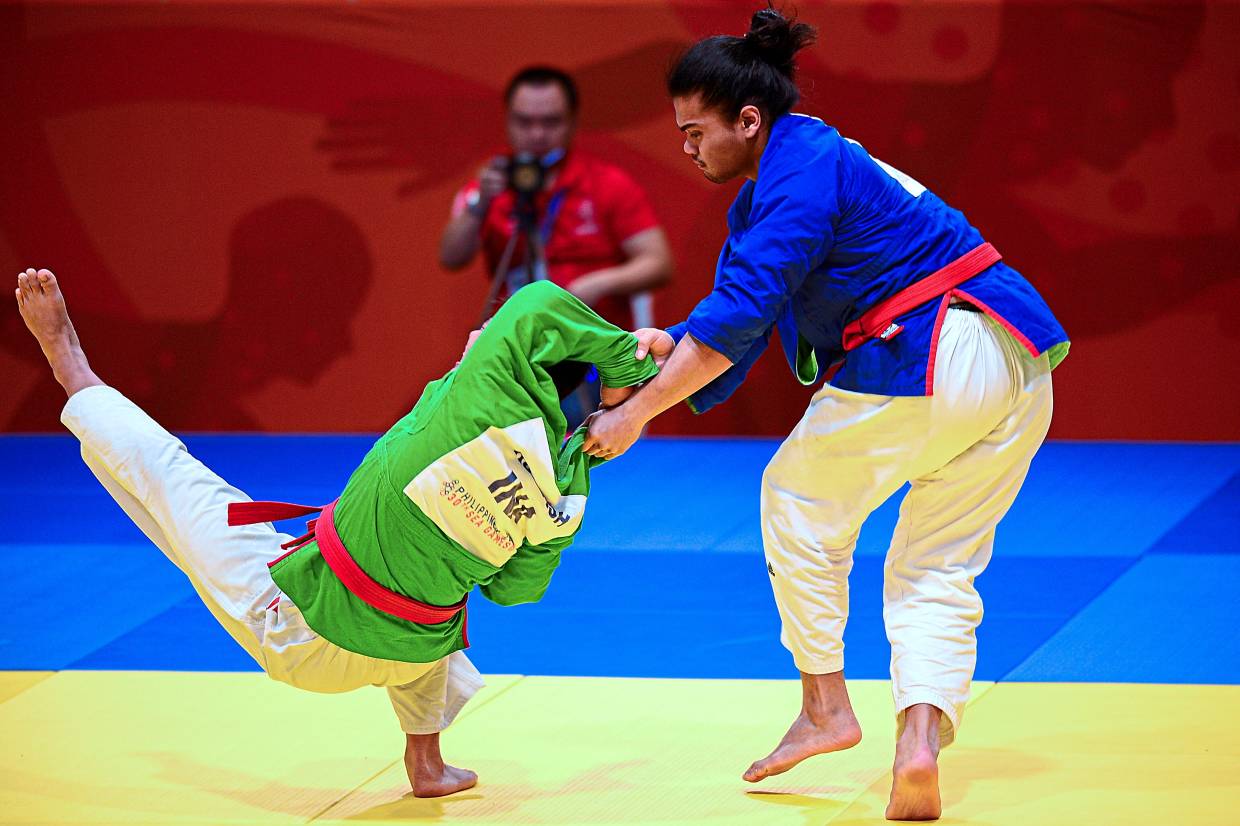 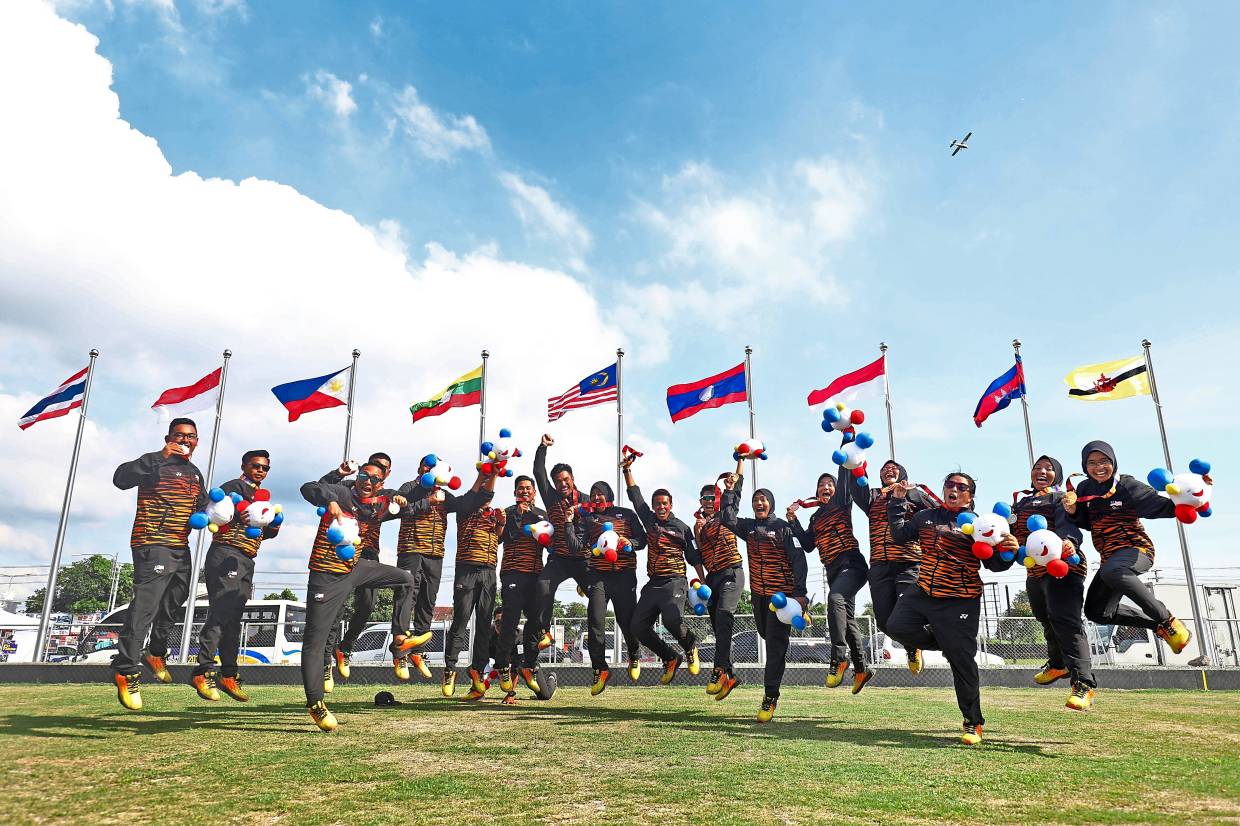 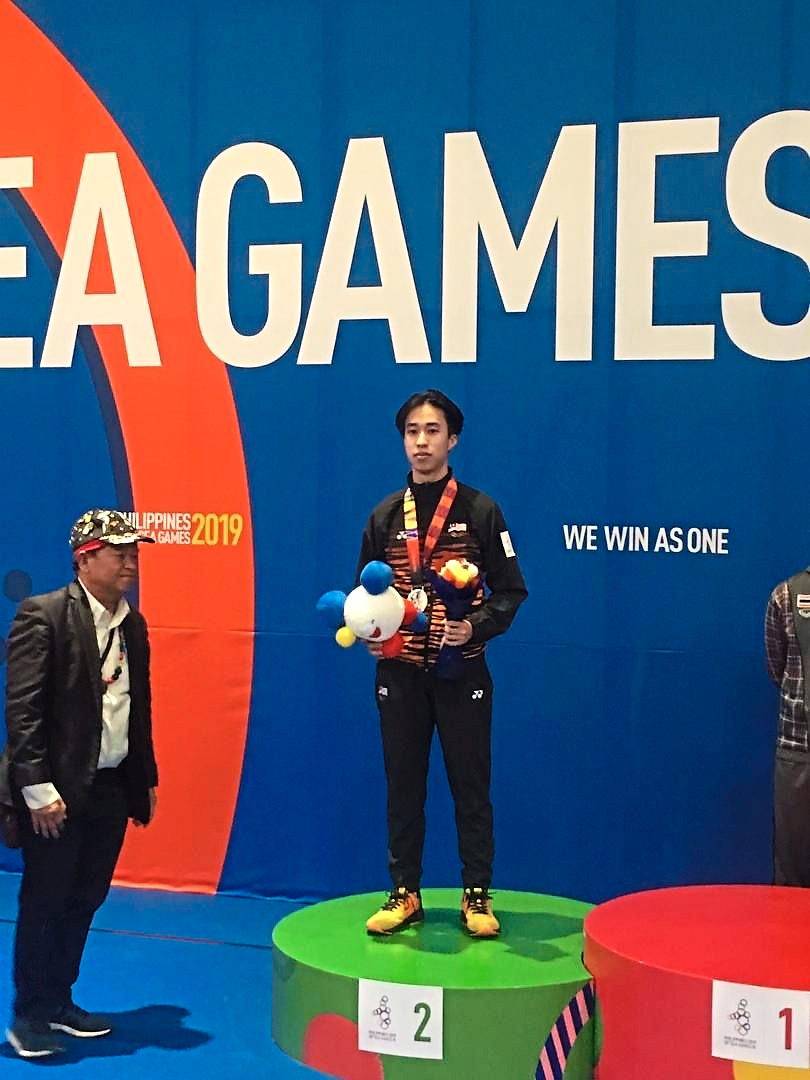 On a high: Malaysian lawn bowlers celebrating their four-gold medal feat in the SEA Games.