SRAM make up for blunder by giving Delia wildcard entry

KUALA LUMPUR: Last year national No. 3 squash player Delia Arnold found herself out of the Kuala Lumpur Open even before the tournament began.

And it wasn’t even her fault.

The Squash Racquets Association of Malaysia (SRAM) failed to submit the names of Delia and two others – Lim Yoke Wah and Siti Munirah Jusoh – to the Women’s International Squash Players Association (Wispa). The trio were supposed to play in the qualifying rounds. 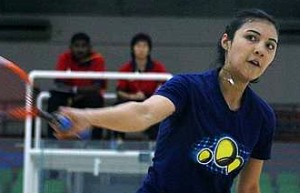 This year, SRAM have made up for their blunder by giving Delia a wildcard entry into the main draw of the Malaysian Open, which begins on Monday.

The 22-year-old Delia, the daughter of Kuala Lumpur coach Raymond, is just glad to have been given a chance to play in the main draw.

“I was disappointed when my name was not entered for the Kuala Lumpur Open last year.

“This is the first time I need not have to play in the qualifying rounds,” said Delia.

The qualifying rounds (July 21-22) and the first round (July 23) of the Malaysian Open will be played at the National Squash Centre in Bukit Jalil.

Matches from the quarter-final stage onwards will be played at the new glass court at The Curve, Mutiara Damansara, from July 24-26.

Delia, ranked 46th in the world, will face world No. 6 and fifth seed Jenny Duncalf of England in the first round.

“I have never played her before but I expect a tough time as Jenny’s 40 rungs above me in the world rankings,” said Delia.

The Malaysian Open will use the new 11-point scoring system, which Delia isn’t too comfortable with.

“The system was used in the Irish Open in April and I lost 3-0 to Madeline Perry of Ireland in the quarter-finals.

“I prefer the old scoring system of nine points. I find it difficult to adapt to the new scoring system,” said Delia, who scored two upset wins en route to finishing second in the NSC Super Satellite No. 2 tournament last week.

World No. 1 and top seed Nicol David is gunning for her fourth straight Malaysian Open title.