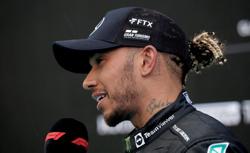 (Reuters) - McLaren's Lando Norris on Monday said he is conflicted about FIA's plans to introduce changes to reduce or eliminate the "porpoising" problem affecting this season's Formula One cars, but added that driver safety was paramount.

F1 introduced a radical rules overhaul this year that has seen cars generate a significant chunk of their downforce from the underside of the floor.

This has led to the "porpoising", in which the cars bounce dramatically at high speeds, like the motion of a porpoise through water.

Concern reached new levels at the Azerbaijan Grand Prix when seven-times world champion Lewis Hamilton struggled to get out of his Mercedes at the end of a punishing race.

However, Red Bull's Christian Horner, whose team are leading both championships and have a more stable car, has said it is unfair to change the rules for all mid-season when one team is struggling more than most.

"I must admit to being a bit conflicted on it. The truth is we are not massively affected by porpoising, so we were not pushing for change," Norris wrote https://www.telegraph.co.uk/formula-1/2022/06/21/mclaren-can-bounce-back-weekend-view-porpoising-row in the Daily Telegraph.

"If there is a real danger that drivers could have long-term health consequences ... or that they could lose focus and crash, then something has to be done. Safety has to come first, and while it might not be affecting me now, these regulations are long term.

"My main concern is that it is fair for everyone - ideally you would implement any changes post-season - but inevitably it is going to affect some more than others."

McLaren failed to pick up any points in the Canadian Grand Prix, with Norris collecting a five second time penalty and finishing 15th, but the Briton said the team would learn from their failures ahead of their home British Grand Prix.

"I have to hold my hand up to mistakes," Norris said. "It was a tough weekend for the team, with my team-mate Daniel Ricciardo also out of the points in 11th. We will do our best to give the British fans something else to cheer next weekend."

(Reporting by Aadi Nair in Bengaluru; Editing by Nick Macfie) 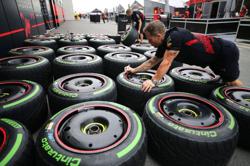