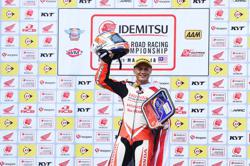 PETALING JAYA: Petronas Yamaha Sepang Racing Team rider Franco Morbidelli (pic) heads to Jerez with a hope of finishing on the podium there for the first time.

The Italian rider is starting round four of the 2021 MotoGP campaign this weekend in good form after securing fourth place in the Portugal round in Portimao two weeks ago.

Morbidelli narrowly missed out on a first podium of the season following an intense final few laps with fellow countryman Francesco Bagnaia and Joan Mir of Spain, who finished second and third respectively.

The top five result elevates Morbidelli into 10th in the championship standings.

Morbidelli was in contention for a rostrum during both Jerez events last year but the Spanish circuit has not been kind to him. He has yet to claim a podium there in either MotoGP or Moto2.

However, the Italian has started from the front row on two occasions in his GP career – 2019 in MotoGP and 2017 in Moto2.

“The track at Jerez is really nice and I have been fast there, ” he said.

“Last year I was very close to finishing on the podium in both races we had at Jerez, so I hope we can actually make it a podium this time.

“The competition is tougher this year and the level is higher but I will be trying my hardest to stay as close as possible to the top three.

“We need to be ready to react to the circuit and the other riders but we are ready to give our maximum and to be the best that we can.” 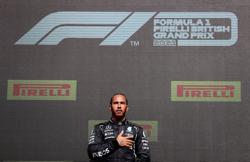