The Toyota Vios Challenge is competed on a level playing field where everyone drives an identical race car.

AT 48, and with more than 20 years of experience competing in circuit racing and rallies, Haji Sutan Mustaffa Salihin is not embarrassed to admit that he is a “newbie” competing on a street circuit in the Toyota Vios Challenge.

Making his debut in Season 3 of the race series, Sutan’s experience however demonstrates otherwise as he quickly converted a cautious start in Round 1 to rise to the top of the winner’s podium to claim his maiden victory in Round 2.

His accomplishments over the years include being the Class B (1800cc) champion in the 2000 Merdeka Millennium Endurance; 1800cc category winner in the 2004 Johor Race Series; and claiming several championships in the Malaysian Rally Championship (MRC) from 2001 to 2017.

What made you decide to compete in the Toyota Vios Challenge?

I truly feel this is a worthwhile series to invest in because it is professionally organised, it is fully backed by an auto manufacturer and has the full strength of marketing, advertising and promotional support which has successfully established it as one of the most professionally-run race series domestically.

As a privateer racer, the package offered was also extremely attractive, from a fully-prepared race car which is affordably-priced that I am able to purchase with the assistance of auto financing, a season’s supply of racing tyres, racing suit, attractive prize monies, and the generous hospitality extended to all drivers at every race. Overall, the series is just good value for money. It’s also a series I would strongly recommend to new and young drivers.

What makes you say it is suitable for new and young drivers?

The Toyota Vios Challenge helps to hone an individual’s skills while competing on a level playing field. There is no need to modify your vehicle and the emphasis is solely on an individual’s ability.

Let’s be honest, motor racing even at its lowest form, has always been a money game and by this I mean you need to spend to enhance the performance of your vehicle. In a one make series like the Toyota Vios Challenge, you eliminate this financial variable by mandating everyone to drive an identical race car which in return helps them to sharpen their driving skills, race craft, intuition, knowledge and experience in door-to-door competition.

How challenging has it been for you to compete as a privateer?

I have to be extremely cautious not to make any mistakes because colliding with the wall will result in extensive damage to the vehicle and that essentially means having to spend more money on repair works. Unlike fully sponsored drivers, any repair cost comes directly out of my own pocket. I’m estimating a budget of approximately RM150,000 per season of racing inclusive of the purchase price of the vehicle and all running costs but this amount excludes repairs. ‘I have been racing for almost 20 years, but this is my first time competing on a street circuit,’ said Sutan.

Does this hold you back in any way?

I wouldn’t say it holds me back but I am gradually gaining confidence and increasing my pace on the track. Racing is about fighting for a strong result, ideally a win every time you compete, but it is also about driving sensibly and taking calculated risks where and when you can gain an advantage. It is also not easy to fight against younger drivers who are aggressive and talented.

How do you look at your prospects in Round 3?

Like I have been doing in the first two rounds, drive cautiously, stay focused and make the most of any advantage. It will also be my first time competing at the Stadium Batu Kawan track and much of the practice and qualifying sessions will be spent trying to learn the track and finding the best set-up for the vehicle. Carrying a 25kg weight penalty in the car by virtue of winning Round 2 also means I will be at a slight weight disadvantage. It’s quite a daunting task with 15 other drivers on the grid jostling for positions, many of whom already have one or two seasons experience and technical data racing at this track.

Round 3 of the TGR Festival will be held at Stadium Batu Kawan in Penang from Feb 15-16,2020. The festival will also include the display and test drive of Toyota’s fleet of new vehicles, a drift performance by Japanese drifters courtesy of Toyo Tires, a racing simulator challenge, stage games, celebrity performances, promotional activities, lucky draws, the sale of merchandises, and a Super Fans Signing Session for a chance to mingle with the celebrities racing in the Promotional class. There will also be fun run on the track as well as a zumba fitness session. Other attractions include a fleet of motorcycles and merchandise on display and sale by Harley Davidson and Moto Guzzi, a Beyblade competition, the sale of Hot Wheels die cast models, and a display by the Art of Speed. 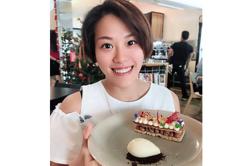 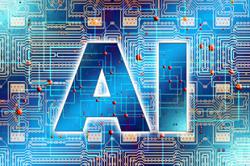