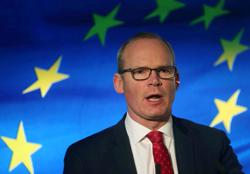 KUALA LUMPUR: Play as a team, have the right attitude and forge a winning mentality.

These are the three aspects national hockey team manager Datuk Mirnawan Nawawi hopes to see the Speedy Tigers achieve in their 10-match tour of the United Kingdom from Sept 26-Oct 16, including two games against Ireland (Oct 5, 6) in Belfast.

The former international also added that players must put the team’s interest ahead of personal glory.

“We also intend to inculcate a new attitude and aptitude among the players. They must not focus on beating Ireland only but must forge a competitive mentality of wanting to beat every team.

“We must use the tour as best as possible to reach the next level,” he said when contacted yesterday, adding that victories over Ireland would be crucial to maintaining Malaysia’s 11th spot in the world ranking.

Mirnawan revealed that the players have acclimatised well since their arrival at the Bisham Abbey National Sports Centre on Sunday.

He said although they are still undergoing the five-day quarantine, the players were allowed to train after the squad tested negative for Covid-19 on the second day.

The Speedy Tigers will continue to train in Bisham Abbey until they complete all four friendlies against club sides Old Georgians on Sunday (Sept 26), Surbiton (Sept 28), Hampstead & Westminster (Sept 29) and Beeston (Oct 1).

Malaysia will then take on Ireland, followed by friendlies against Wales (Oct 9, 12) at the Wales Hockey Centre and Reading Hockey Centre respectively before completing their tour against France (Oct 15, 18). — Bernama