Saujana Golf and Country Club plays host to several tournaments and this year welcomed back the Carlsberg Classic.

AS the economy continues to broaden its boundaries and gain traction, following the reopening after the restrictions and lockdowns of Covid-19, so too has golf benefitted enormously from this.

A quick glance at the industry leaves one with a picture of golf moving in the right direction, and almost all the stakeholders in various sectors are reporting positively on how things are developing and what the future might hold.

Of course, it goes without saying that not all managed to safely make it through the toughest days of the pandemic, and it is with sympathy that one can only feel for these companies and the people who have been affected by this.

Indeed, some business concerns, among those that pulled through the darkest times, will take a while longer to fully recover than others. That is just the way of life, how the world in which we live spins around.

One component, though, that has restarted and gained momentum as it was welcomed back by people across the length and breadth of the country (and, in the bigger picture, the region and the global game) is tournament golf.

It wasn’t more than a few months ago that tournaments were suspended indefinitely. And the state of the game was exacerbated, as necessary as it was, by the closure of the international borders.

But since they were reopened in April and international visitors started trickling back, the golf industry has picked up rather nicely — not quite up to the speed of before Covid-19, but certainly with a quickening. 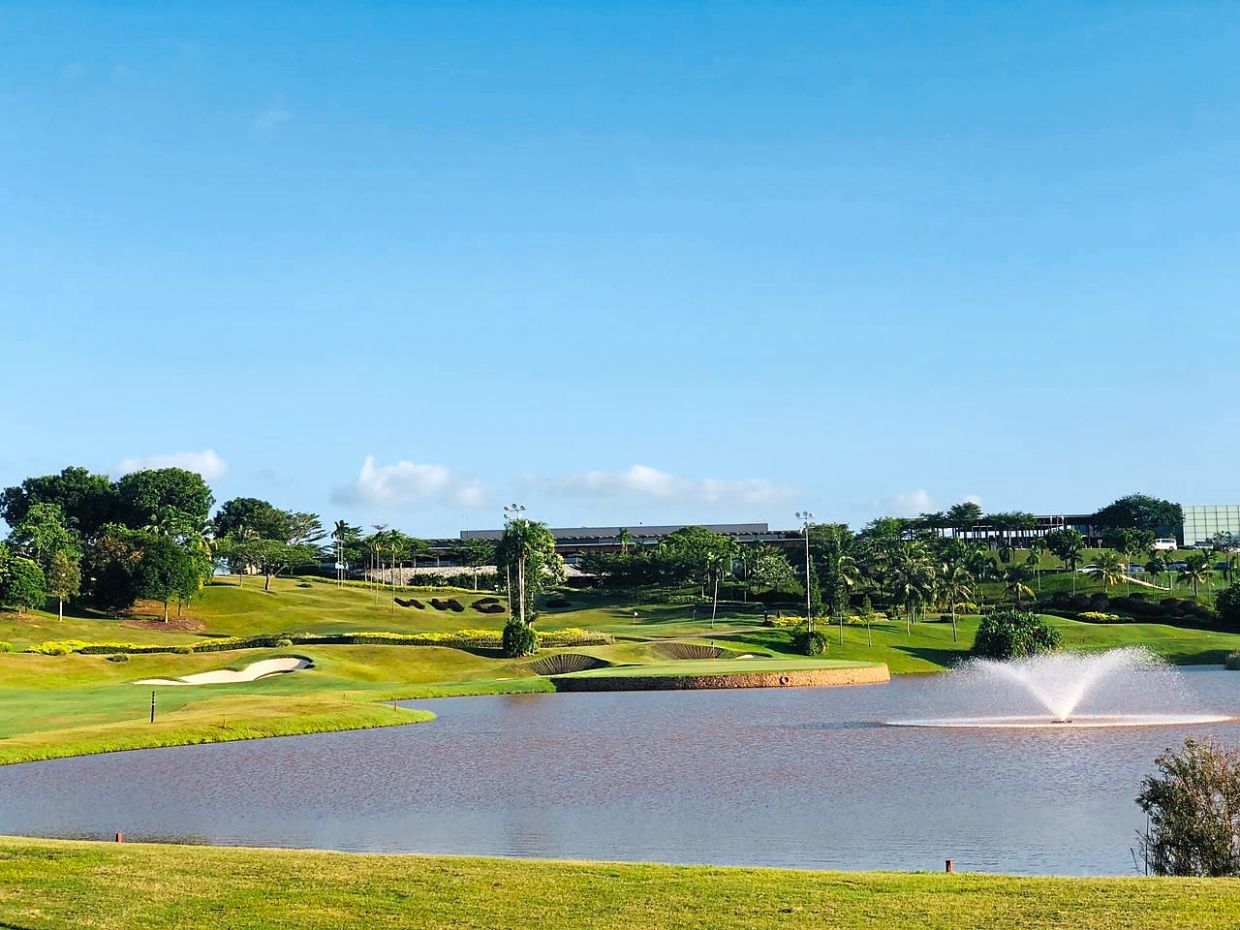 Horizon Hills is one of the clubs benefitting from tournaments again.

A number of people TeeUp spoke to this week who are involved in making tournaments happen, be they the organisers, sponsors, venues or players, said they were generally happy with the present situation and what potential lies ahead.

The one recurring theme to emerge was that “tournament golf is back”.

Golf club managers have responded in the affirmative when addressing enquiries about tournaments since the reopening after the lockdowns.

“The return of tournaments and the staging of them, which is becoming more regular now, is good for everyone involved in the game,” said S. A. Nathan, Saujana Golf and Country Club general manager.

“Not only do the golfers get to play competitively again, but the clubs themselves, right through to the suppliers, stand to benefit,” he added.

Indeed, it was at Saujana where it was announced that the Carlsberg Golf Classic, with more than RM1.6 million worth of prizes on offer, would be making a return after an absence of two years, brought about by the Covid-19 pandemic.

The Carlsberg Classic was founded in 1993, and it has supported the growth of local golf over the years.

It is generally known as the biggest and longest-running amateur golf series in the country. And it was here that Carlsberg Malaysia’s managing director, Stefano Clini, noted: “Our investment behind the three-decade long Carlsberg Classic tournament shows our unwavering support towards the sport, the golfing fraternity and the golfing industry.”

He added: “We upped the game this year, with greater prizes and excitement for both avid and new golfers to play, network and talk about the game in a fun, exciting and less competitive atmosphere.”

A representative of an events company, who declined to be named in this report, said they recently hosted a tournament at one of the premier clubs in the Klang Valley and that hosts, a | tech company, spent in the region of RM500,000.

“While this might not sound like a lot of money, the tournament was held only for the client’s business partners and associates.

“And the good thing about all of it is that tournaments can be played again and that the number and size of these events are growing too,” said the source.

The Professional Golf of Malaysia (PGM) Tour also marked its return this year return after being side lined by the Covid-19 pandemic.

“Yes, there are spin-offs, in that the clubs and their suppliers and business partners also benefit, but for us, the most important thing is the players, and that’s what our Tour is about.”

Glenmarie Golf and Country Club manager Nor Afendi Mohd Razlan said tournaments were one means by which clubs bolstered their revenue generation.

“Hosting tournaments is something that most clubs welcome because it helps increase revenue,” said Nor Afendi.

“But it also helps keep the clubs on their toes, because for tournament golf there are extra preparation processes that take place and these enhance the conditions and presentation of the club,” he added.

Tournaments themselves are also taking on a new face.

When adidas hosted their Golf Day at Glenmarie, a theme of nurturing the planet and fighting global warming was adopted as an emphasis was placed on sustainability and inclusivity.

As reported on page 28, adidas said this was part of their commitment to sustainability and the brand’s campaign to “End Plastic Waste.”

A notable measure taken by adidas was that the polo shirts and caps used in the event were “made mainly from recycled material”.

This is definitely something folks involved in organising tournaments could learn a trick or two from, especially now that things are looking up again.