Matthew Fitzpatrick’s first Major title, at the 122nd US Open championship at the Country Club in Brookline, Massachusetts, last weekend was an overwhelmingly popular one.

The 27-year-old Englishman, who had seven victories on the European Tour (now the DP World Tour) but none in the United States, eclipsed Will Zalatoris and Scottie Scheffler by one stroke, having finished the gruelling test on six-under-par 274.

Japan’s Hideki Matsuyama, who claimed the Masters last season, was fourth on three-under, while Collin Morikawa and Rory McIlroy were tied for fifth on two-under 278.Fitzpatrick’s triumph at the Country Club was a repeat win at the venue where he won the 2013 US Amateur Championship, only the second player after Jack Nicklaus to win the US Amateur and the US Open at the same venue. Nicklaus did it at Pebble Beach Golf Club in California.

Fitzpatrick also became only the 13th player to win the US Amateur and the US Open.

His US Open win was only the fourth by an Englishman, following in the footsteps of Justin Rose in 2013, Tony Jacklin in 1970 and Cyril Walker in 1924.

For Zalatoris this was a second straight Major where he finished runner-up, having lost a playoff in the PGA Championship last month.

It was quite a tussle at the top for most part of the tournament, but on the last day it always looked like either Fitzpatrick, Zalatoris and Scheffler were going to make off with the silverware.

Scheffler in particular looked a good bet, birding four of the first six holes in the last round. But like so many of these tournaments, one or two slip-ups towards the end, often ends your challenge, and that’s what happened with the world number one.

Zalatoris, who must now be considered a contender at all the Majors going forward, assuming he is fully fit, might be kicking himself again. One or two little errors crept in and that’s what made the difference in Brookline.

As these lads prepare to make their way to St Andrews in Scotland, the Home of Golf, for the British Open next month, many will have already jotted down their names as potential winners with a little more credit than others.

A real plus-point for those watching the live television broadcasts of the US Open (on Astro), was that not once was any references made to LIV Golf, the new lucrative circuit that is rivalling the US PGA Tour (it is worth noting that the mentioned broadcasts were not from Golf Channel, and maybe that’s why). 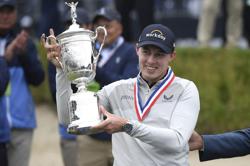 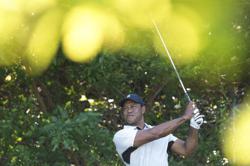