Hyo Joo Kim will be out to make her way to a repeat triumph. – AFP

GOLF fans keen on following the women’s game can look forward to next season’s HSBC Women’s World Championship at Sentosa Golf Club in Singapore with some relish.

Notwithstanding the threat posed by the new Covid variant Omicron, and with the opening of cross-border traffic to our southern neighbour, fans will get to see some of the best players in the world in action again from March 3-6.

And should things improve even further and traffic be allowed to resume with Thaialnd, there will be the Honda LPGA Thailand at Siam Country Club in Pattaya, Chonburi from March 10-13 to also soak up.

The dates and venues were recently ratified by the LPGA Tour and in the case of Singapore, champion Kim Hyo-joo has already confirmed her intention to defend her title at Sentosa Golf Club.

En route to her triumph in late April, Kim held off the last round charges of fellow Major winners Park In-bee and Hannah Green, in what turned out to be a fascinating 2021 Championship – the first big sports event to take place in Singapore after Covid-19 brought everything to a standstill.

Kim, the 2014 Evian Championship winner, carded a closing 64 to seal her first victory on the Tour in five years and claim her fourth LPGA tournament title by a single stroke.

The 2021 Honda LPGA went to Ariya Jutanugarn, who became the first Thai player to win the US$1.6mil event. She secured the win with a one-shot margin over compatriot Atthaya Thitikul, who missed a birdie putt at the last hole to force a play-off. 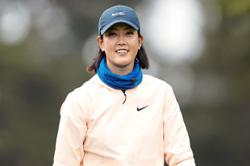 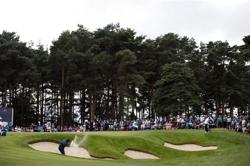