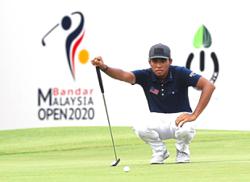 PETALING JAYA: Ben Leong emerged as the best Malaysian performer as he stayed in the top 10 after the first round of the Blue Canyon Phuket championship.

The former Asian Tour winner had four birdies and one bogey to finish with an opening round of three-under 69 at the Blue Canyon Country Club yesterday.

Ben shares 10th spot with 13 other golfers in what is the first Asian Tour tournament in almost two years.

Rookie pro Galven Green has a good chance of making the cut if he can improve his second round score today. Galven is lying in 79th spot on one-over 73.

Elder brother and former Asian Tour Order of Merit winner Gavin Green, however, has to double up his effort in the next round if he wants to play until the weekend.

Gavin and fellow Malaysian Nicholas Fung only managed a three-over 75 and are tied in 103rd position.

American John Catlin took a one-shot clubhouse lead with a seven-under 65, thanks to two eagles on the ninth and 15th holes.

He is one shot ahead of Taiwan’s Chan Shih-chang and South African Ian Snyman, who both carded six-under 66s.

The Malaysian Open early last year was the last Asian Tour event before the Covid-19 pandemic forced the calendar to shut down. 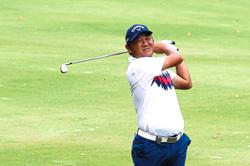