Maria Fassi will do well to continue with the form of her opening round. – AFP

MARIA Fassi, who partnered Stacy Lewis in last week’s Dow Great Lakes Bay Invitational, appears to have taken heed of a few lessons learned from the former world number one.

Fassi and Lewis finished tied for 12th in the two-strong Dow Great Lakes Bay Invitational team event, which was Fassi’s best finish so far this season.

And with what she gained from playing alongside Lewis, Fassi opened her account at the Amundi Evian Championship in France on Thursday with a 3-under 68 – three shots off Pajaree Anannarukarn’s lead.

“I asked Stacy a million questions,” saidFassi. “From what it is that she does in practice rounds to what she is looking for, to why she hit some of the shots she was or why she plays the way she plays.”

Fassi, fifth on the LPGA in driving distance (277.81yds), is outside the top-100 in driving accuracy and greens in regulation.

“I think my distance and my aggressive play are always going to be a part of me and I don’t think I need to shy away from that,” she added. “Hearing the reasoning and seeing the results Stacy’s had, I think it makes a lot of sense, but also is something that I think I can relate to.

“I need to embrace that that’s how I play the game, but also be smarter in some other areas and know when to use it and when to hold back.”

Fassi used Lewis’ advice in the first round at the Evian, the LPGA’s fourth Major of the year, and had four birdies and a bogey in her opening round.

On the other side of the Atlantic, men’s world number two Dustin Johnson has a stand-in caddie at the 3M Open this week, after his brother Austin Johnson reportedly tested positive for Covid-19.

Keith Sbarbaro, TaylorMade’s vice-president of Tour Operations, is Johnson’s caddie and has been on his bag before.

Johnson made an inauspicious start to the 3M Open and was T64 at one-under-par 70 after the first round. 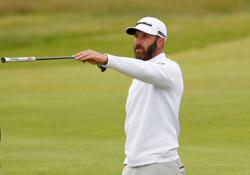 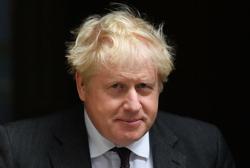