Amir Nazrin and Ainil Johani Bakar with the Yearbook and their prizes.

THE announcement by the Professional Golf of Malaysia (PGM) Tour this week that the circuit would get started, was welcome news for all those associated with the local pro game and indeed the region.

It also cleared the air surrounding what some had assumed was the Professional Golf Association of Malaysia (PGAM) blocking the schedule from starting up.

In announcing the schedule for the shortened season, Ahmad Sarji said there would be four events for the men’s pro Tour, three for the ladies and two Qualifying legs.` Three of the men’s events are earmarked as co-sanctioned with the Asian Development Tour (ADT), failing which they will become Closed tournaments – for local players only, if the borders are not opened by then.

There was speculation that a demand by PGAM to have the Tour pay a 3% levy had stalled the start of season. However, Ahmad Sarji said as far as they were concerned, they merely applied for a license to host their events, and have since received it. Hence, they can get going.

He said the Covid-19 pandemic had also played a part in the delayed start, but now that they were given the green light, they looked forward to getting things moving again.

“We cannot become involved with the dealings of other organisations and/or what they might want to do, ” said Ahmad Sarji, in response to a question at a press conference after the lunch that mentioned the PGAM. “All we have done is apply for the license which we have now received and will allow us to stage the Tour events. Obviously, we are grateful to the Ministry (of Sport) for issuing the license.

“Last season, like the eight before that, we also applied and received the license. And, as you know, 2019 was a heavy schedule that included 25 tournaments, four PGM Qualifying Schools, an inter-Tour matchplay fixture against Indonesia, a matchplay and a senior event, as well as a Ladies Tour, all of which offered prize money of more than RM4mil, ” said Ahmad Sarji.

The PGM Tour chairman said all PGM Tour cards expiry dates would be given a nine-month extension from the date that the cards expire, following the approval from their board of directors.

He added that all PGM Tour card holders who want to play on the PGM Tour will need to attend a briefing session on the revised PGM Players Handbook and General Tour Regulations.

“Attendance by all Tour card holders is compulsory. Those who do not attend the briefing will not be allowed to play on the PGM Tour, ” he said. “The dates for the briefings will be announced in due course.”

Ahmad Sarji said their events would follow strict SOP (standard operating procedure) protocols set down by the government and by the respective golf clubs.

Also, entry fees for all PGM Tour tournaments will now have to be paid via on-line transfers. 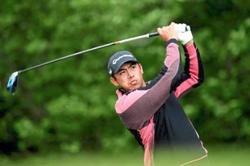