David Yeoh of The Star is flanked by Lim Eng Wah (left) and Tan Leng Hin after presenting them with their prizes at Penang Golf Club.

LIM Eng Wah and Tan Leng Hin dominated the 15th round of the Prudential Astro Masters when they finished with identical gross 79s at Penang Golf Club in Bukit Jambul, Penang.

After a countback, Tan emerged the winner due to a lower score over the last six holes of the back nine. It earned him an invitation to compete in the Prudential Astro Masters grand final in Siem Reap, Cambodia.

Lim was not to be left out in the race to Siem Reap. Despite missing out on the overall gross title, the 14-handicapper won the overall nett title after a countback with several others, carding a 68 in the process.

Lim also won the longest drive competition, recording a distance of 270 metres. Mohd Faizal Aminuddin came close to scoring a hole-in-one at the par-3 13th hole. The ball ended up 20cm from the cup and he took home a 50-inch Panasonic HD 3D television.

At the Kota Permai Golf & Country Club qualifier, it was a case of who won bragging rights as the day’s best player – Alan Yap Chin Tong and Hj Wan Din Wan Hassan shot identical scores of 75 and in the end the title went to Alan due to a better back nine score of 36 against Wan Din’s 37.

But the latter went home smiling as well because his handicap of nine ensured he won the overall nett title with an adjusted 68 score.

“I really wasn’t expecting to play that well,” said Alan. “But the superbly conditioned greens helped me make crucial putts.”

Both players won AmBank Santa Barbara travel bags, discount vouchers from Titoni and invitations to compete in the grand final in Siem Reap.

Mohd Shaif Ibrahim proved to be the most accurate off the tee when his effort at the par-3 14th hole ended up three feet two inches from the flag. He carted home a 50-inch Panasonic HD 3D television. Zainal Mohamad Noor too had reason to be pleased. He won a RM3,000 Titoni watch in the lucky draw.

Meanwhile, Ramzee Manai and Zamani Maran also earned themselves tickets to the grand final when they won the overall gross and nett titles at Eastwood Lake Golf & Country Club in Miri.

Ramzee proved why he was favourite to win the gross title when he carded a 77. He also drove the ball 243.2 metres to win the longest drive prize.

Dickson Berauk won the 50-inch Panasonic HD 3D television for being nearest to the pin, while Benedict Ku Soon Chai was the luckiest on the day when his scorecard was pulled out of the bag in the draw for the RM3,000 Titoni watch. 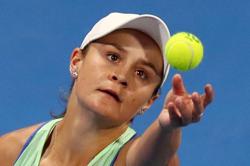