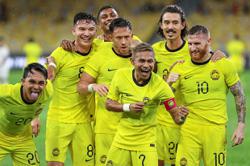 PETALING JAYA: It looks like wearing the captain’s armband has given extra powers to Faisal Halim, as he was instrumental in helping Malaysia beat Cambodia 4-0 in an international friendly at the National Stadium in Bukit Jalil on Friday (Dec 9).

The 24-year-old nippy winger scored two and assisted one to help the new-look Malaysian side gain some confidence before the AFF Mitsubishi Cup, which starts on Dec 20.

Faisal opened the scoring in the 11th minute when Darren Lok teed him, and he unleashed a superb screw shot to beat Cambodia’s goalkeeper Hul Kimhuy.

In the 38th minute, Faisal turned provider when he and Lee Tuck combined superbly with a neat one-two, which Tuck finished. It was Tuck’s debut goal for Malaysia in his first-ever Harimau Malaya outing.

Faisal got his second in the 38th minute when he finished off a pass from Darren.

In the 86th minute, Stuart Wilkin, also making his debut, got his first goal for the country when he lashed on a spilt save from Kimhuy.

Malaysia will next take on Maldives in an international friendly at the Cheras Football Stadium on Dec 14.

Their first AFF Mitsubishi Cup Group B match will be against Myanmar at the Thuwanna Stadium in Yangon on Dec 21. 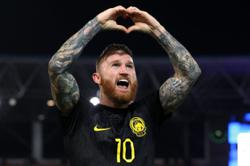