(Reuters) - Malmo's Europa League match against Union Berlin on Thursday was interrupted for around 20 minutes in the second half after fans threw fireworks onto the pitch.

Swedish media reported that Union Berlin supporters threw fireworks onto the pitch shortly after the second half started and Malmo supporters responded by throwing a flare.

Reuters has contacted European soccer's governing body UEFA for comment on the incident.

The game resumed and ended in a 1-0 win for Union Berlin after Sheraldo Becker scored in the 68th minute.

Malmo are bottom of Group D with no points after three games, while Union are third with three points. 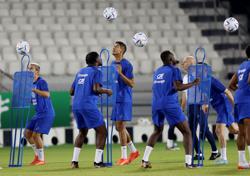