PETALING JAYA: The FA Cup final between Terengganu and Johor Darul Ta’zim will take place as scheduled on Sept 10 at the Bukit Jalil National Stadium even though the venue is undergoing renovation.

The initial plan of renovating the stadium was supposed to start in March next year but it was brought forward after the poor conditions at the stadium received heavy criticism.

The Football Association of Malaysia (FAM) had insisted that the Malaysia Stadiums Board (MSB) reopen the stadium for the Cup final.

Youth and Sports Minister Datuk Seri Ahmad Faizal Azumu siad yesterday there should be no problems and that the final will go on as scheduled.

“In my opinion, this has become a responsibility for the stadium’s management to prioritise this issue as it is considered of national importance.

“We will try our best to make sure the renovation of the facilities like toilets be accelerated or stopped so that the field can be used for the final match.

“This is the sacrifice that we must make to ensure that the match could take place. If I’m not mistaken, both parties from Terengganu and Johor Darul Ta’zim have visited the stadium and they are satisfied with it.

“They did not complain about anything and agreed to play in the stadium,” he said after launching the 30-day countdown to the Malaysia Games (Sukma) yesterday. 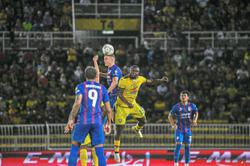 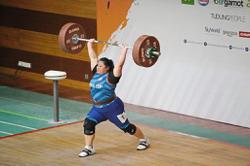