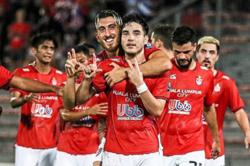 PETALING JAYA: Negri Sembilan winger Sean Selvaraj hopes to hit new heights in his career after a wonder goal he scored has been officially nominated by the Football Association of Malaysia (FAM) for this year’s FIFA Puskas Award.The gem of a strike came in the 88th minute against Sean’s former team Selangor which Negri won 3-2 on Aug 1.

Running from the left flank, the 26-year-old cut inside and unleashed a superb right-footed howitzer from 30m out, giving Selangor goalkeeper Samuel Somerville no chance.

The Puskas Award is given to a male or female player judged to have scored the most beautiful goal of the calendar year.

A thrilled Sean said he was in dreamland after hearing about the nomination.

“I didn’t think this was possible. I never dreamt of this. It kind of feels like a perfect dream. Scoring against your former club, almost in the last minute and also the winning goal - this is the best goal I’ve ever scored,” he said.

“I also believe it is the best goal of the season so far in the Malaysian League. It was also nice to be recognised by FIFA when they tweeted if it should be considered for the Puskas, and now the FAM have officially nominated it.

“This is a big breakthrough in my career.”

Sean said the goal was a result of regular practice.

“In training, almost every day I take that kind of shot from a similar spot.

“Against Selangor, I saw no one was pressing me, so I pushed the ball and knuckled it. When I hit the shot, I knew it was sweet as I hit it with the right power. The moment the ball left my foot, I knew it was going in.”

Sean said that after the goal, he was considered for first-team action and started in Negri’s 2-0 win over Petaling Jaya City last week.

“I’m hopeful that I’ll get another chance when we face KL tomorrow.

“I hope to get some goals in the upcoming matches and maintain my spot.”

Meanwhile, FAM deputy president Datuk S. Sivasundaram, who confirmed Sean’s nomination in a statement, said the age limit for the President and Youth Cups would be changed from next season.

The President Cup will be an Under-20 tournament, while the Youth Cup an Under-19 competition. 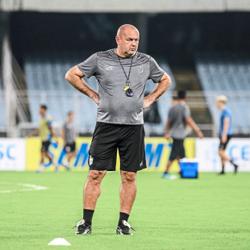