Selangor defender Yazan armed to put the shackles on Olusegun

Hungry for a win: Yazan Al-Arab will have to be wary of the threat by former Selangor hotshot Ifedayo Olusegun (pic, below) who now plays for Melaka.

PETALING JAYA: Selangor’s Jordanian centreback Yazan Al-Arab has a huge role to fulfil as the Red Giants square off against Melaka at the Hang Jebat Stadium today.

The 26-year-old has the unenviable task of marking former Selangor idol Ifedayo Olusegun, who now leads the Mousedeer’s strikeforce. 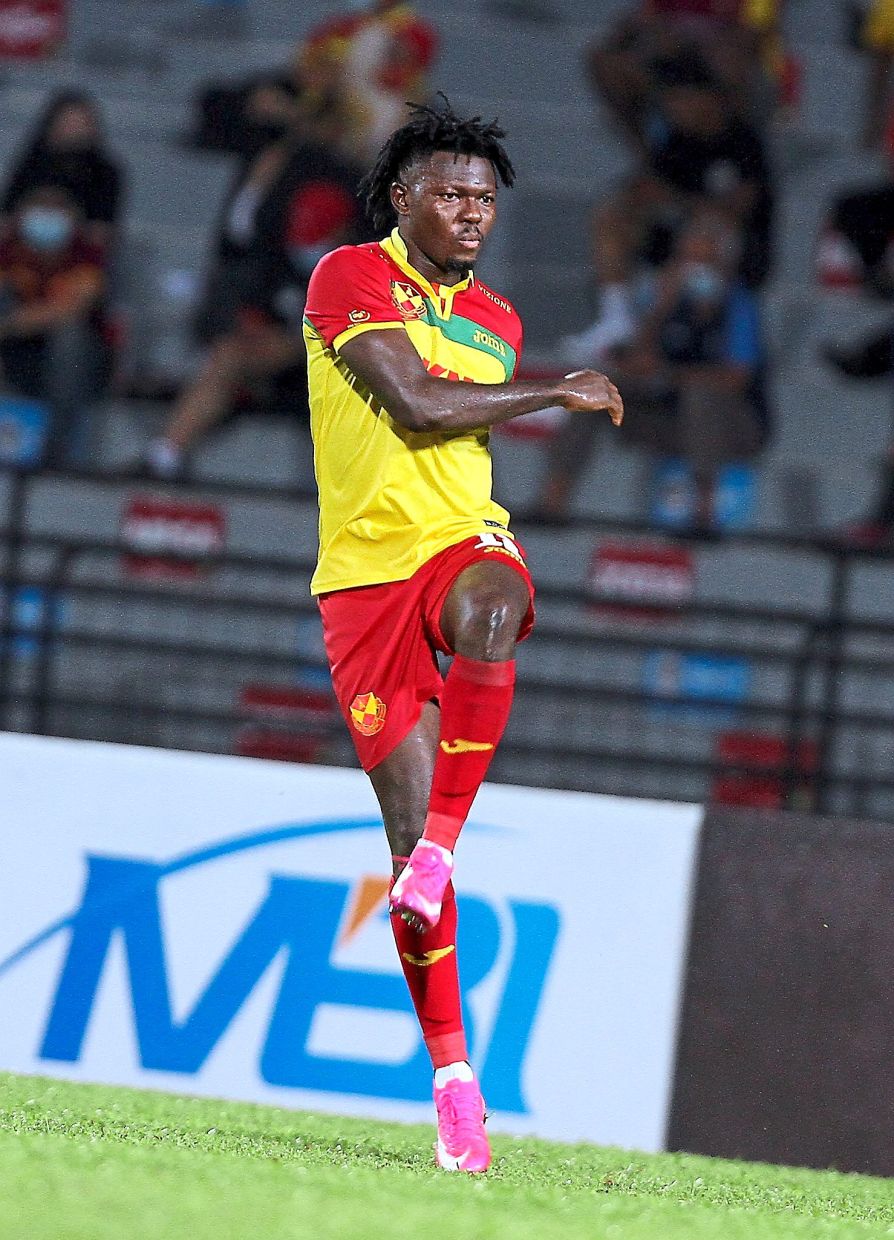 He hasn’t made quite the same impact with Melaka after his move there this season, but Yazan can expect something special from the seasoned hitman when he faces his former team.

“We all know Ifedayo and what he did for Selangor last season. He won the Golden Boot and he’s still one of the top goal poachers around,’’ said Yazan.

“But my focus is to stop him and the other attackers like Sony (Norde) and Adriano (Narcizo) from scoring.

“That’s my job, and I will do it with discipline.”

Yazan, however, won’t have his usual partner Sharul Nazeem Zulpakar, who is suspended after collecting three yellow cards.

Brazilian winger Hyuri Henrique is also out for the same number of yellow cards.

Both teams will be hungry for full points given their current positions in the league.

Selangor are eighth with 12 points after eight games and a win will see them in the top four.

As for Melaka, a win will get them away from the relegation zone as they are ninth with nine points from nine games.

Meanwhile, Yazan is heartened to see many Jordanians plying their trade in the Malaysian League.

Apart from his teammate Baha Abdelrahman, Mahmoud Al-Mardi is playing for Kedah while Fadi Awad is with Police in the Premier League.

“Jordan have lots of talented players and I am sure we will only get better after playing here.’’