PETALING JAYA: JSA United lived up to their top billing to win two of the three titles at stake in the inaugural Milo Challenge Cup at their own turf in Setia Alam recently.

The tournament, which was initiated to allow football academies around the nation to parade their young talents, was played at the JSA Arena where five age groups - Under-8, Under-10, Under-12, Under-14 and Under-17 – were contested.

The Under-17 took centretstage where JSA claimed the title by defeating Johor Darul Ta’zim 6-5 on penalties after both teams were tied scoreless at full-time.

The final was witnessed by a packed crowd of close to 5,000 spectators.

JSA also won the Under-10 title, beating Perdana United 1-0 to add to their Under-17 success while JDT did not return empty-handed by clinching the Under-14 crown by beating TSS Selangor Yellow 1-0.

Selangor Yellow, however, made amends by winning the Under-12 title after a 2-0 win over Stylo Mylo.

“The boys were consistent on the field and I’m happy that they have carried out their duties as well as planned.

“They maintained their composure despite the heavy downpour,” said Lafizulnizam.

The top 12 teams of each category will feature in the Milo Junior Champions League that will take place later this year. 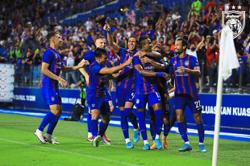 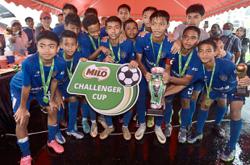