ZURICH (Reuters) -The last two European champions, Italy and Portugal, could face off for a spot at the 2022 World Cup in Qatar after they were drawn on Friday in the same path for the playoffs.

The 12 teams -- 10 of which finished runners-up in their groups -- were split into three four-team paths, each with its own semi-finals and final. Seeded teams were guaranteed a home game in the semi-finals.

The winning team from each path qualifies for the World Cup in Qatar, meaning Italy and Portugal cannot both reach the tournament.

Italy, who won the Euros earlier this year, and 2016 European champions Portugal will play their semi-final games at home against North Macedonia and Turkey, respectively.

Should the two heavyweights advance, Cristiano Ronaldo's Portugal will have home advantage in the final.

"It could have been a little better," Italy coach Roberto Mancini told RAI2.

"As we would have gladly avoided them (Portugal), probably they too would have avoided us. We will have to play a great match (against North Macedonia), then we will see in the final."

Failure to advance would be a major blow for four-times World Cup winners Italy, who did not reach the 2018 edition when they were knocked out by Sweden in the playoffs -- the first time they had missed out on qualification in 60 years.

"We already did it last time and we of course (think) that we can do it again. It won't be easy against the Czechs, though," Sweden manager Janne Andersson said.

North Macedonia head coach Blagoja Milevski said they had "massive respect" for Italy, who had "dispelled the stereotype" of being a defensive team in their Euros triumph.

"We have to adapt to the challenge and make the most of our own quality as we want to show that we deserved our playoff berth," Milevski said.

"Italy are the favourites, but we have shown in the past that we can play good football home and away."

Portugal captain Ronaldo, the leading scorer in men's international football, has scored in the last four World Cups but the 36-year-old's side must get past Turkey first.

"We can't count them out. They always put on a fight against their rivals," Portugal coach Fernando Santos said of Turkey, refusing to discuss a potential final with Italy.

"We can't look back and analyse now what they did in the Euros (where Turkey lost all three group games). We need to look in depth at the way they play, but what we really need is to be prepared to those matches."

Wales, who are looking to make their first World Cup in 64 years, were drawn in the same path as Scotland, who have not qualified since 1998.

"We've given ourselves a great opportunity. We've worked ever so hard to finish second and get that home draw. We've got everything to play for," Wales manager Robert Page told the BBC.

Played at Liverpool's Anfield stadium, the Scots took the lead with a penalty awarded for handball even though replays showed it was Scotland striker Joe Jordan who handled.

Scotland won 2-0 to earn a place at the World Cup in Argentina the following year.

Eight years later, Scotland earned a vital draw in Cardiff to book a place at Mexico '86, but the celebrations were cut short after manager Jock Stein suffered a heart-attack on the touchline and died in the changing rooms shortly afterwards.

The playoff semi-finals and finals will be played from March 24-29.

FIFA also held the draw for the intercontinental playoffs where the Asian qualifier will play a team from South America while one from the CONCACAF region faces Oceania's qualifier. 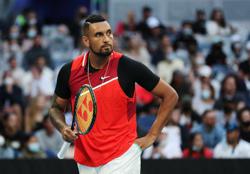