Spurs centre back Japhet Tanganga was shown a second yellow card in the 58th minute for a foul on Jordan Ayew, five minutes after the defender was adjudged to have illegally blocked winger Wilfried Zaha.

Matters got worse for the visitors as Palace were awarded a penalty when Ben Davies handled from a Conor Gallagher cross in the 75th minute, and Zaha dispatched the spot-kick past Hugo Lloris.

"I think it was a really good team performance. We started the game quite well with a lot of energy. We competed quite well, managing to win the ball quite high," Palace manager Patrick Vieira said after his first win in the job.

Palace scored again six minutes from time through Edouard, who slotted home from Zaha's cross 27 seconds after coming on, and the Frenchman, who joined Palace from Celtic, completed his dream debut in stoppage time following a slick team move.

"I think it's a dream start for (Edouard)... We have to give credit to Christian Benteke who worked really hard in the first 70 minutes and when Edouard came on he took his goals well," added Vieira.

Earlier, Spurs, who were without the injured Son Heung-min and had to take off Eric Dier due to a suspected ankle problem after just 12 minutes, struggled to get going in attack and had just one shot on target in the game.

"It is a big concern, we had enough quality and talent to play better. We didn't do it, credit to Palace they were aggressive and they didn't allow too much time on the ball," said Spurs manager Nuno Espirito Santo.

Spurs provisionally remained top of the table while Palace moved up to 11th place. 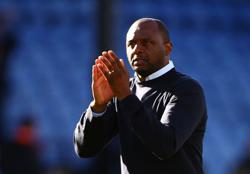 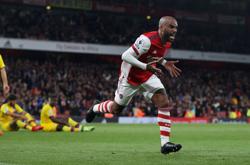