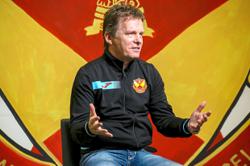 PETALING JAYA: Selangor’s young guns earned their keeps to steer the Red Giants to a 4-1 win over Penang in a Super League match at the City Stadium in Georgetown.

Their Nigerian hitman Ifedayo Olusegun scored a brace in the 16th and 90th minute while Ahmad Danial Ahmad Asri (49th) and Sean Selvaraj (57th) netted the other goals. Penang’s goal came from David Rowley in the 40th minute.

Selangor’s 53-year-old German coach Karsten Neitzel said despite the big scoreline, the win did not come easy on Saturday.

“I’m glad the young boys proved that they have the right mentality and team spirit. They pushed, worked hard and showed plenty of energy. I’m proud of them,” said Neitzel.

“Initially we had some problems but we changed things and it got better.

“Khairul also saved one of the two penalties while they skied the other.

“These three points are essential to us. Since returning to action on July 24, we were unlucky not to beat Kuala Lumpur and against JDT, we were looking for points but got defeated.

“So this win feels good but it must not stop there. On Tuesday (tomorrow), we face UiTM and we will rotate the squad and have a fresh team.

“But the mentality will remain the same... push until the end.” 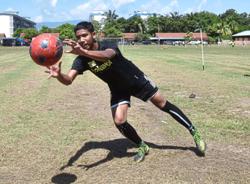