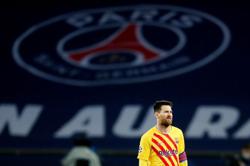 PETALING JAYA: Johor Darul Ta’zim (JDT) showed that they could mix it with the big boys with their organisation and craft, but it wasn't enough as they were beaten 0-1 by Japanese club Nagoya Grampus Eight.

The two teams faced off in their Group G AFC Champions League opener at the Rajamangala Stadium in Bangkok on Tuesday (June 23).

Winger Hiroyuki Abe scored the winner for Nagoya when he scored in the 60th minute after receiving a pass from striker Ryogo Yamazaki.

JDT thought they got the equaliser in the 92nd minute when Bergson scored a header off a Matthew Davies cross, but the match referee adjudged that the Brazilian fouled Yasuki Kimoto.

However, replays showed that it was a 50-50 situation between the striker and the defender, and Bergson certainly felt robbed.

JDT will next face Thai club Ratchaburi on June 25 at the Rajamangala Stadium.