PRAGUE: Goalkeeper Ales Mandous’ unexpected journey to the national side started with what he thought was a prank call and ended with a dream come true as a member of the Czech team for the Euro 2020 tournament that kicks off tomorrow.

That September call after Covid-19 sidelined the regular national team members and forced the Czechs to scramble together a makeshift squad to face Scotland in a Nations League match gave the 29-year-old Olomouc goalkeeper a chance to impress.

“At first there were reports that the game was cancelled and that it could not be played so nobody expected the match to go on, ” Mandous said.

“I was just walking my dog when coach Holoubek called me and told me that I am nominated for the match. At first I thought it was a joke.”

The global pandemic has forced organisers to scale back plans for the upcoming tournament with fans facing capacity limits at venues and teams electing to remain based in their own country.

But for players like Mandous, it provided an opportunity.

His chance came eight years after his sole national team appearance in 2013 as an Under-21 player when coronavirus concerns forced the Czechs to assemble the squad of mainly newcomers led by Under-18 coach David Holoubek.

With nine players making their senior international debuts, the team put on a battling performance in a 2-1 loss to Scotland as Mandous put on an assured performance to force his way into further consideration.

“It’s a great honour to play for the national team and for me to be there, ” Mandous said.

“Not many people are lucky enough to represent their country.”

While Mandous prepares for the tournament that the Czechs enter on June 14 against host nation Scotland, he is unlikely to leave the bench as he sits behind Werder Bremen’s Jiri Pavlenka and Sevilla’s Tomas Vaclik in the goalkeeping pecking order.

The Czechs – appearing in their seventh consecutive Euro Finals – face a challenge to get out of Group D that also includes tournament favourites England, host nation Scotland and 2018 World Cup finalists Croatia.

For unlikely squad member Mandous, the opportunity to take part in the tournament outweighs disappointing his girlfriend for cancelling holiday plans when coach Jaroslav Silhavy named him in the final 26-man roster.

“My girlfriend and I were planning a holiday in Greece but I am very happy to be here at the tournament, ” Mandous said. — Reuters 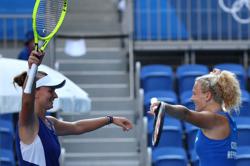 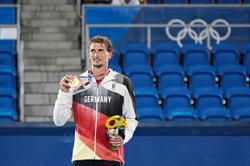